Mixed reactions has trailed reports about the President Muhammadu Buhari traveling out of the country to seek medical attention as part of his routine check-ups in the UK. 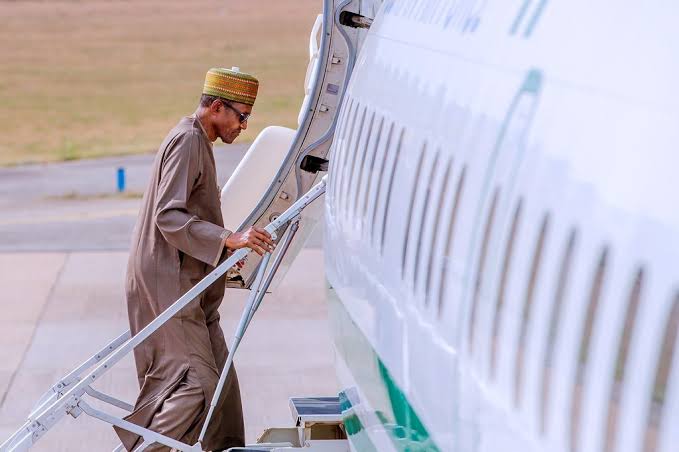 The spokesperson to the President, Garba Shehu made this announcement via his Twitter handle and revealed that President Buhari will be away for about two weeks as he will make his return to Nigeria in in the second week of April. 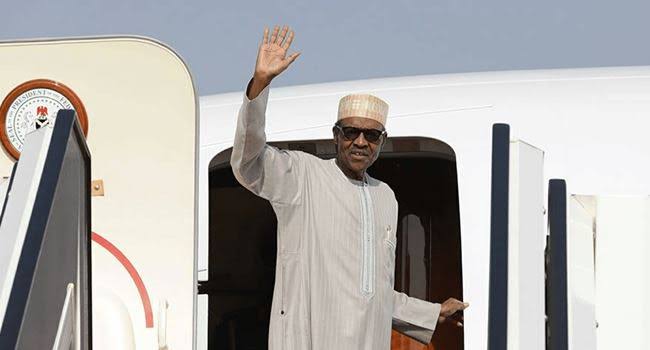 The President meets with Security Chiefs first in the morning, after which he embarks on the journey. He is due back in the country during the second week of April, 2021,” he wrote via Twitter.

Whilst this announcement raised concerns about the health state and well-being of the leader, others cared less about his presence or absence as they claim his absence will make no impact on the economy or lives of the citizenry.

See some reactions below: 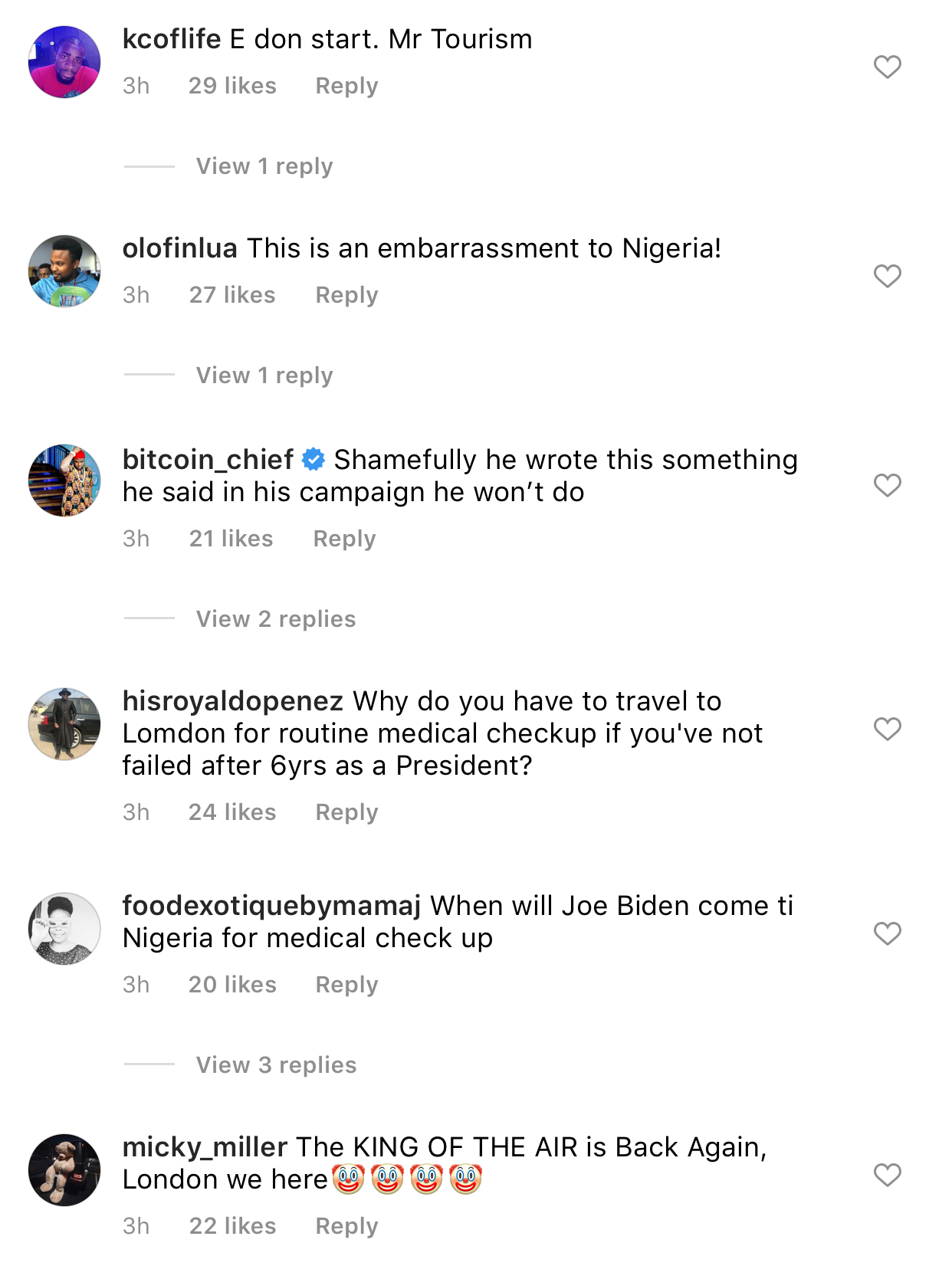 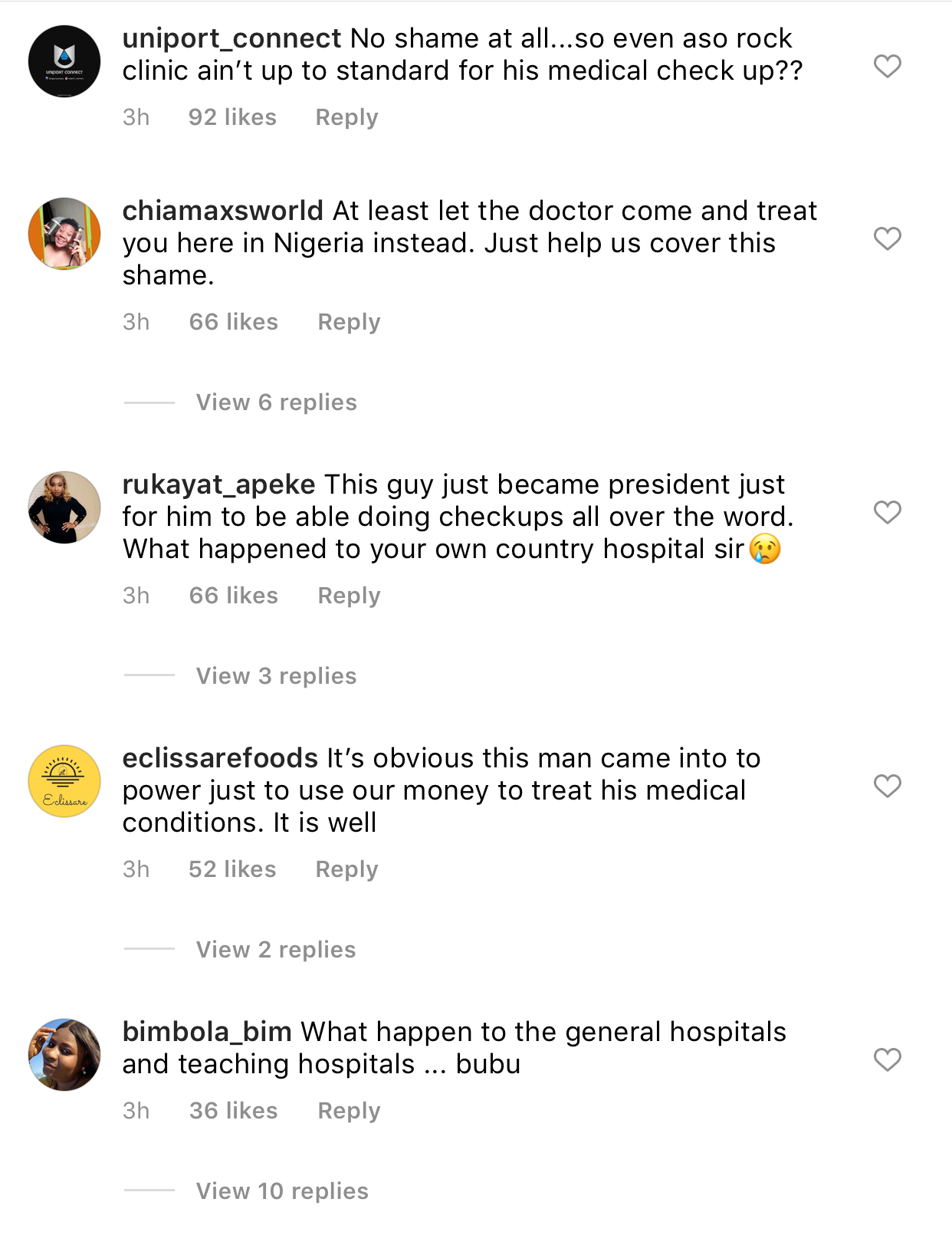 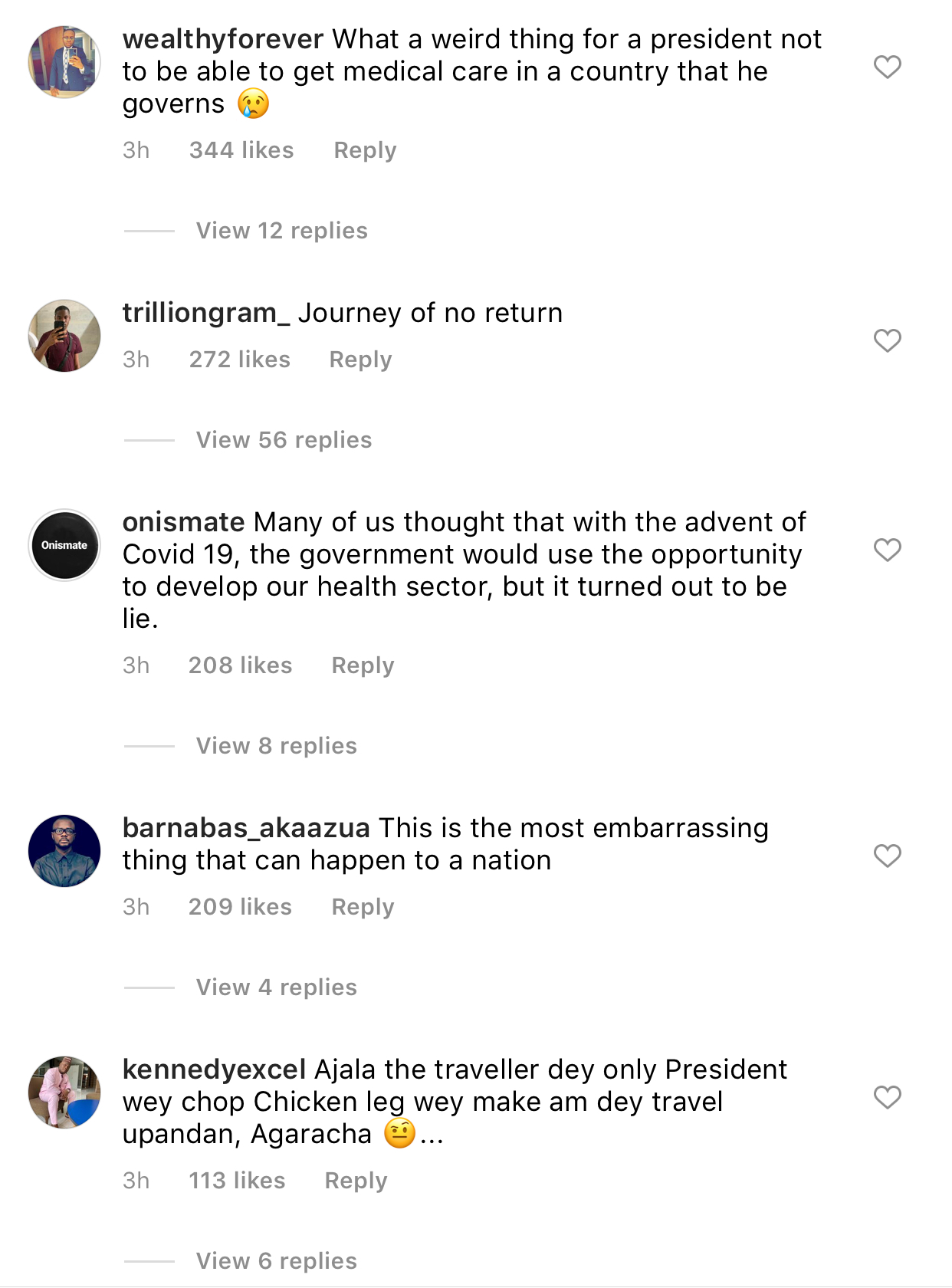