Juliet Ibrahim has just given us a glimpse of what makes her one of the most beautiful women in Africa after showing off her full ‘360’ with her banging body in a bikini. 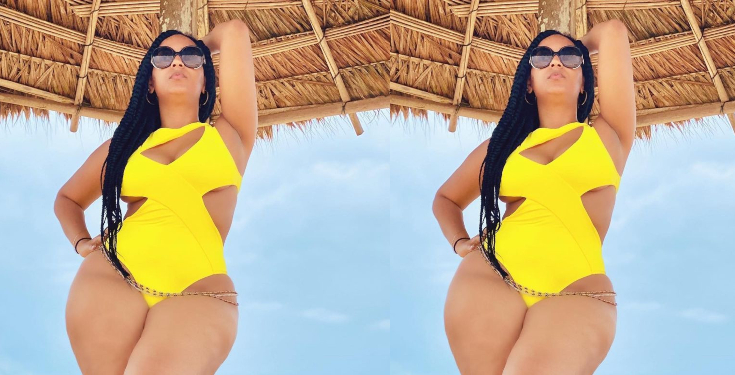 The actress, filmmaker, and mother of one is spotted in a yellow swimsuit that accentuates her sensual hips and sizeable bums- a situation we believe is causing her male fans to go in circles with wild thoughts (apologies to DJ Khaled).

The actress was in the news recently when she made a post about how young men and wo men waste their youthfulness in petty relationship squabbles.

In an Instagram post she shared, Juliet added that men and women behind such acts end up wanting someone who is not damaged when they are ready to settle down.

Did you realize that so many men and women spend their youthful years damaging others and when they’re ready to settle down they want a person who’s NOT damaged?

Anyways, check out the photos we spoke about from the onset;

Juliet Ibrahim is a Liberian actress, film producer and singer of Lebanese, Ghanaian and Liberian descent. She won the Best Actress in a Leading Role award at the 2010 Ghana Movie Awards for her role in 4 Play. She has been referred to as the “Most Beautiful West African Woman” according to A-listers Magazine.