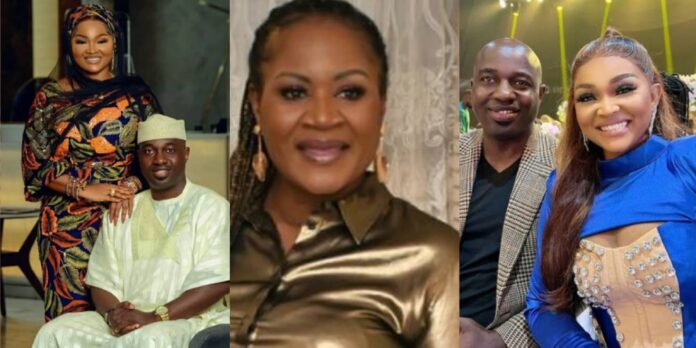 Kazim Adeoti, husband of actress Mercy Aigbe, has responded to his first wife, Oluwafunsho’s claim of building and furnishing the house he and Mercy currently live in.

Recall that Oluwafunsho took to social media to issue a stern warning to the couple after Mercy shared a video of herself in the house.

Funsho asked the actress to pull down the videos and photos she took in the house. A defiant Mercy shared another video of herself in the house. 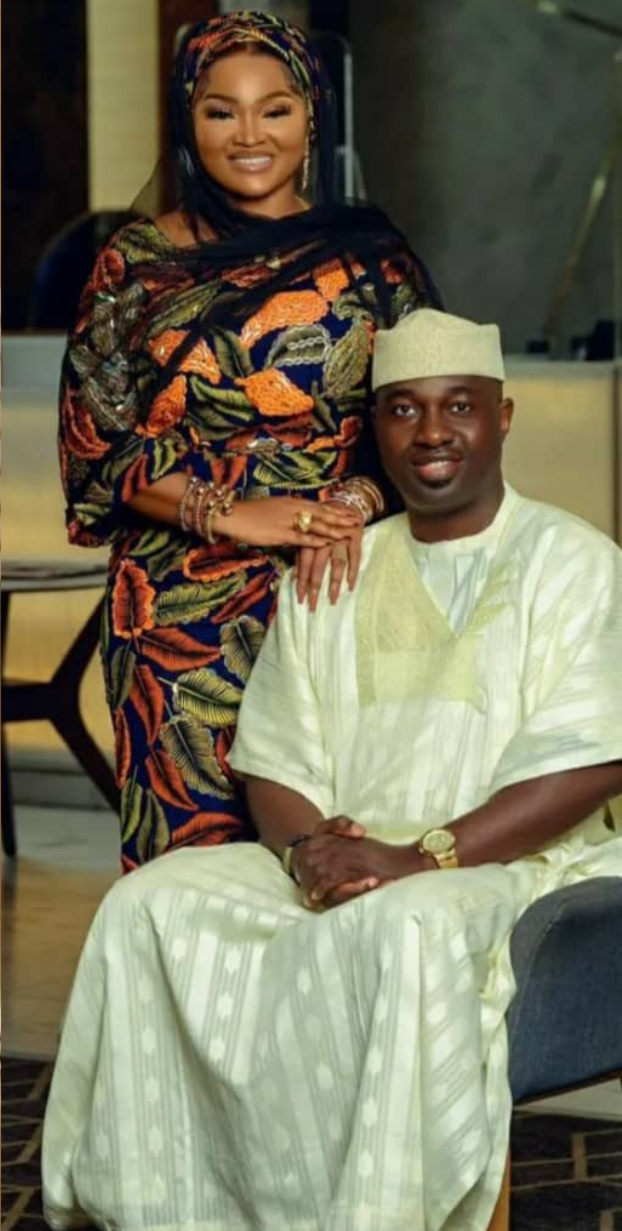 Oluwafunsho while reacting, expressed her anger at the ”audacity” Mercy had to be making a video and posting in a house she built with Kazim. Read here.

Kazim has now responded to her claims. In a statement released on his Instagram page, Kazim said he built the said house by himself and that Funsho is only angry because he got married to a second wife.

According to him, Oluwafunsho forced him to marry a second wife when she relocated to the US permanently. 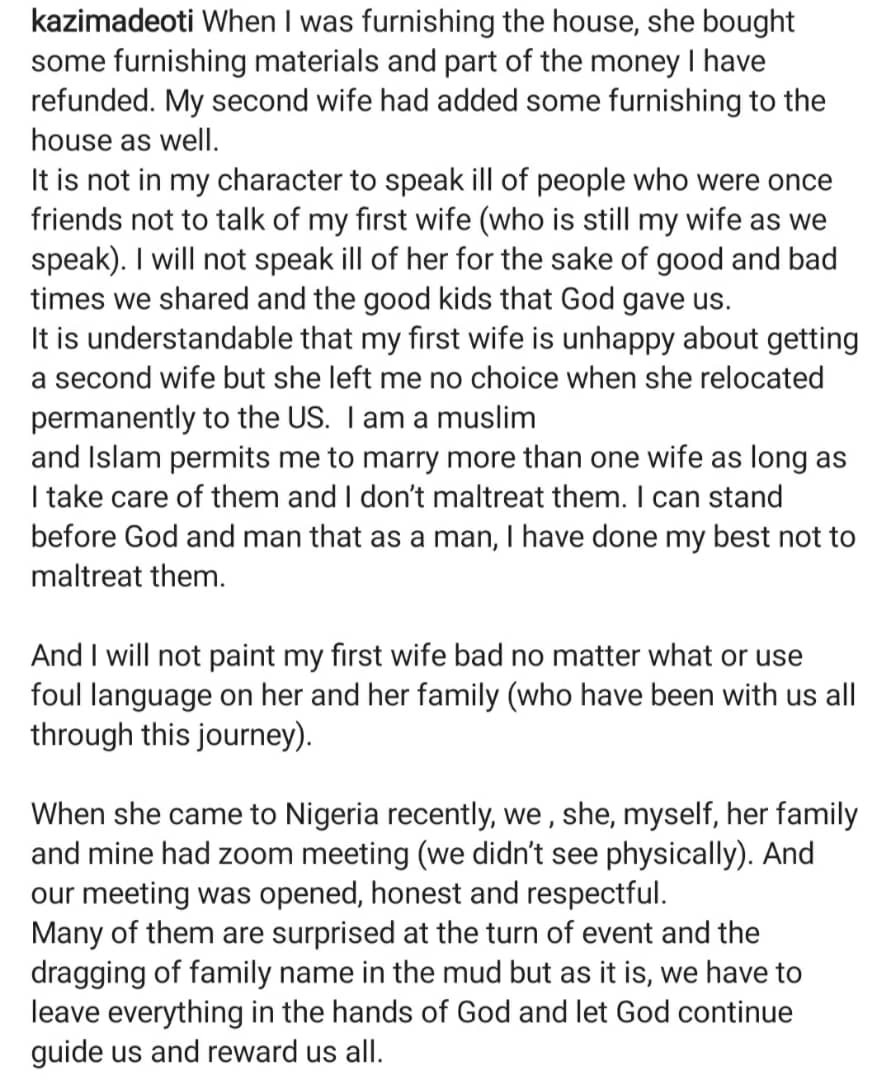 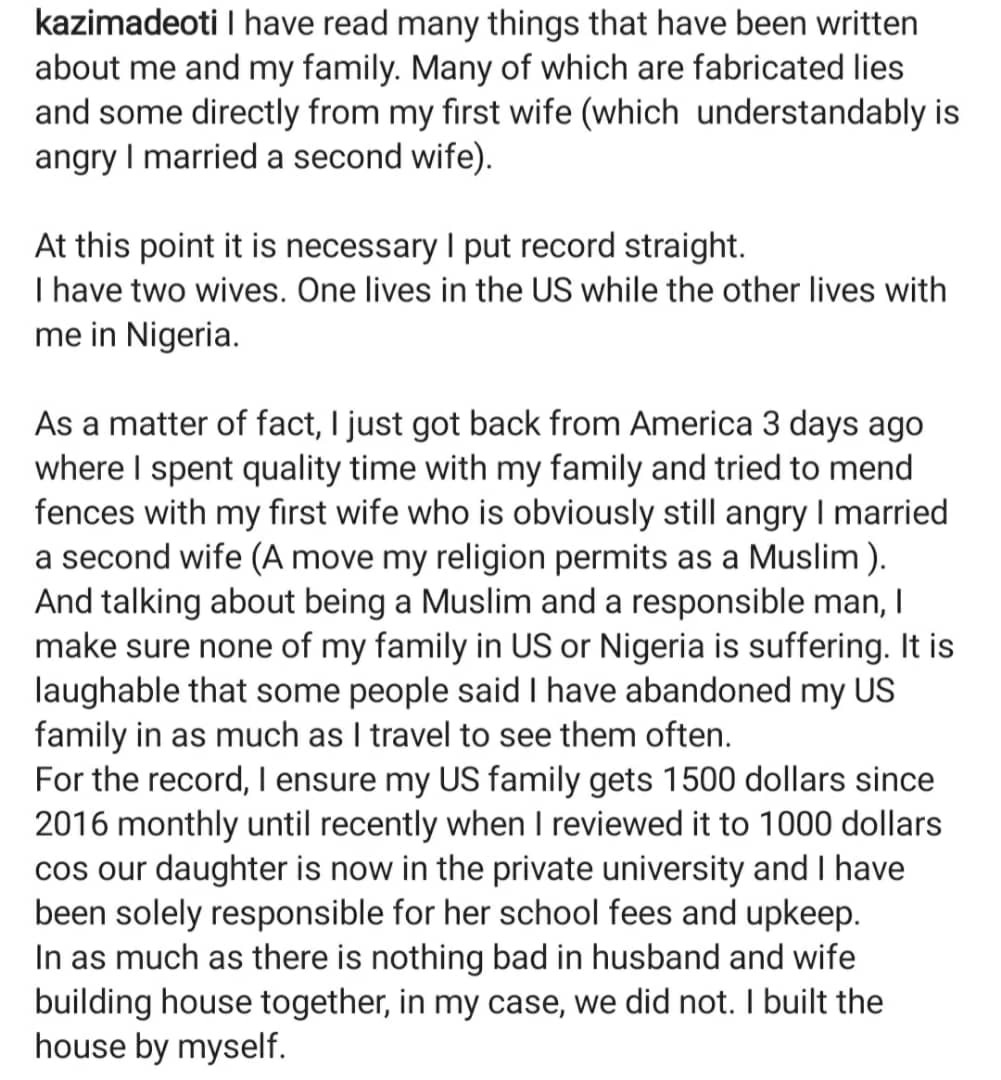