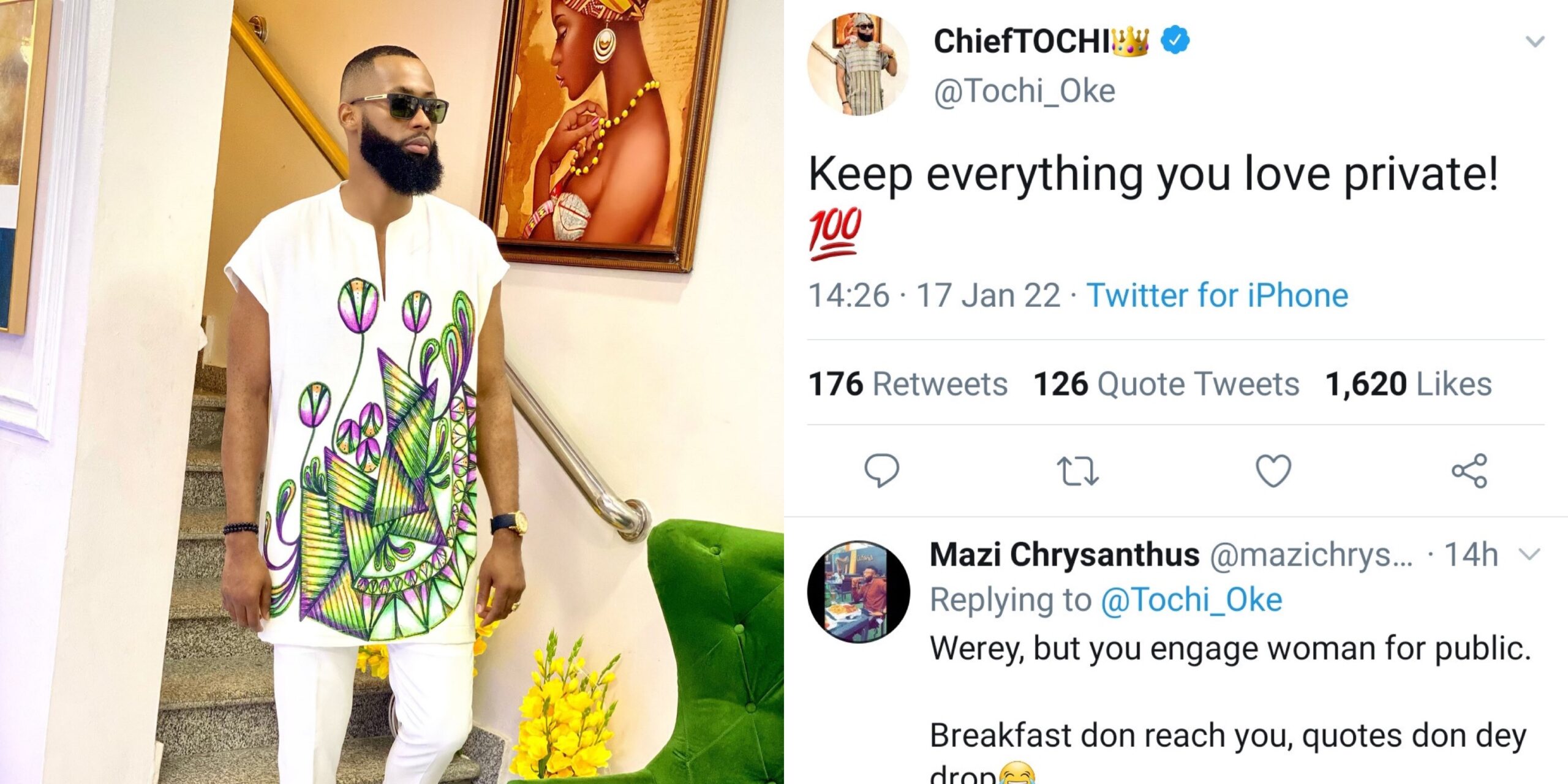 Tochi took to Twitter to drop a ‘motivational quote’ about keeping things private, but it didn’t go down well with people.

Twitter users responded, telling him he didn’t keep his girlfriend private when he proposed to her but is now asking others to because his ‘didn’t end well.’ 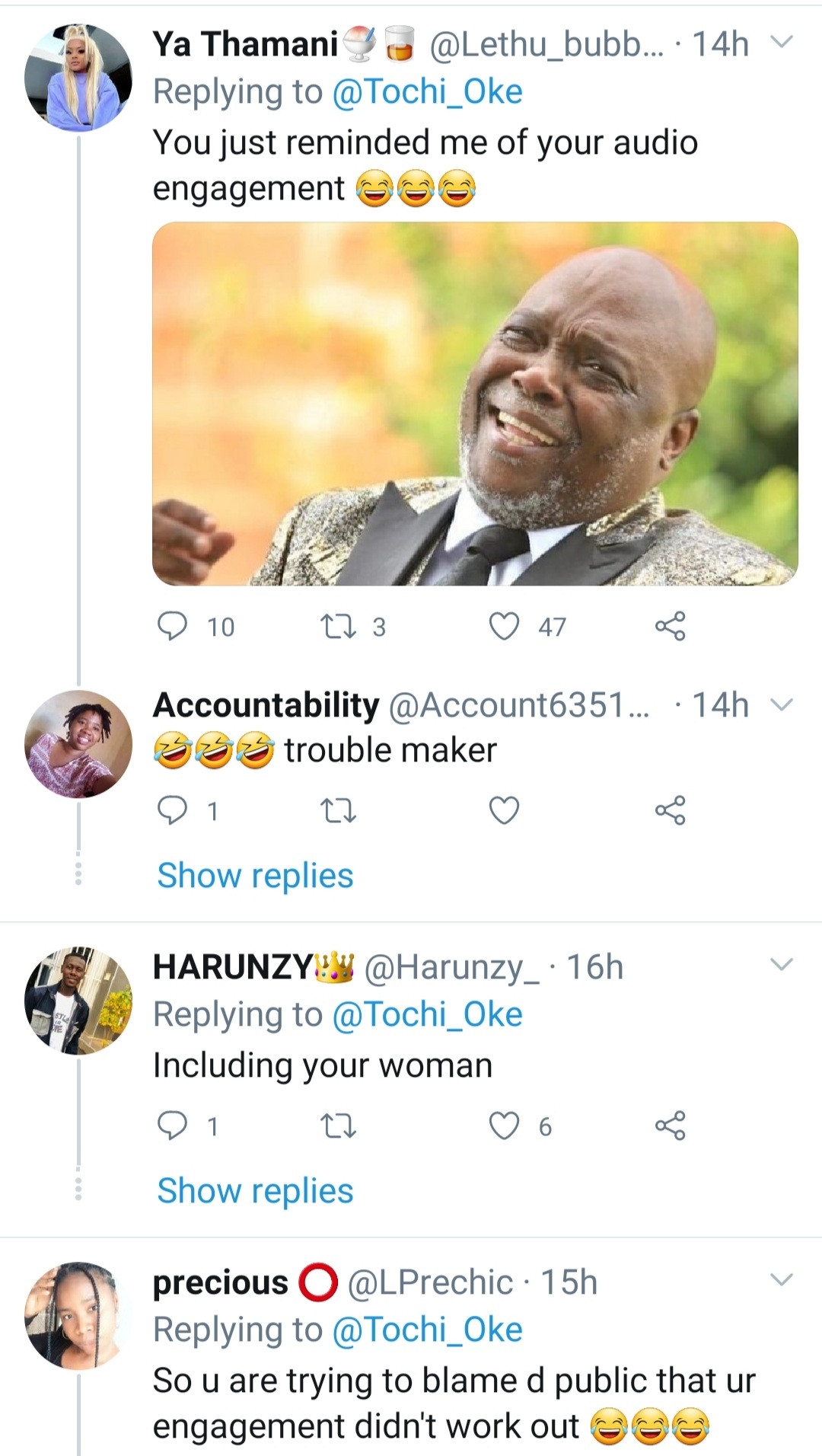 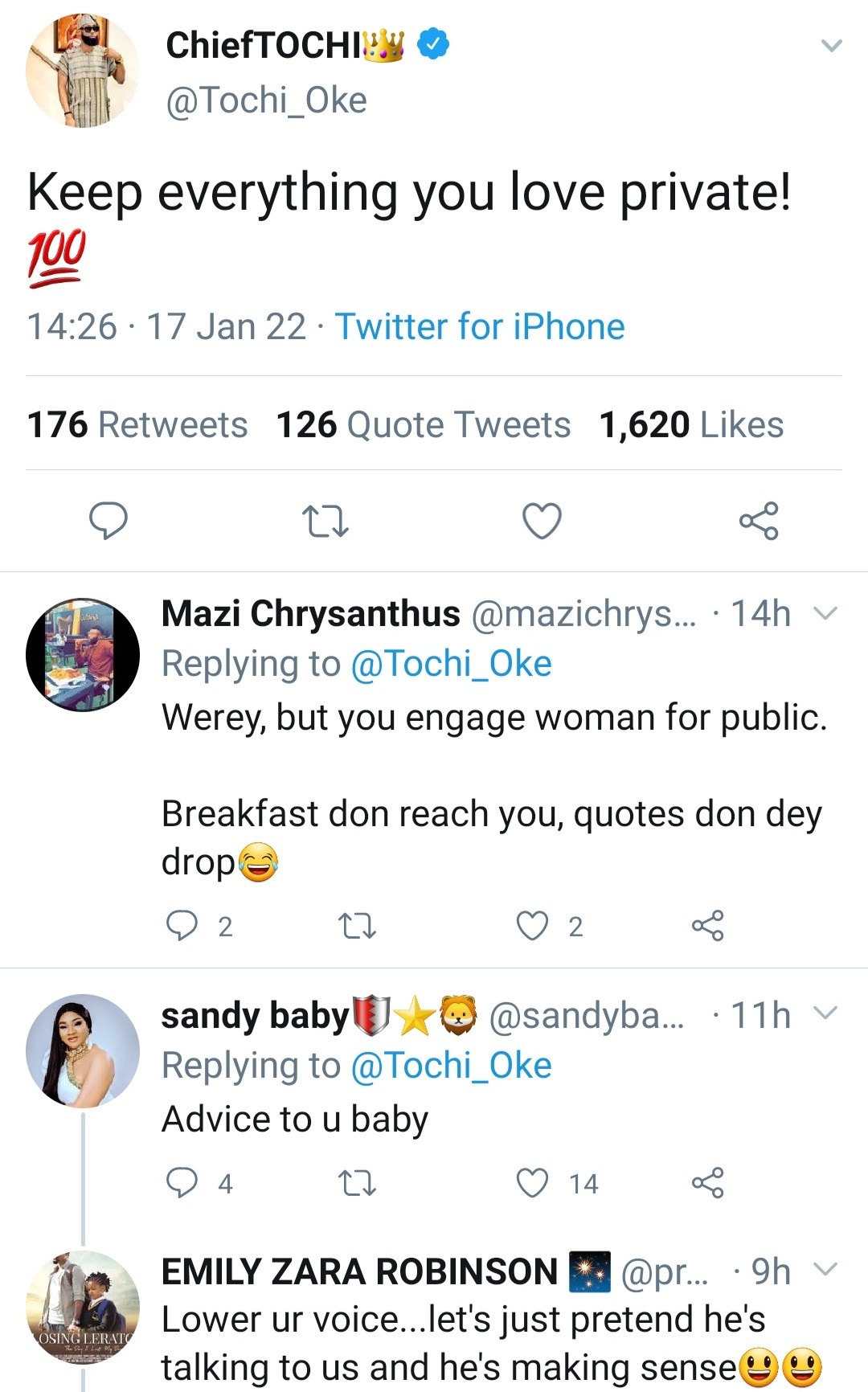 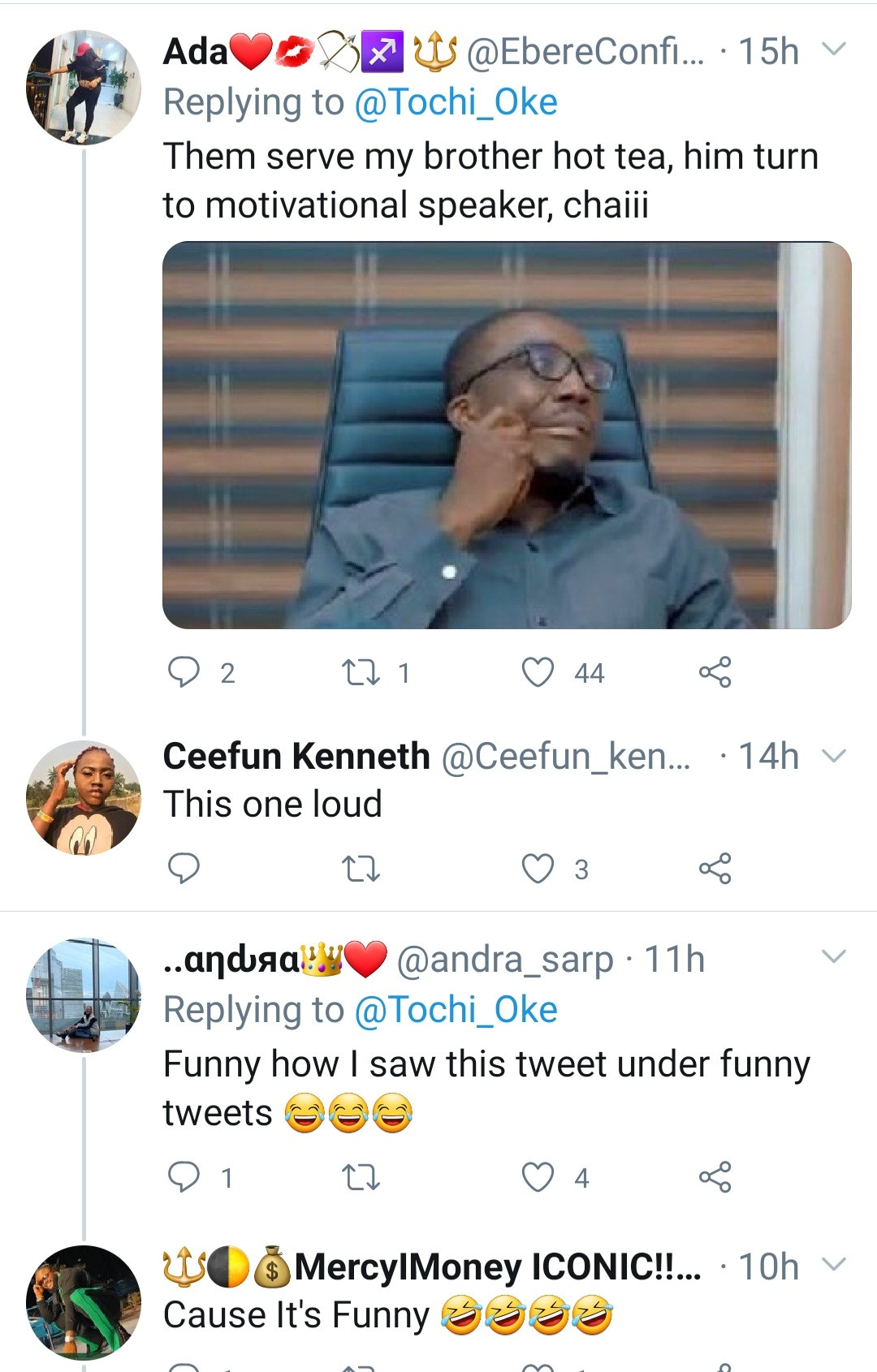