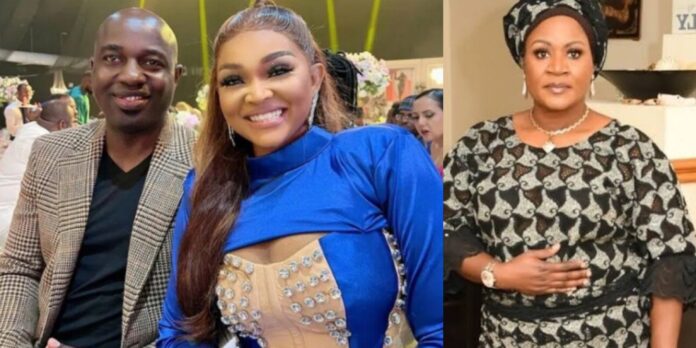 Funsho Adeoti, first wife of filmmaker Kazim Adeoti has again warned him and his new wife and actress Mercy Aigbe against making videos or taking photos in their house. 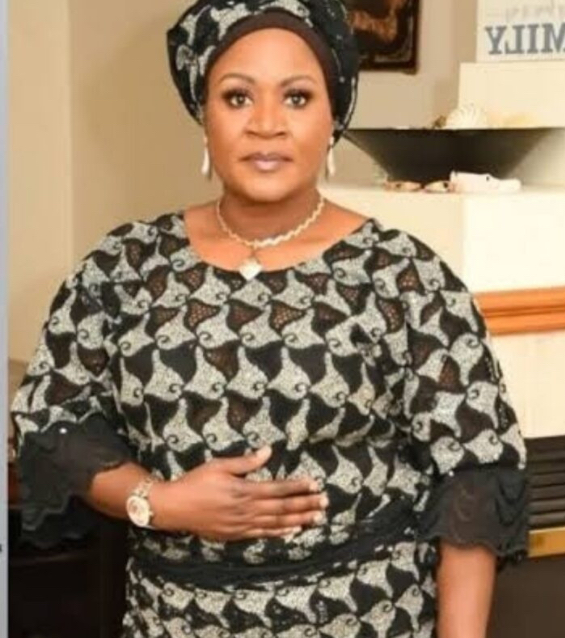 Funsho who shared screenshots of messages she sent to Kazim, described the house as her “sweat”, adding that she furnished it with her hard-earned money. 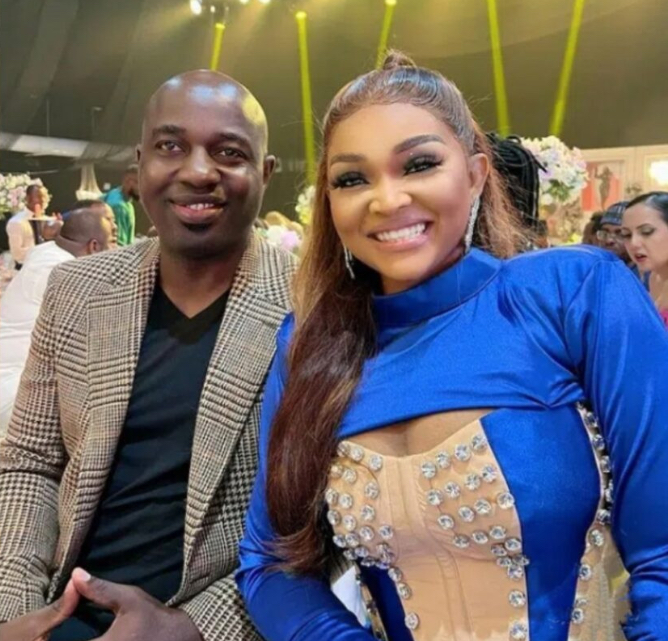 She also “cursed” the day she married him and further warned him to stop testing her.

See screenshots of the messages below: 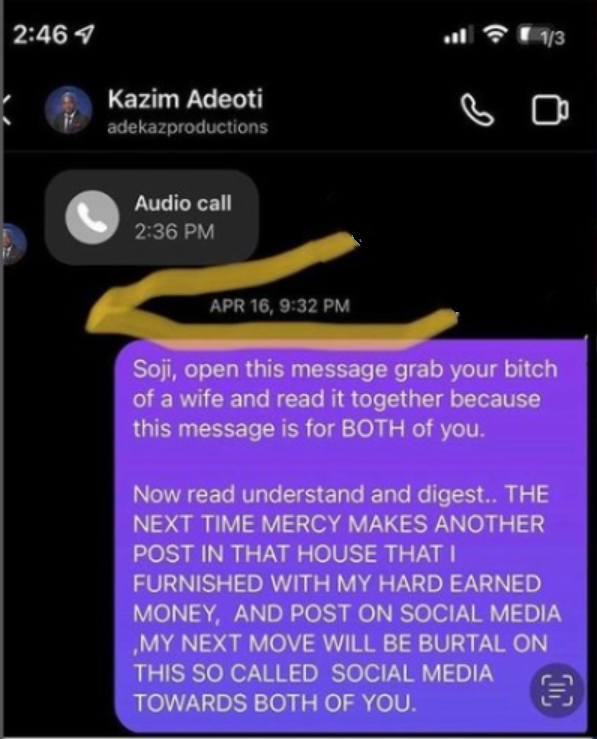 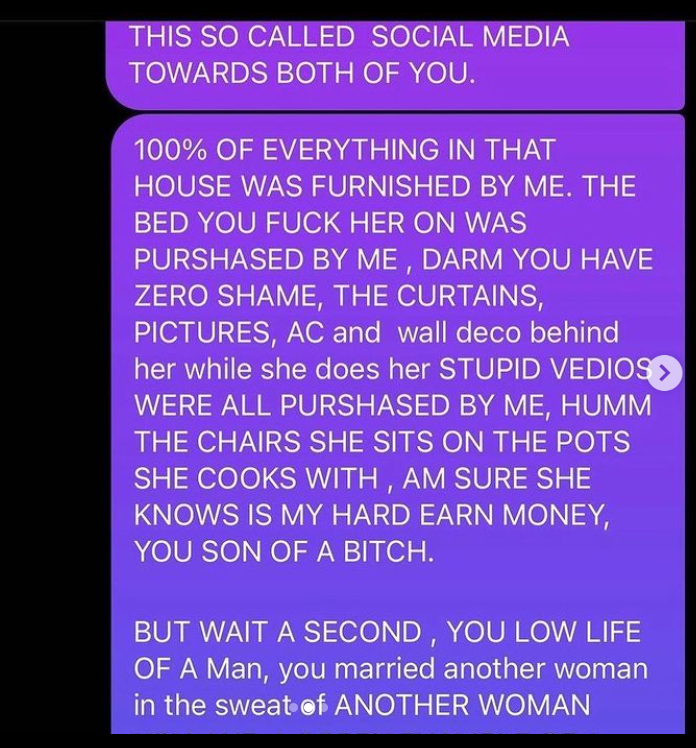 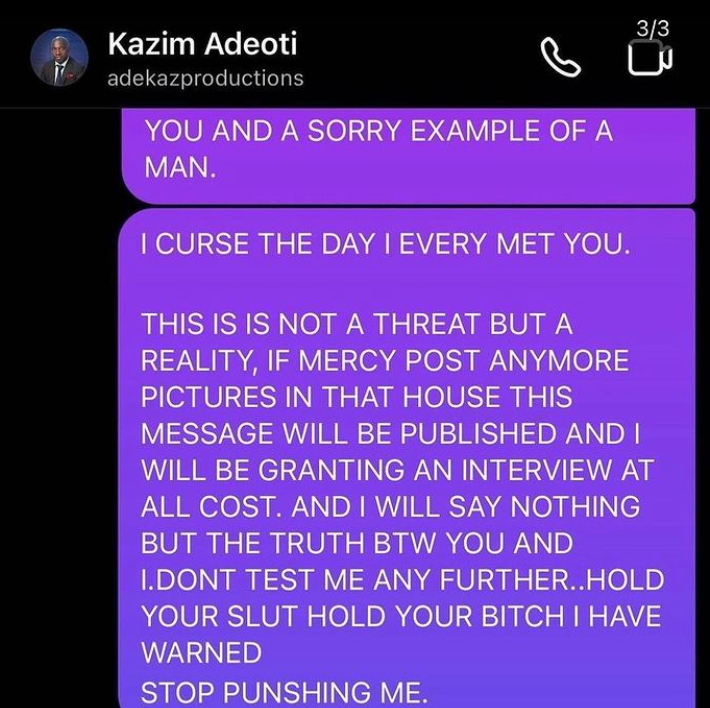 In another post, Funsho stated that though she has told Mercy to keep Kazim and do whatever she wants with him, she will however never let go of her sweat.

She also wondered why the actress would think she (Funsho) would be okay with her showing off what she worked hard for on social media.

Funsho who also disclosed that she found out that Kazim was marrying Mercy online, added that prior to this, she suspected they were having an affair.

According to her, when she confronted Kazim about this, he would allegedly cuss Mercy out, allegedly describe her as a wh*re and also allegedly give her (Funsho) a long list of men she allegedly sleeps with. 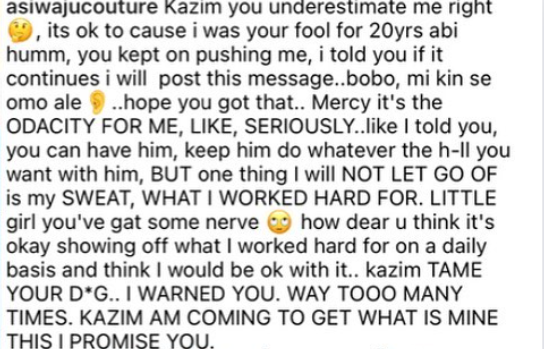