Friends and family members have taken to Facebook in the last few days to demand justice for a young woman who was allegedly gang raped and murdered by suspected hoodlums at Nsukara Offot community in Uyo Local Government Area of Akwa Ibom.

It was gathered that Esther Ita Stephen, who left secondary school in 2016, was ambushed, raped and killed by unknown assailants around Nwaniba road on Wednesday afternoon, October 28, 2020.

According to one of her friend, Edwin Edem, this is the third case of rape and murder going on in the community in the last six months. 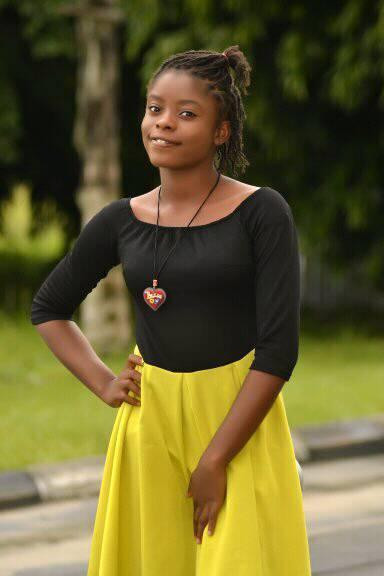 It has also been alleged that many women and girls have been raped and murdered since crisis engulfed the community over power tussle between the village head and one Eyo Essien.

A June 29, 2020, report by an Akwa Ibom journalist, Divine Sam titled “ALLEGED BRUTAL MURDER OF WOMEN IN NSUKARA OFFOT COMMUNITY: MONARCH CRIES OUT FOR GOVERNMENT INTERVENTION” said ten women have reportedly been assaulted while two of them lost their lives.

In the report, the village head of Nsukara Offot, Eteindung Cletus Benson had cried to Governor Udom Emmanuel for help over the incessant brutal rape and murder of women in the community by hoodlums. Read report Here 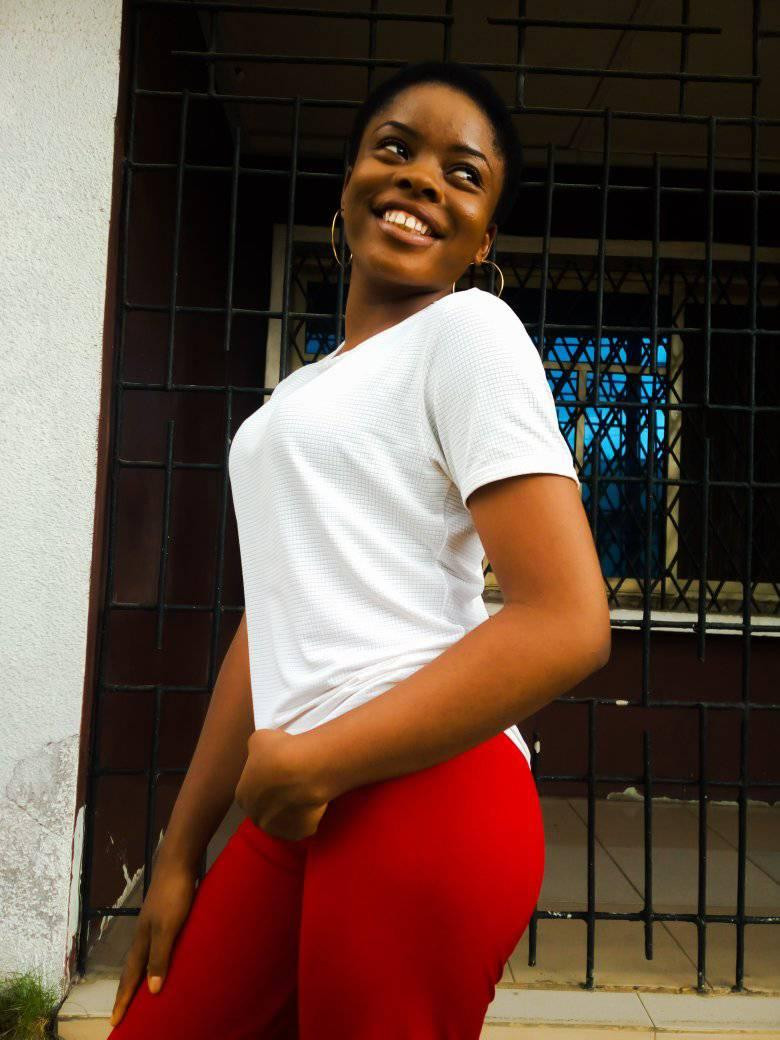 In his post, Edwin Edem described late Esther as a young lady with promising and bright future.

“I am pained by the happenings around in the last 24 hours my heart knows. No joy Esther Ita Stephen, beloved friend turned sister was raped and murdered yesterday in broad-day. I am pained because the killers of this young lady with a promising Bright future. Still dwells among us uncut . I am pained because this numbers the third case of murder and countless numbers of rape ongoing within my community in the last six months and no one has been brought to book. Should we also let this fadeaway just like the former? We do not know who’s next. We seek #justiceforEsther”

On his part, MacHonest Mbong wrote: “Rest in Peace, Esther. Raped and murdered in broad daylight. May your killers never find peace of mind.”

A member of the community, Susan James begged the state government to come to their aid as she is scared.

“A community that was once peaceful for its inhabitants is now unsafe. God please do not let people causing this havoc to have peace.” she wrote.

Aniekeme Daniel: “My heart bled yesterday when I got this news. We need justice for Esther Ita. Her killers must not go unpunished. Girls in the community should rise up. I stand for justice. Rest in peace dearie.” 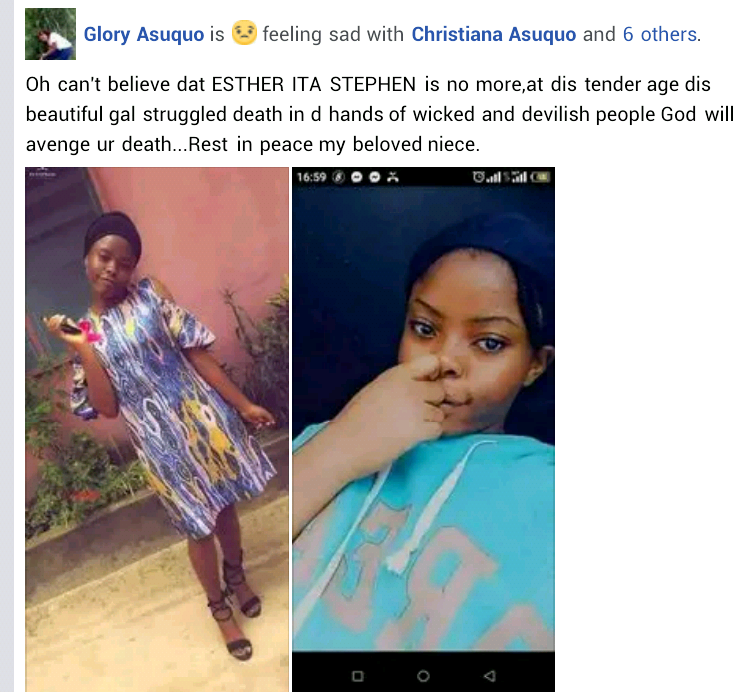 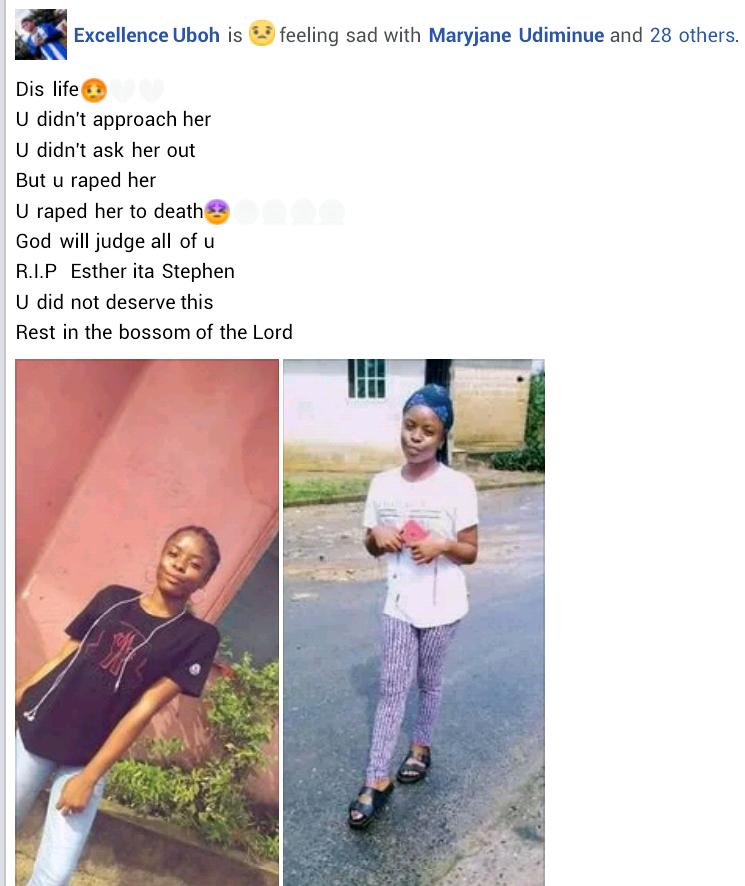 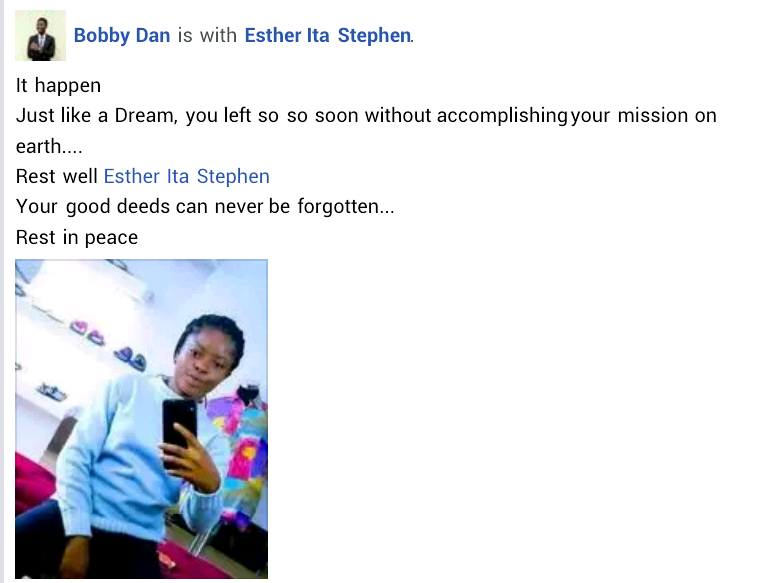 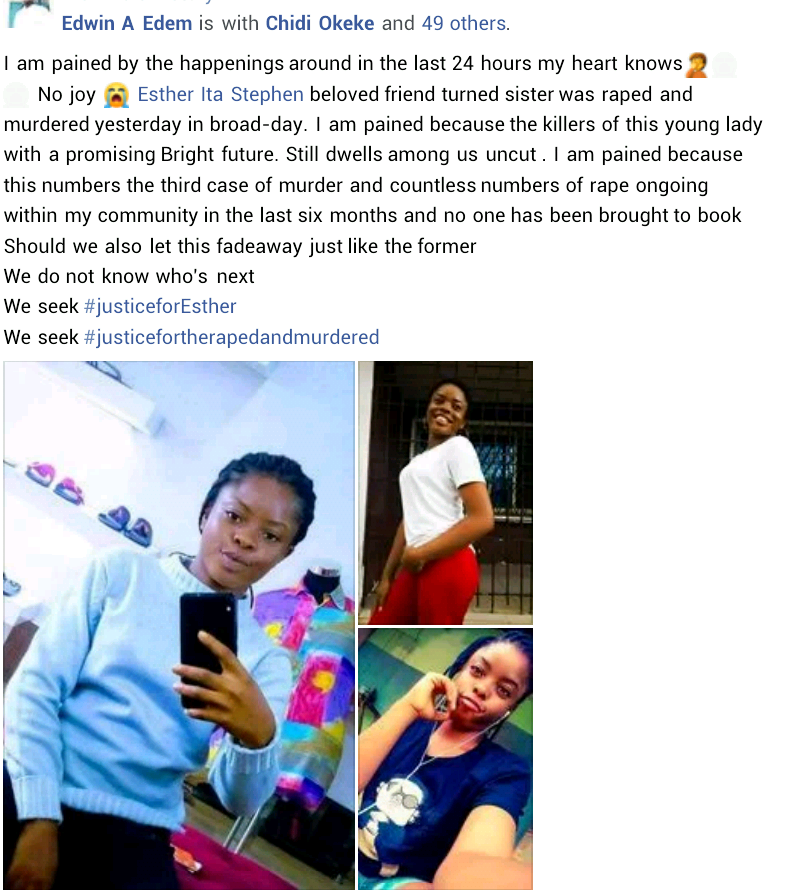 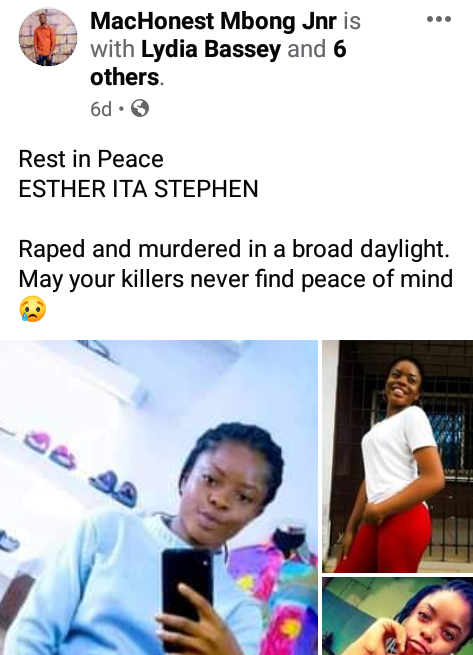 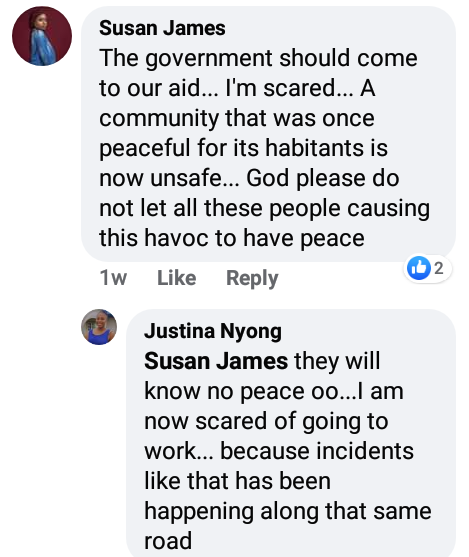 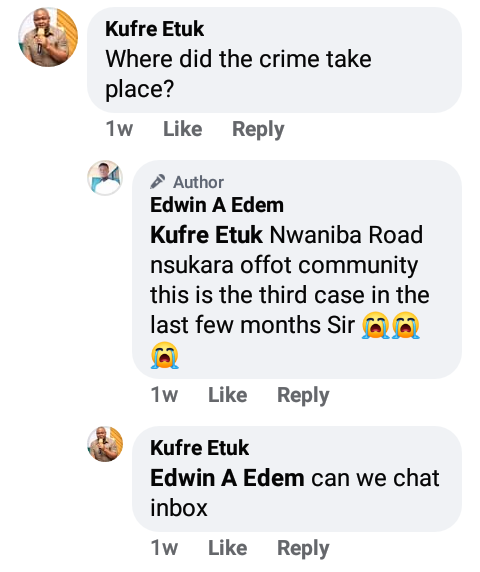 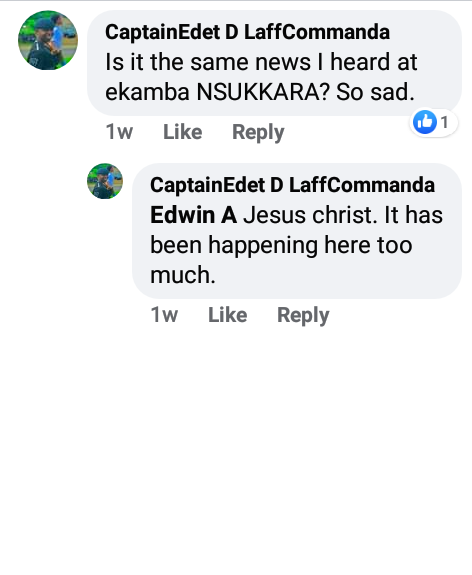 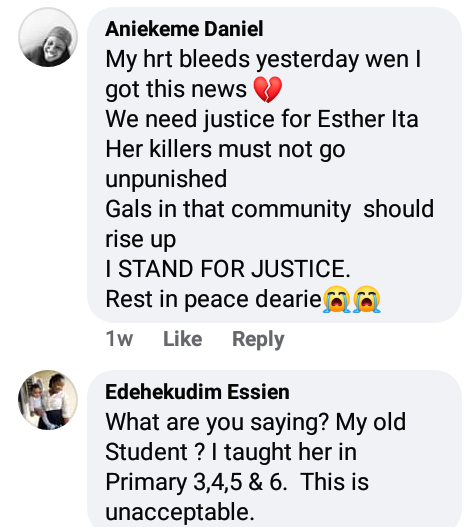