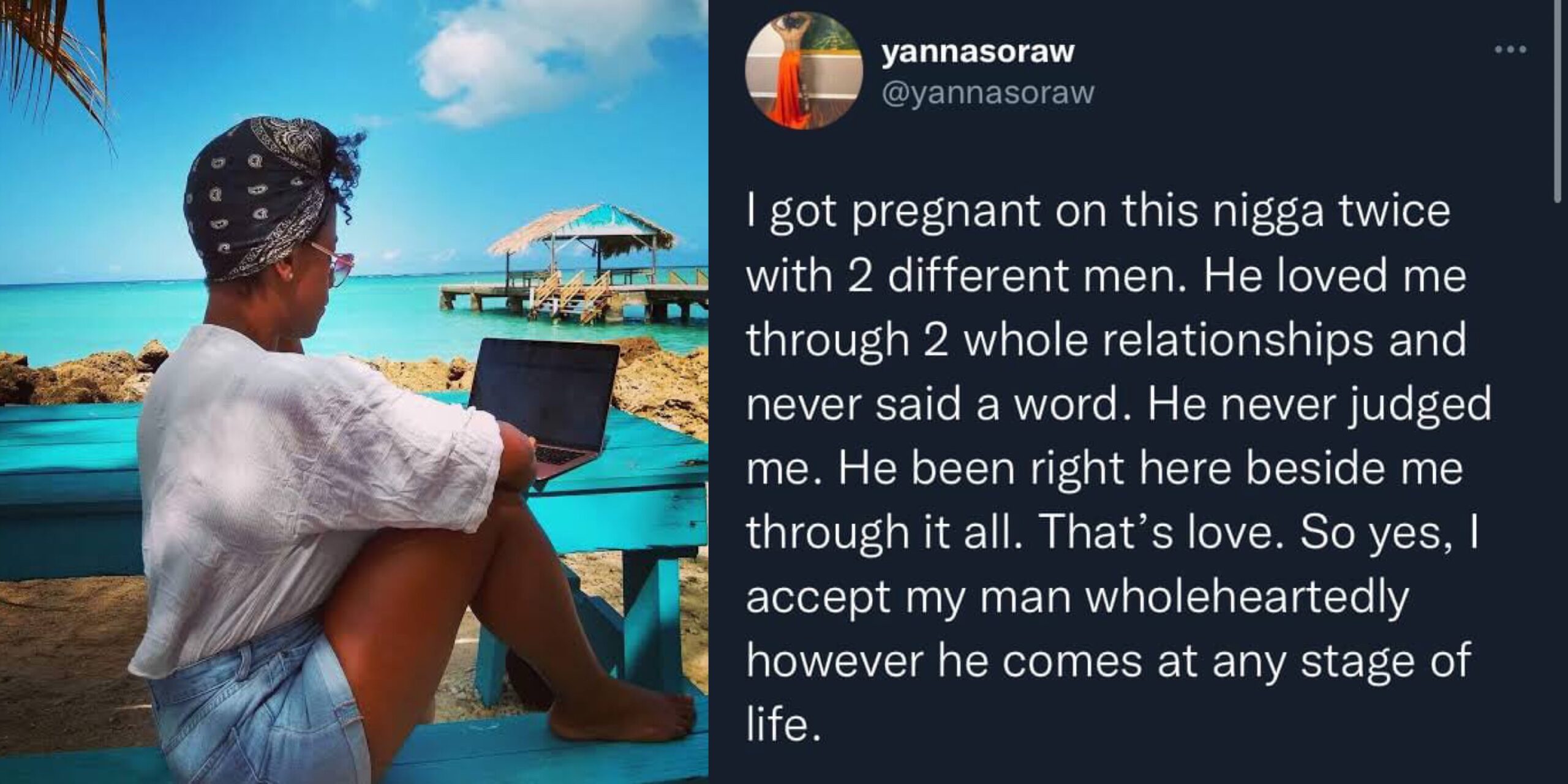 An American Twitter user has become the topic of discussion on the streets of social media after she narrated how her boyfriend stood by her after she got pregnant twice for two different men while they were dating. 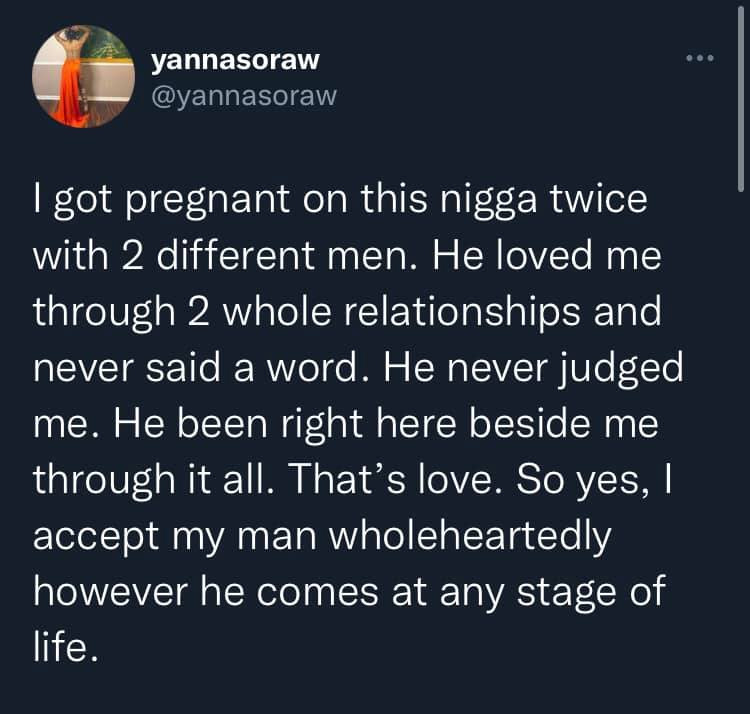 @yannasoraw disclosed that her boyfriend loved her throughout her relationship with two other men, never said a word, never judged her and also stood by her through it all.

Maintaining that her boyfriend showed her what love is, she also disclosed that she will accept her man wholeheartedly however he comes at any stage of life.

The Twitter user also said that she will take her man back even if he sleeps with another woman in front of her. According to her, one has to grow up when a man shows he’s going to be there through the rain. 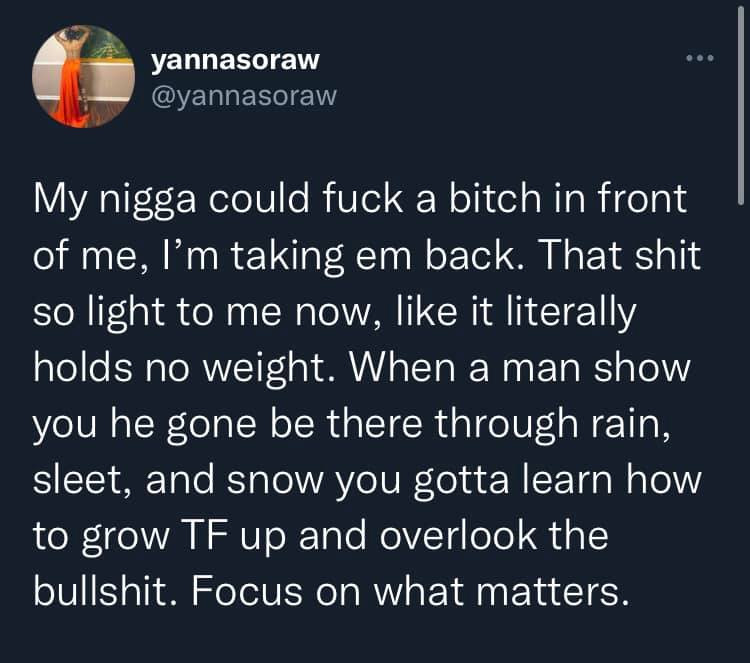