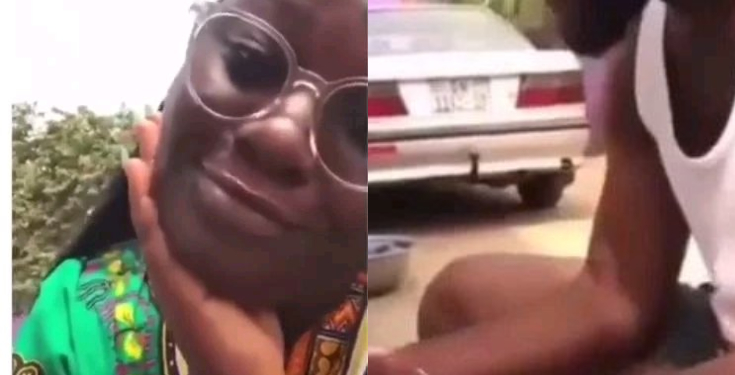 A Nigerian lady has taken to social media to share video of her boyfriend, romantically washing her underwear.

In the viral video the lady the romantic boyfriend was passionately washing the panties, while the lady sat next to him.

The lady in a bid to show the world her romantic boyfriend, recorded herself smiling and said, “See my boyfriend”, while she moved the camera to show the face of her man.

On seeing that the lady had switched the camera to show his face, the young man quickly jumped off.