The Libya media has once again reported that three more Nigerians converted to Islam in the country.

According to the latest report posted by Libya News on Sunday, April 18, three Nigerian men converted to Islam in Misrata city, in the Misrata District, situated 187 km to the east of Tripoli.

As usual, the conversion was greeted with mixed reactions from Nigerians, Libyans, Christians and Muslims in Libya.

One Samura Mohammed hailed the conversion, saying that people who do not believe in Islam, the Quran and Prophet Muhammad ‘are the worst creatures’ and will die in the Fire of Hell.

One Kate Marvis said people shouldn’t criticise the men for converting to Islam as it is their fundamental human right.

“Pls guys, everyone has a choice to convert to any religion dey want,so far dey are not under pressure.Don’t try to force ur choice on someone, it’s called fundamental human right. As far as am concerned, we are serving desame God, don’t judge by religion but judge by d persons personality, no one is perfect, Christian, Muslim, Jews.I come in peace”

“Verily, those who disbelieve in the religion of Islam, the Quran and Prophet Muhammed (Peace be upon him) from among the people of the Scriptures (Jews and Christians) and Al-Mushrikun will abide in the Fire of Hell. They are worst of creatures” 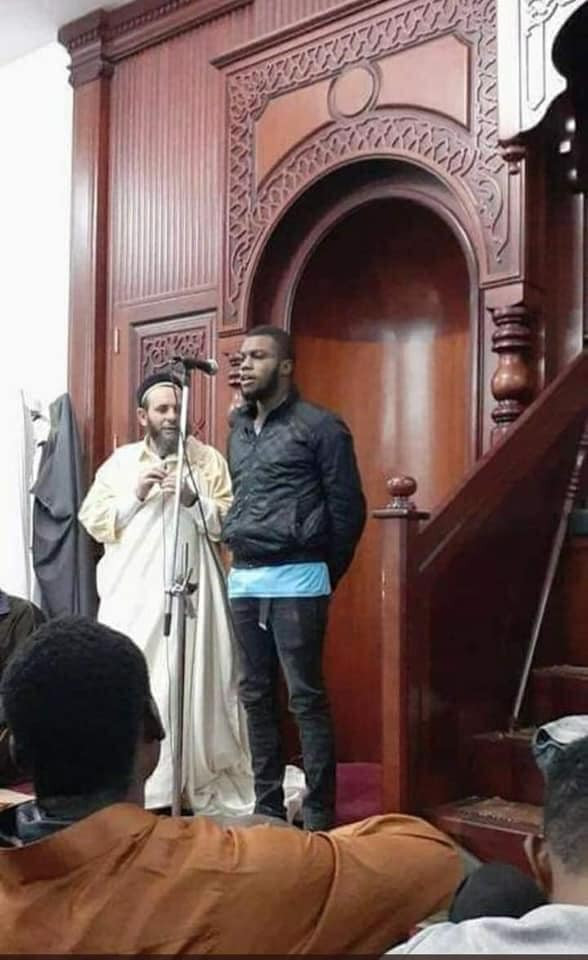 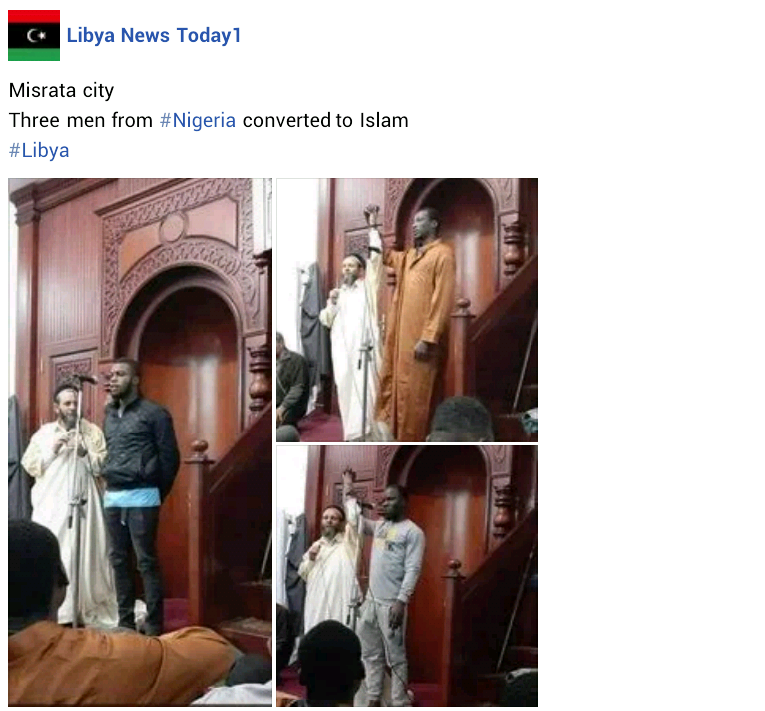 As expected, media users have reacted to the news. 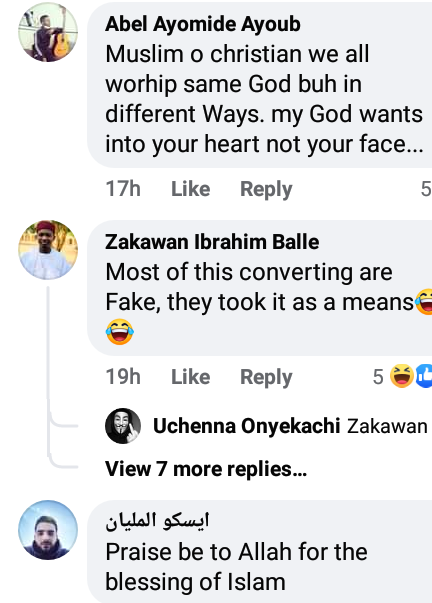 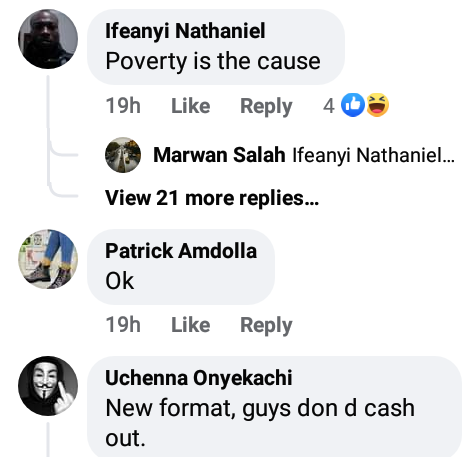 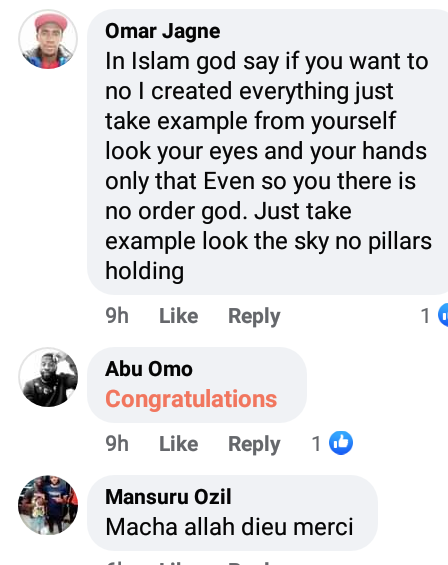 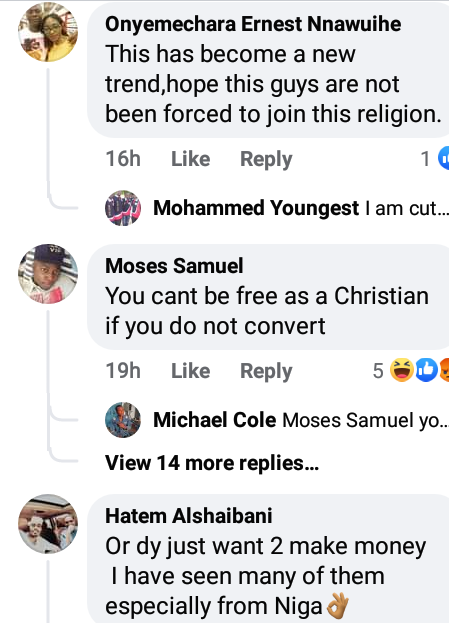 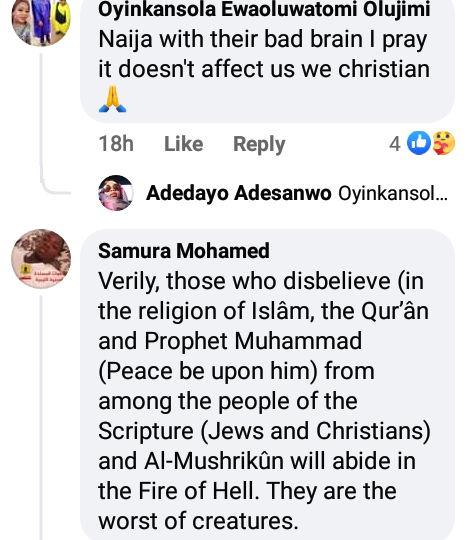 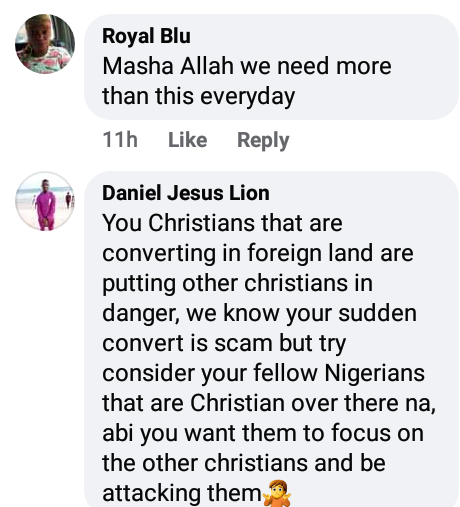 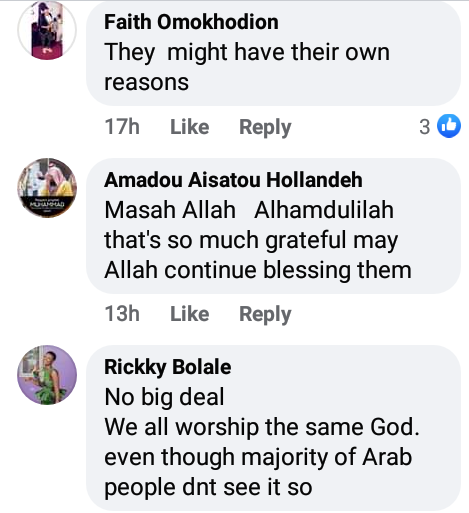 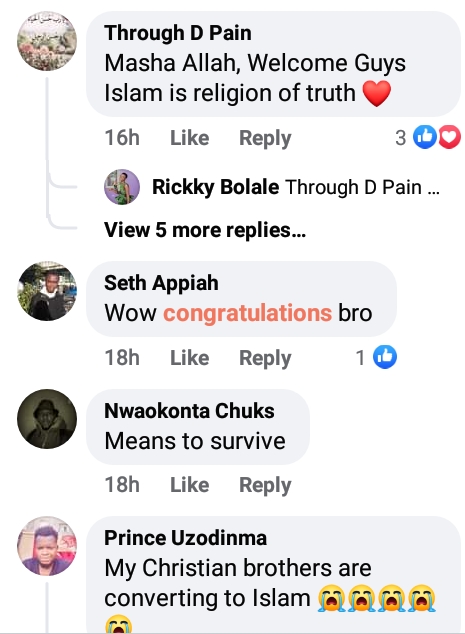