Home Viral Little boy trends online after wearing 8 clothes under his uniform to...

A little Nigerian boy has has become the talk of social media after he rocked many clothes to school, to withstand pain from flogging.

In a viral video which surfaced the internet, the primary school pupil was seen removing eight different shirts he wore to protect himself against lashes in school. 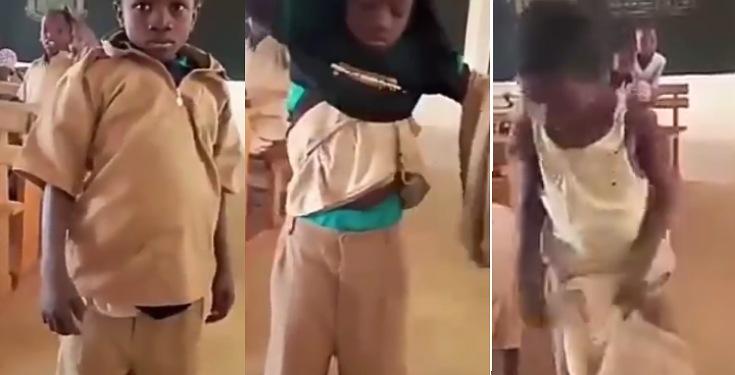 Apparently, he wasn’t too brave to outsmart his teacher who noticed his puffy clothes and asked him to take off his clothes.

However, while some fans found the video really funny, others condemned the actions of the boy for trying to evade punishment after committing offence in school.