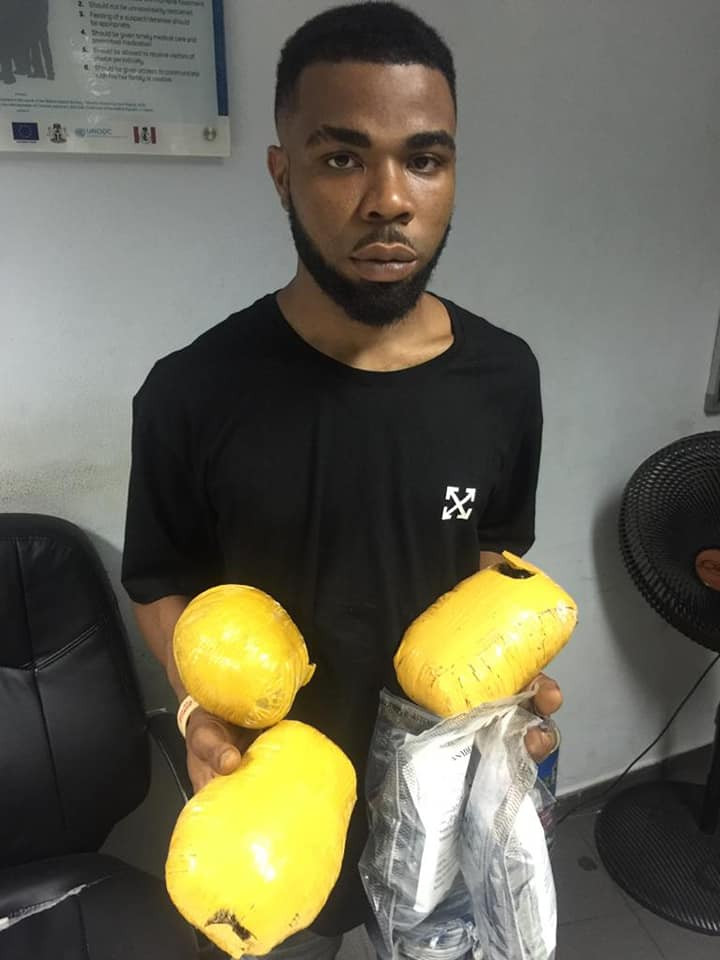 A statement released by the agency today March 26, says a number of illicit drugs including 1. 549kg of Cannabis Sativa; 223.80grams of Tramadol; 192.34grams of Rohypnol; 214.05 grams of Flunitrazepam, all of which were concealed in tins of Bournvita and milk, packed in a bag of foodstuff were recovered from him

According to the statement, Okojie while being interrogated, claimed his friend, Mr. Elvis who resides in Cyprus asked him to collect the luggage for him.

According to him, Elvis sister sent the luggage to him in Abuja from Benin through a transport company, Big Joe Motors.

He said he was into shawarma and Indomie business in Benin before Elvis invited him to Cyprus claiming that he got him admission to school there.

In a related development, NDLEA operatives at the NAHCO export shed of Murtala Mohammed International Airport, MMIA, Ikeja Lagos on Wednesday, March 24, seized an abandoned five cartons of green leaves suspected to be KHAT with a gross weight of 105.70 kilograms.