Home News Man Reveals How He Narrowly Escaped Being Killed By Herdsmen While On...

A Nigerian man has taken to Twitter to reveal how he escaped death by a whisker after the train on which he was travelling was attacked by herdsmen- ostensibly Fulani people. 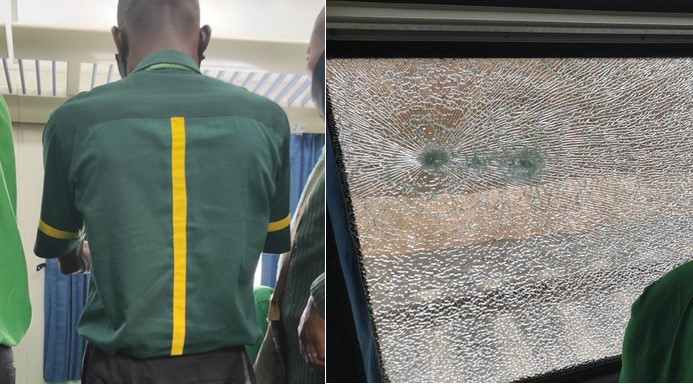 According to the man simply known as Michael, herdsmen allegedly opened fire on the train he boarded, but thankfully, the bullets missed him and other passengers.

He shared his experience in a fresh update on his Twitter page along with photos to corroborate it.

”I’m stunned because I could have died just now.

Train I’m in was shot at by herdsmen and I’m directly in the line of fire.

I'm stunned because I could have died just now. pic.twitter.com/RYZigCsMGm