A man identified with handle @Odogwu_Nwobodo on twitter has come for Cameroonian singer, Dencia after she reacted to Davido’s appearance in #Coming2America. 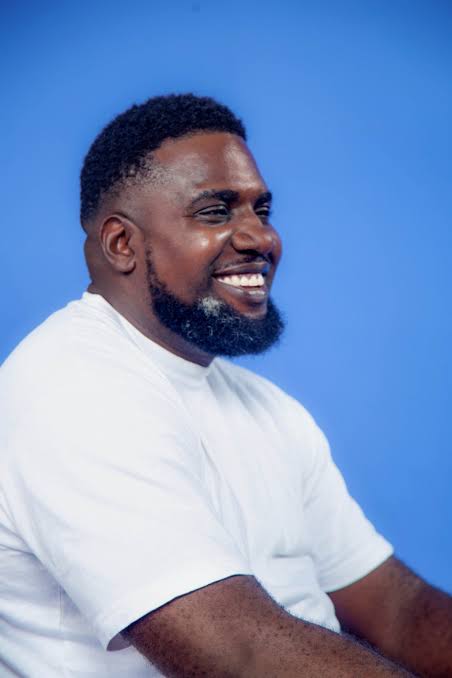 Recall, Dencia the Popular singer and beauty entrepreneur recently took to social media and stated that despite the fact that she doesn’t fancy Nigerian singer Davido, she is glad his song was featured in the new movie, Coming 2 America. 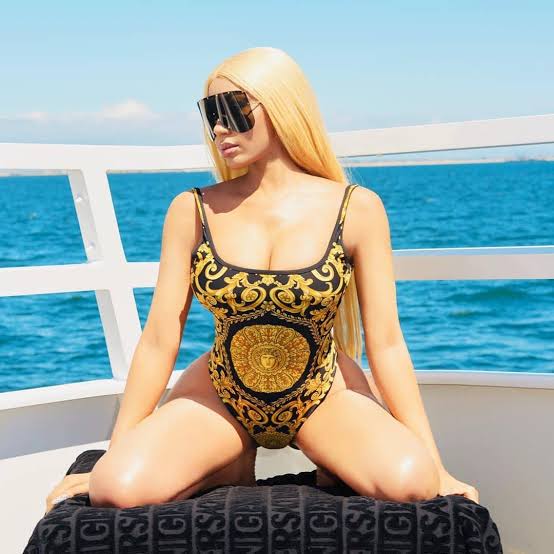 Taking to Twitter, Dencia revealed that though Davido was given an opportunity in the movie, the producers should have included more African artistes in their cast. 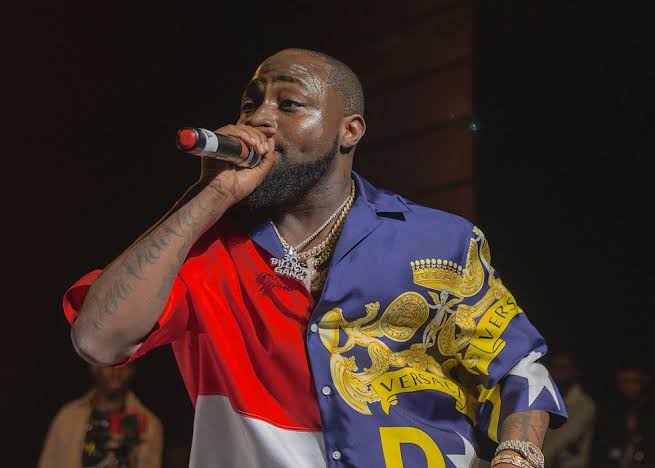 She listed the likes of Yemi Alade, Omawumi and others, and stated that they would have done a more perfect job.

Idf with Davido but happy they used him & his lying ass song on here #ComingToAmerica2 should have used more African artists, yemi alade will fit in perfectly with her village girl style,omawumi, funke & so many people but idk their names Rn.Overall they’d have kept it. 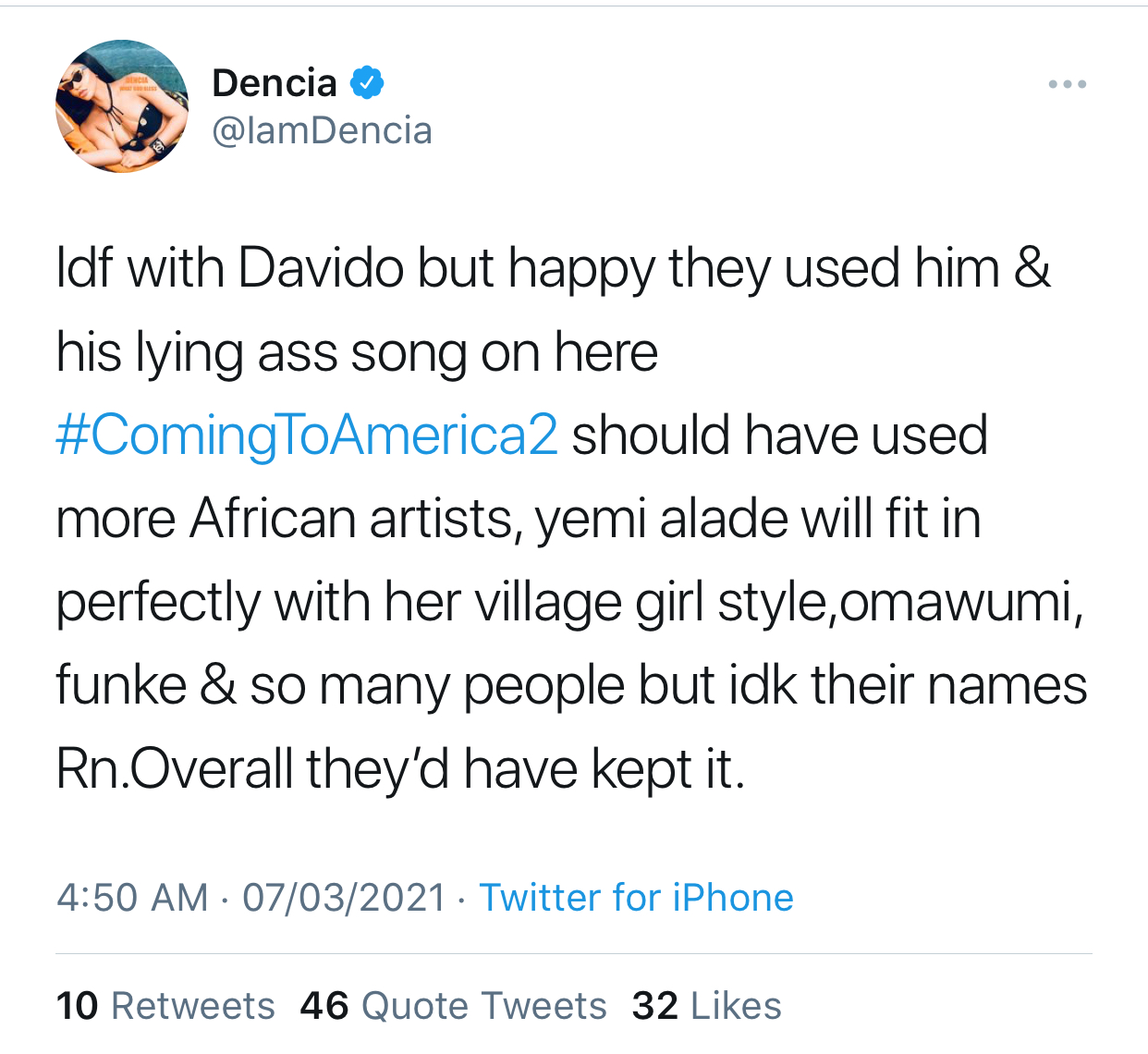 Why do you like to bring down your fellow African artist? Anyway, I like the way they are ignoring you. You no even CHOKE!!
The blue tick in your handle is bigger than the sense in your head 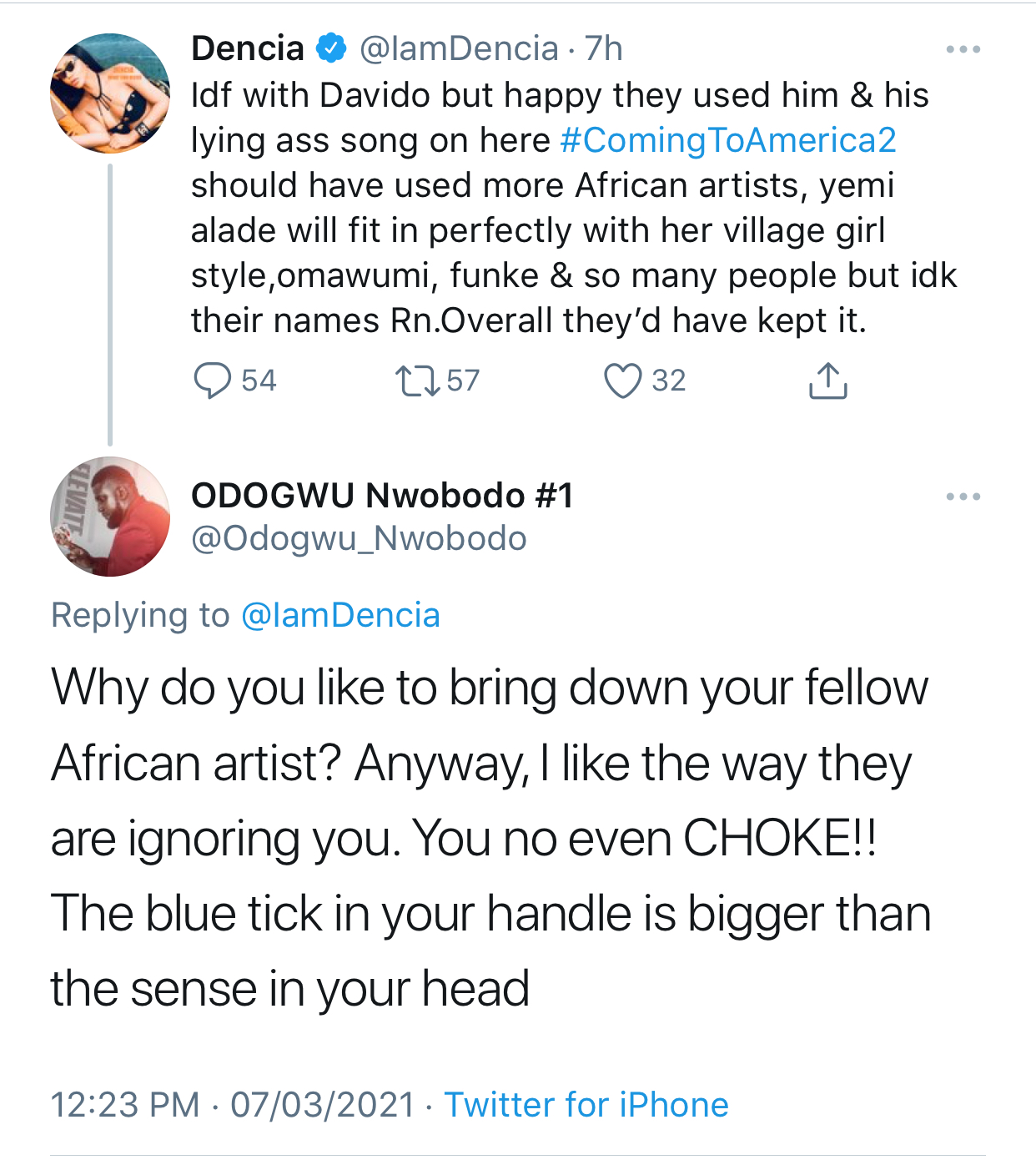