Home Viral Man shows the “hook” he found in the soup he was served...

A Nigerian man has urged people to be very careful when eating outside after he found a fish hook inside the soup he was served at a restaurant. 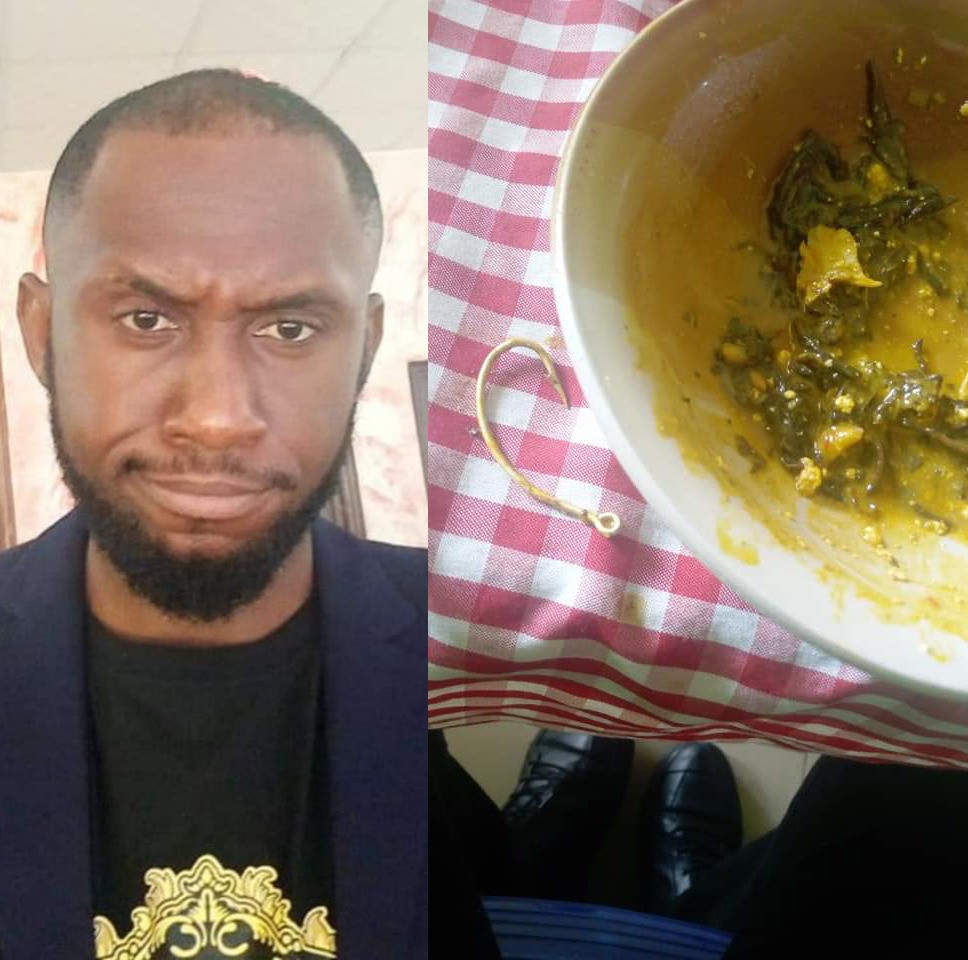 The Facebook user, ChubbyChinanu Emeka Reuben said he ordered a bowl of egusi soup mixed with bitterleaf soup and while he was eating, he found a hook with a sharp pointed end in the soup. 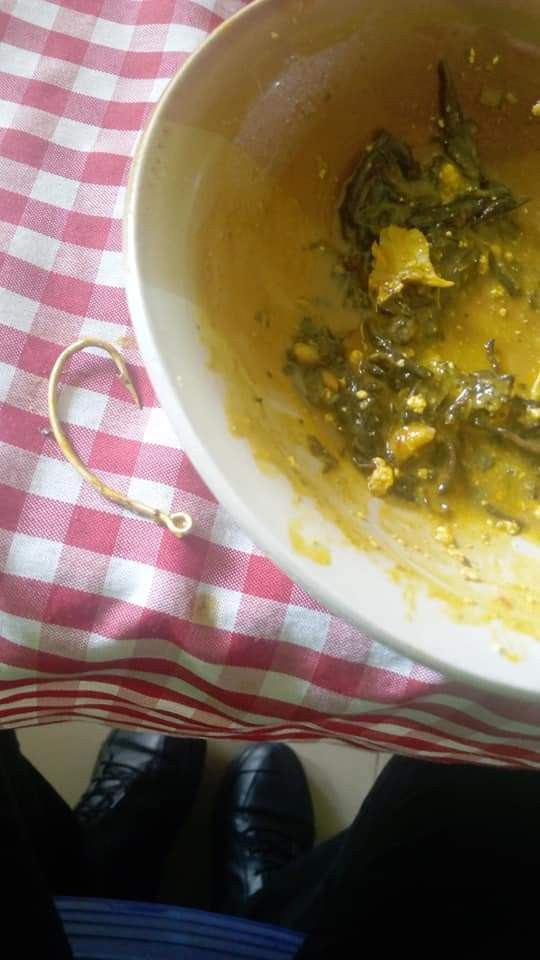 He explained that he approached someone in the restaurant and they apologized and said it must have been stuck in the stock fish they were supplied. 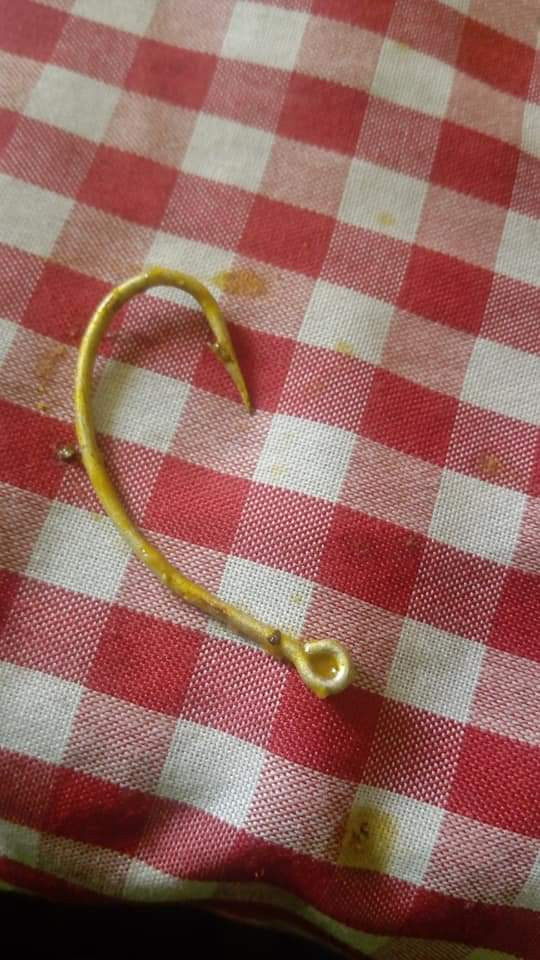 He shared photos of the hook and asked his friends to be watchful when they consume food outside their homes. 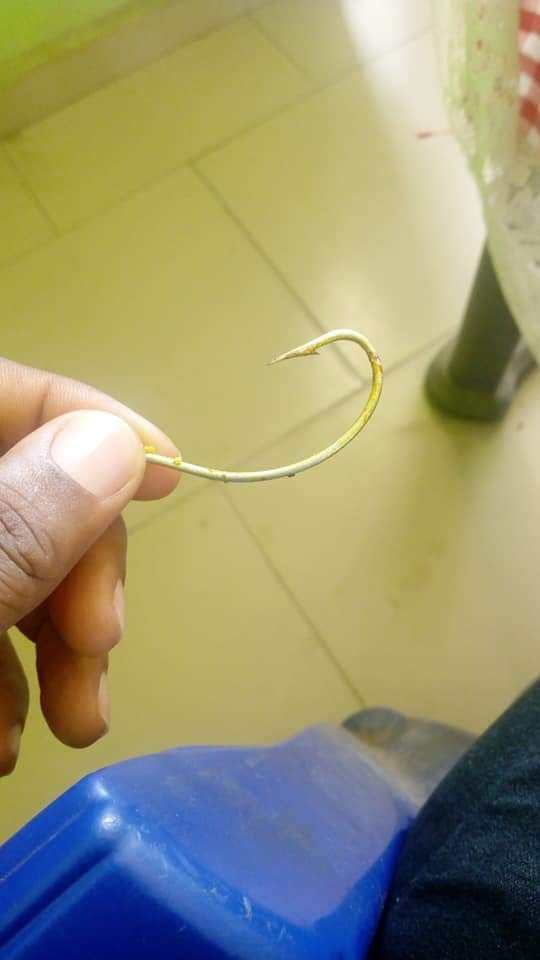 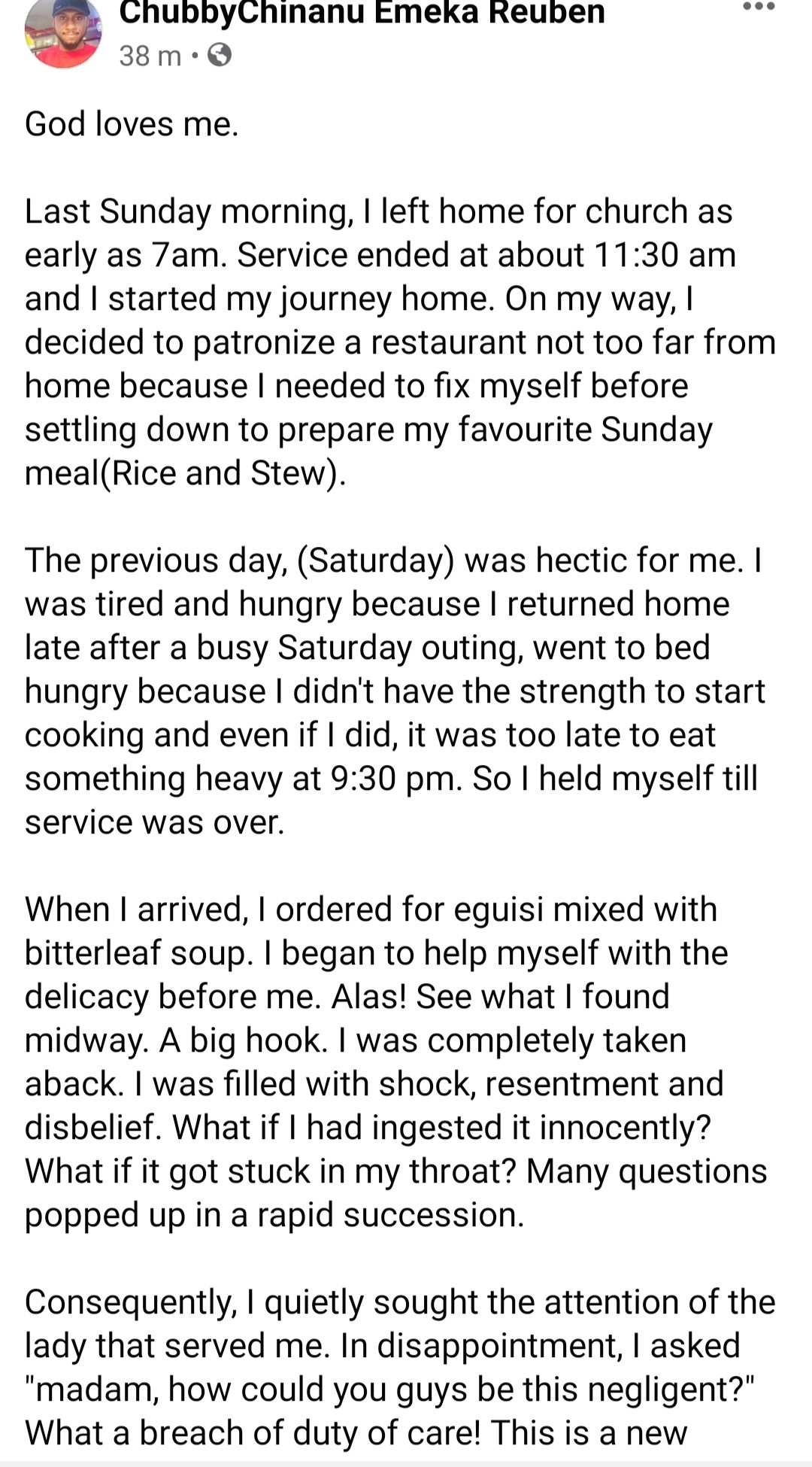 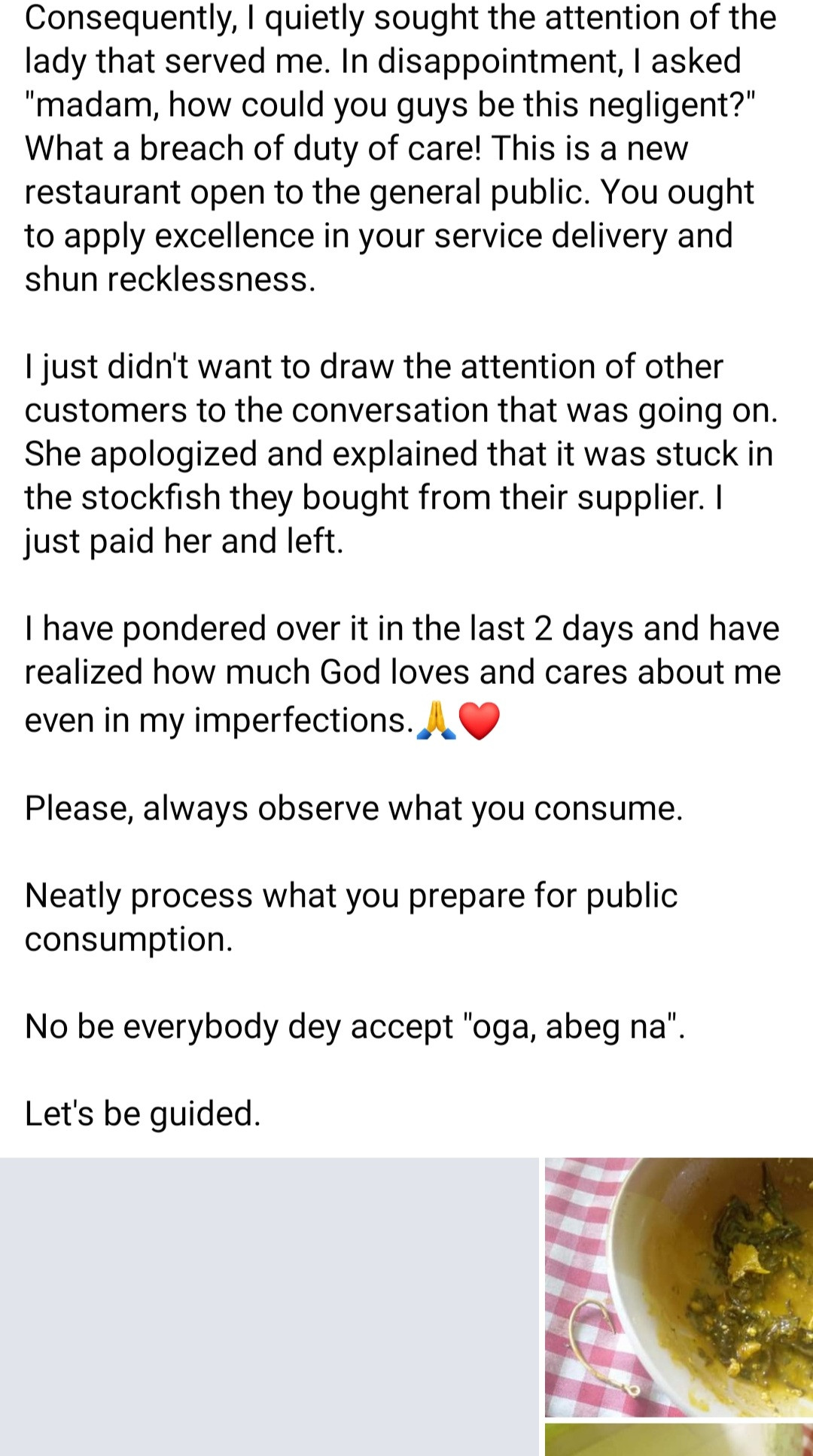