Home Trending “Many are miserable today because they married quick” – Reno Omokri warns...

Nigerian book author and lawyer, Reno Omokri known for his controversial points has said that many are miserable today because they married in a hurry. 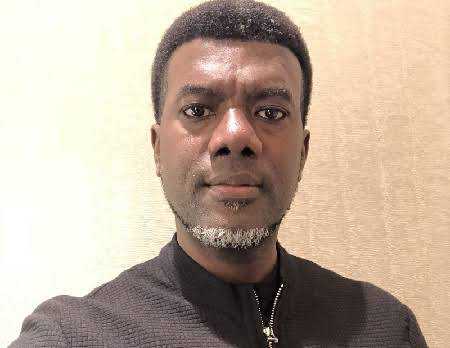 The Amazon best-seller gave this rare nugget of wisdom in a recent tweet he shared via his official Twitter page.

Taking to Twitter, Reno Omokri advised singles not to marry because all their friends are getting married and they’re ashamed of being the last one.

He also told singles to be patient while assuring them that the kind of person they desire to marry exists. “Don’t settle for less” he said.

In his words; “Dear singles, the person you desire to marry exists. Don’t settle for an available person because all your friends have married and you are ashamed of being the last one. Many of your friends are miserable because they married quick, but not right! #FreeLeahSharibu #RenosNuggets” 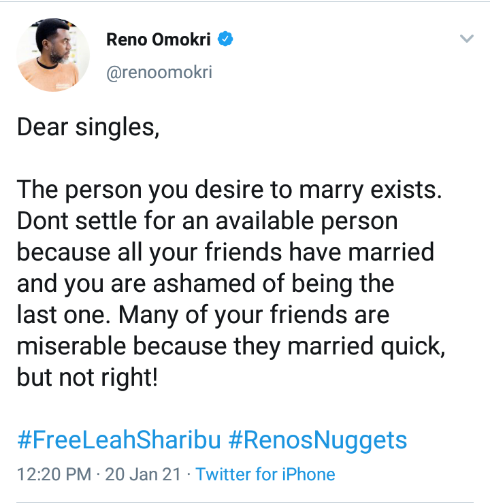