Home Gossip Marrying A Married Man Is The Best Thing, It Comes With Bonus,...

A Muslim woman has made a case for polygamy but fellow Muslim women do not seem to agree with her.

The Twitter user explained that getting married to a married man is the best thing because you not only get a husband but you also get a sister.

She tweeted: “Getting married to a married man is the best thing because it comes with a bonus a husband and a sister.” 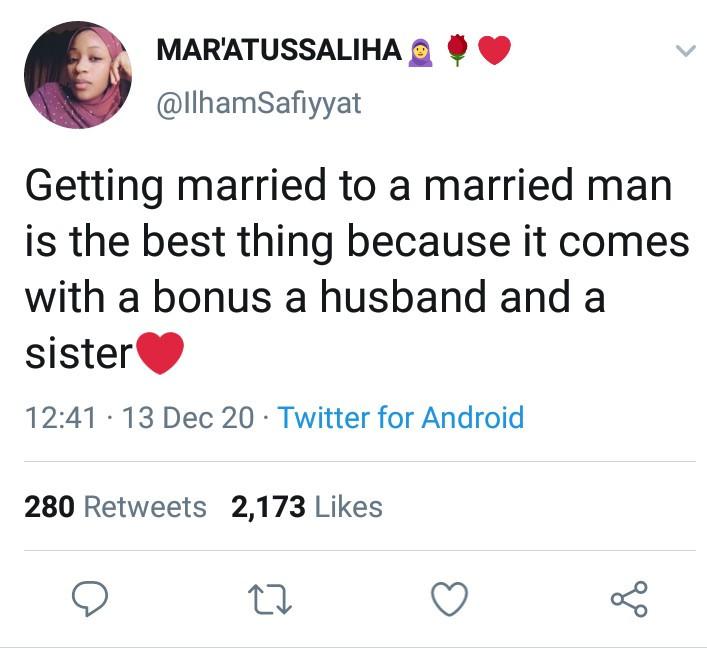 However, Muslim women told her to go ahead if that’s what she wants but asked her not to try selling it to other women.

Conversely, her male followers agreed with her. 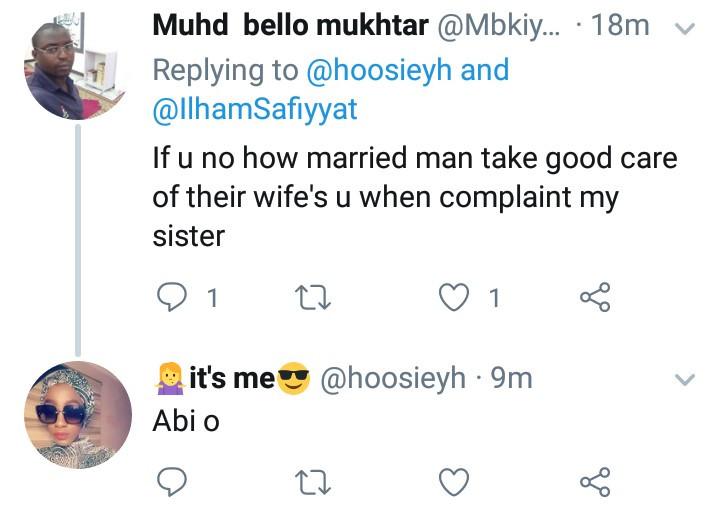 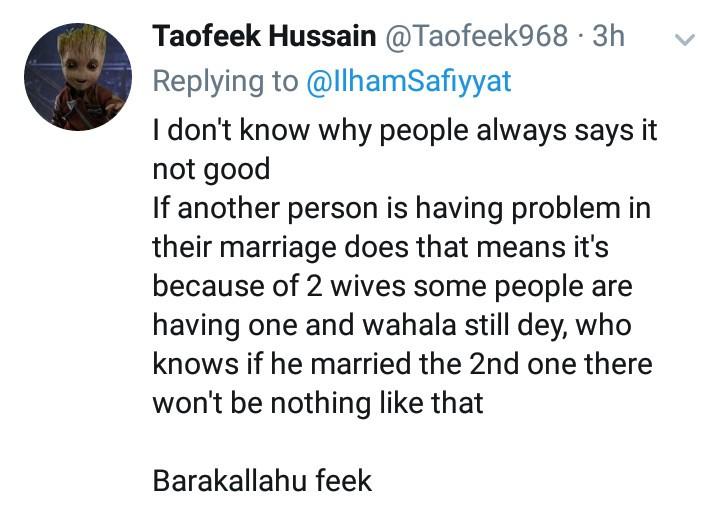