Nigerians are reacting on Twitter after the social networking service announced its African headquarters will be located in Ghana. 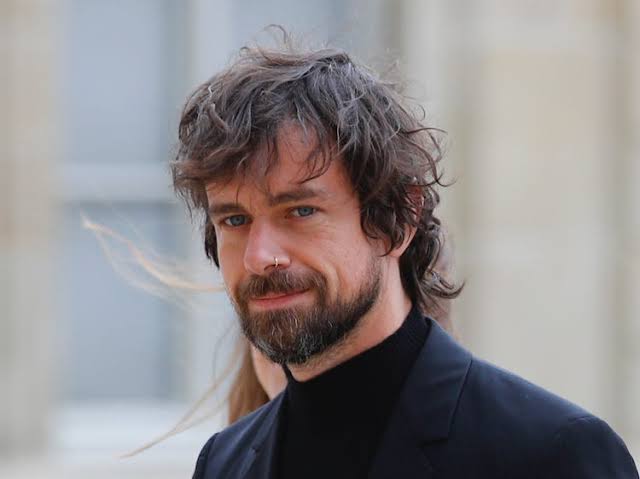 “Twitter is now present on the continent. Thank you Ghana and Nana Akufo-Addo” 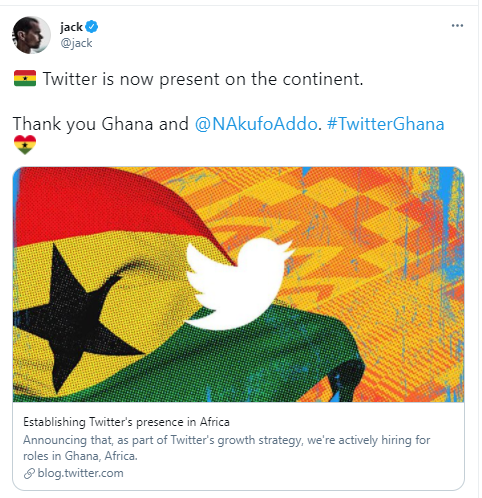 The announcement has since generated reactions from some Nigerians on Twitter, as they have taken to the microblogging platform to register different opinions, especially on the choice of Ghana instead of Nigeria.

While some blamed the choice on policies said to negatively affect the ease of doing business in Nigeria, others claimed the government’s clampdown on protesters during the #EndSARS protests contributed to Twitter’s decision to choose Ghana.

“The choice of Ghana as HQ for Twitter’s Africa operations is EXCELLENT news. Gov’t and Ghanaians welcome very much this announcement and the confidence reposed in our country,” the president tweeted in reply to Dorsey’s tweet.

These are exciting times to be in, and to do business in Ghana. 3/3#TwitterInGhana #TwitterGhana 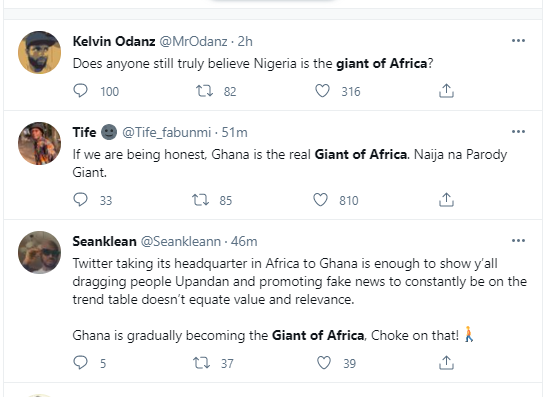 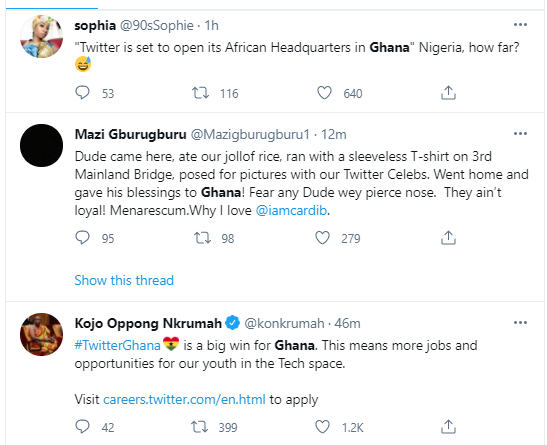 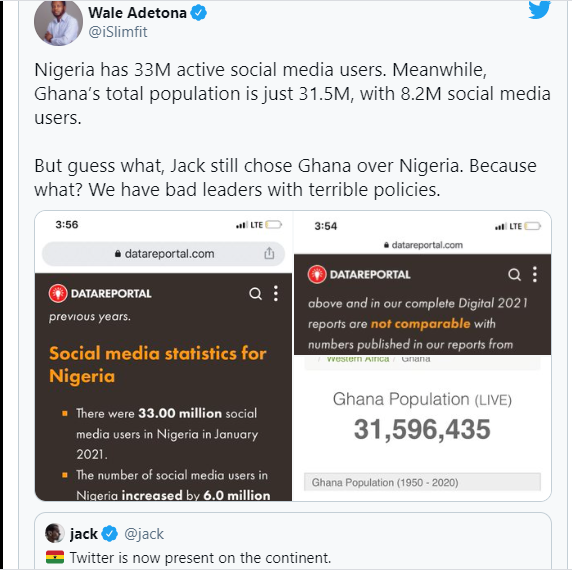 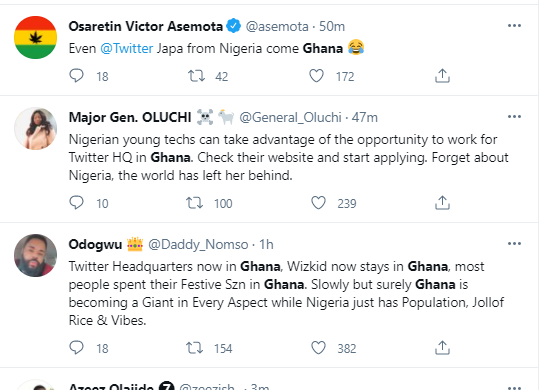 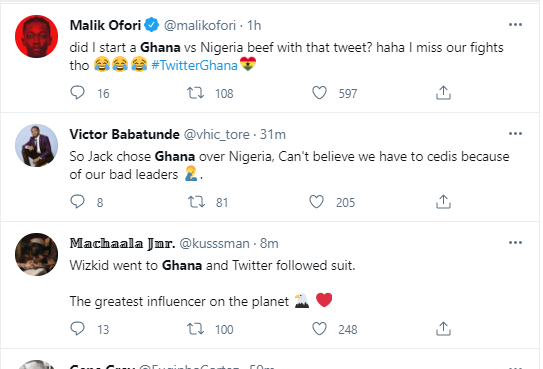 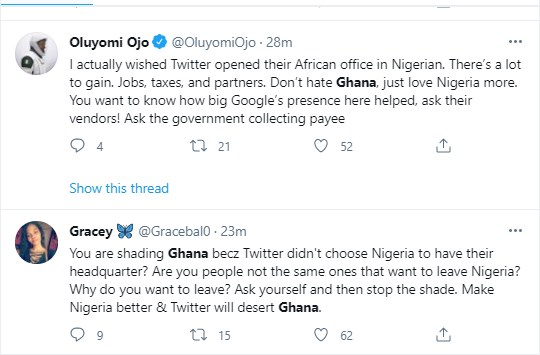 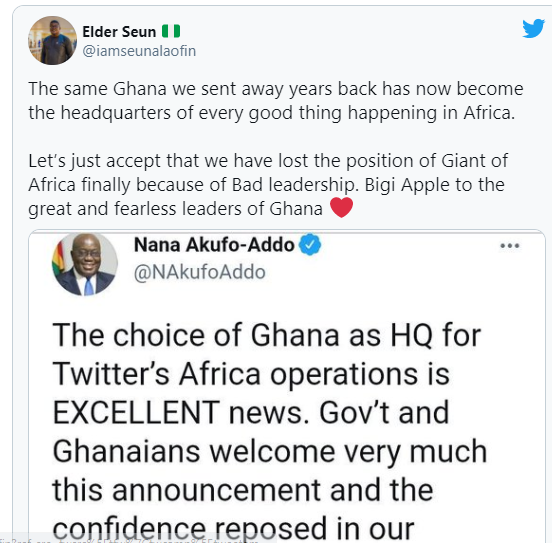 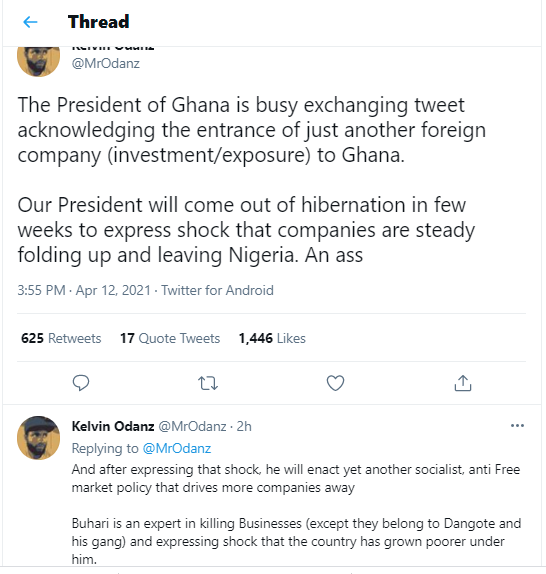 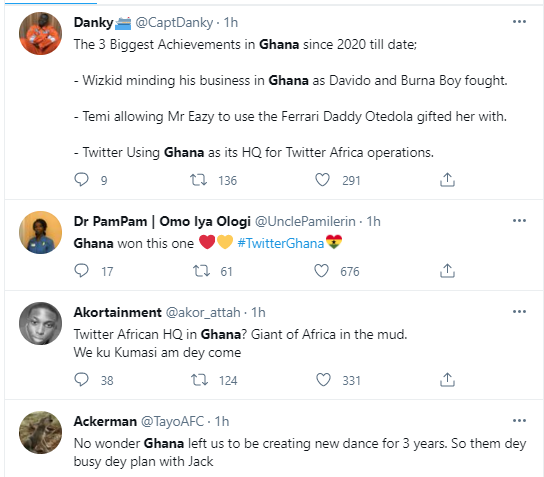 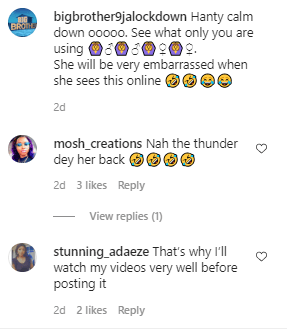