Home Viral ‘My Fiancee who made me do several abortion says he can’t marry...

A lady is currently the talk of social media after she shared her ordeal she is facing as we speak. 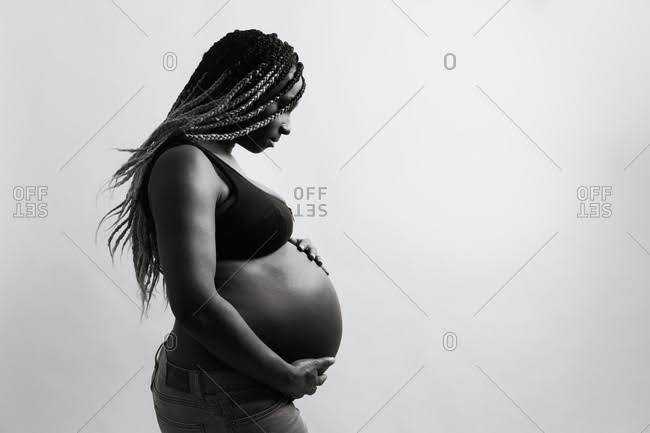 According to the lady who confided in popular relationship coach, Joro Olumofin, her fiancee says he can’t marry her after making her do several abortions for him.

The lady stated that her fiancee is saying he can’t marry someone who has done abortion before and she is really having serious problems dealing with it.

Read her story below; 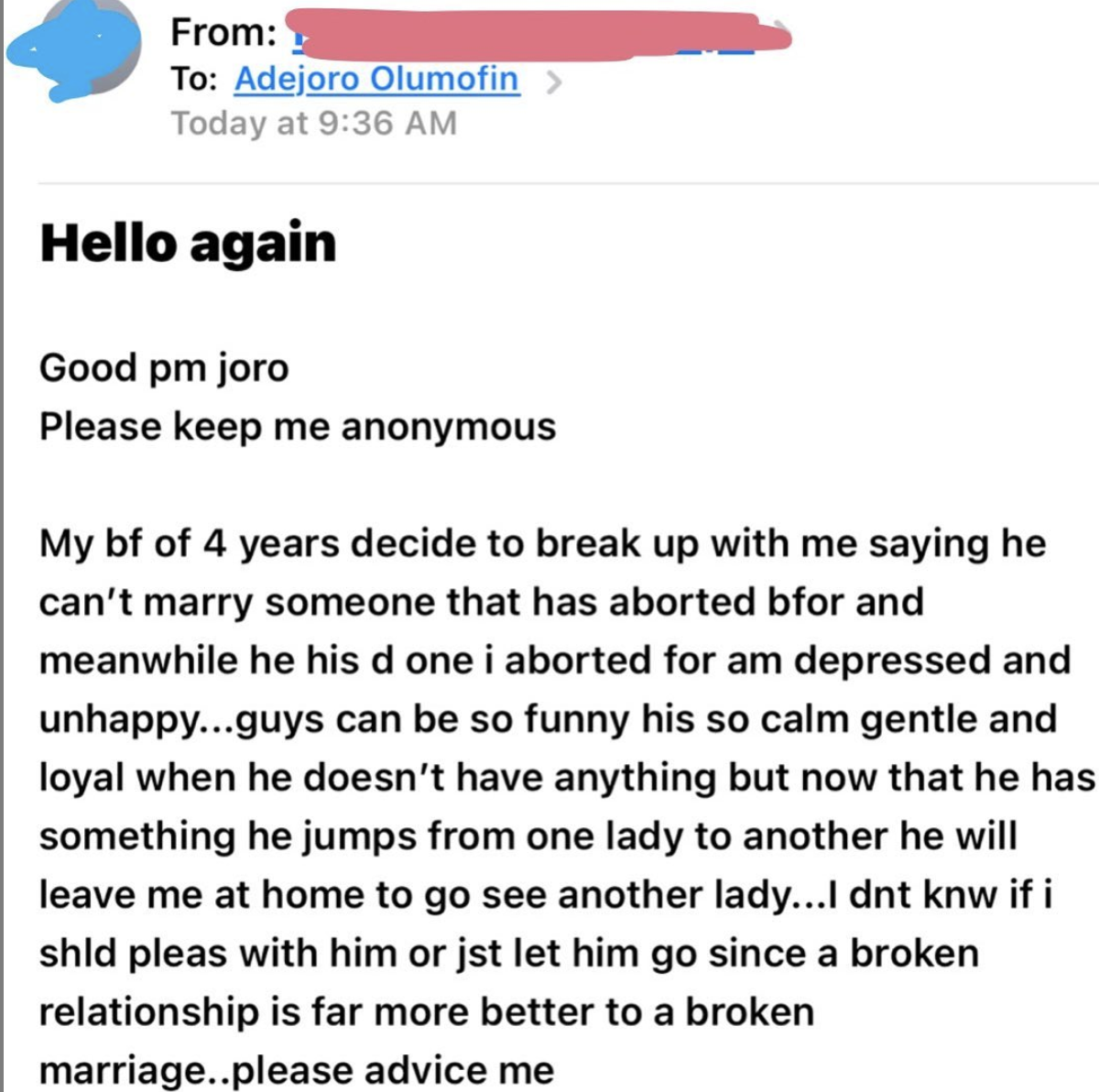 Woman Allows Madman Have S#x With Her In Public (VIDEO)