A mother of seven known as Pauline has shared a harrowing tale of how her husband forced himself on her and mutilated her private part. 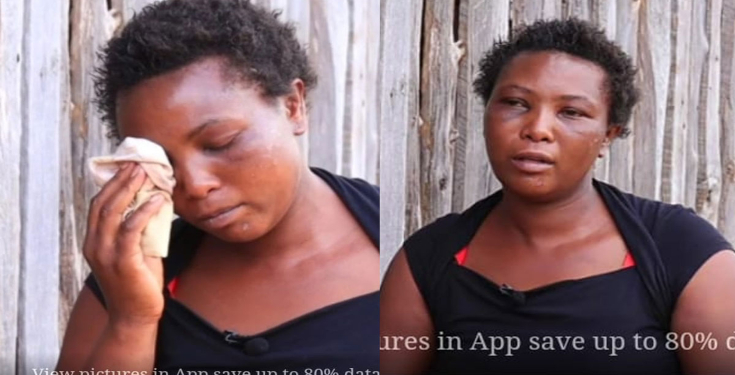 In an up close and personal interview, Pauline revealed that she married her current husband after her first husband passed away some years ago.

She claimed that upon arrival at her new husband’s home, many in the village were shocked that she married him and further revealed that a certain woman told her that her husband is into drugs and has a bad image in the community.

Recounting how her husband se.xually assaulted her, Pauline disclosed that while on their return home, her husband led her into a forest and told her to remove her dress.

After she undressed she forcibly inserted a bottle in her private part and this has resulted in her bleeding badly, however, she has filed a report to the police.