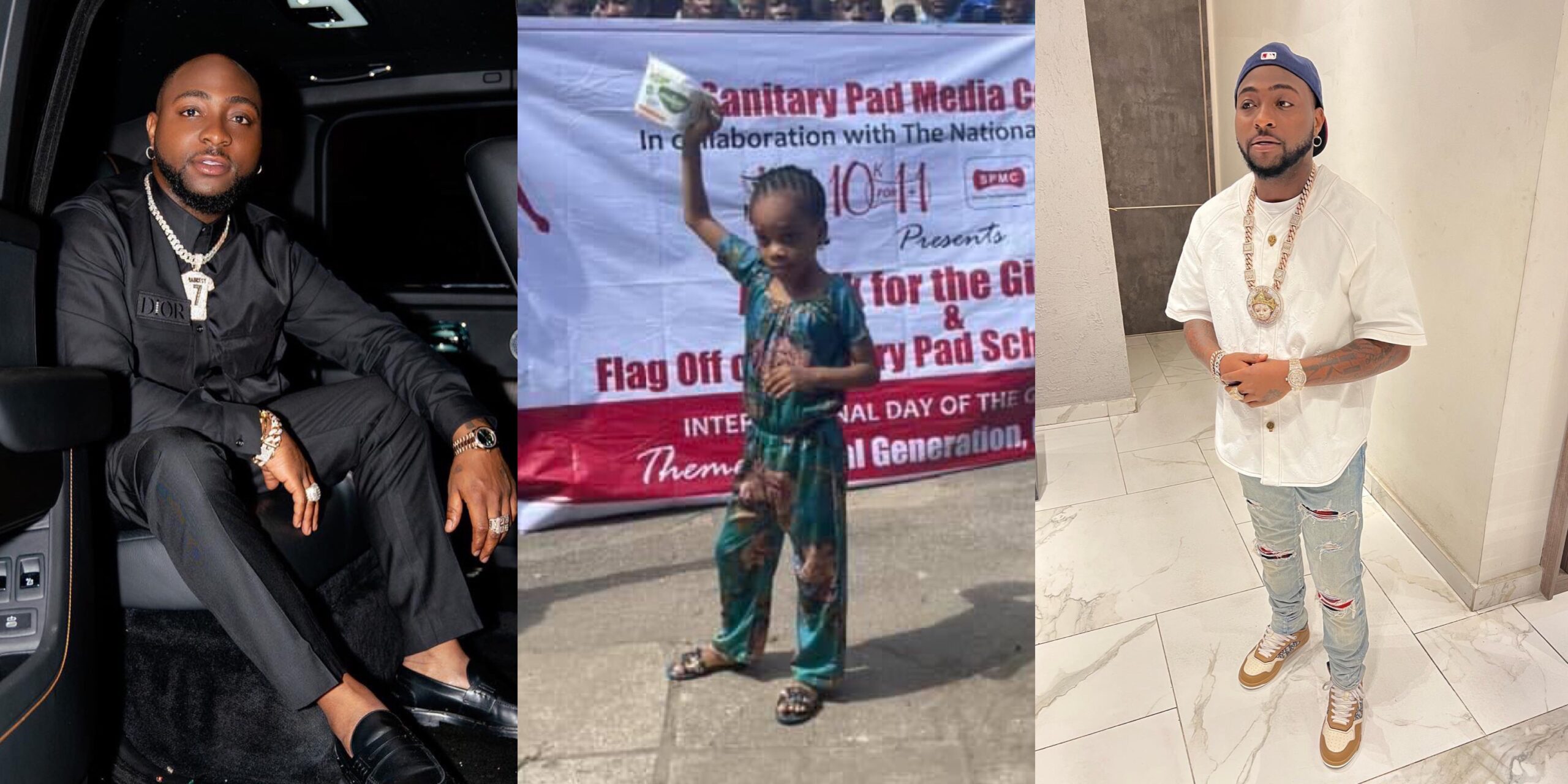 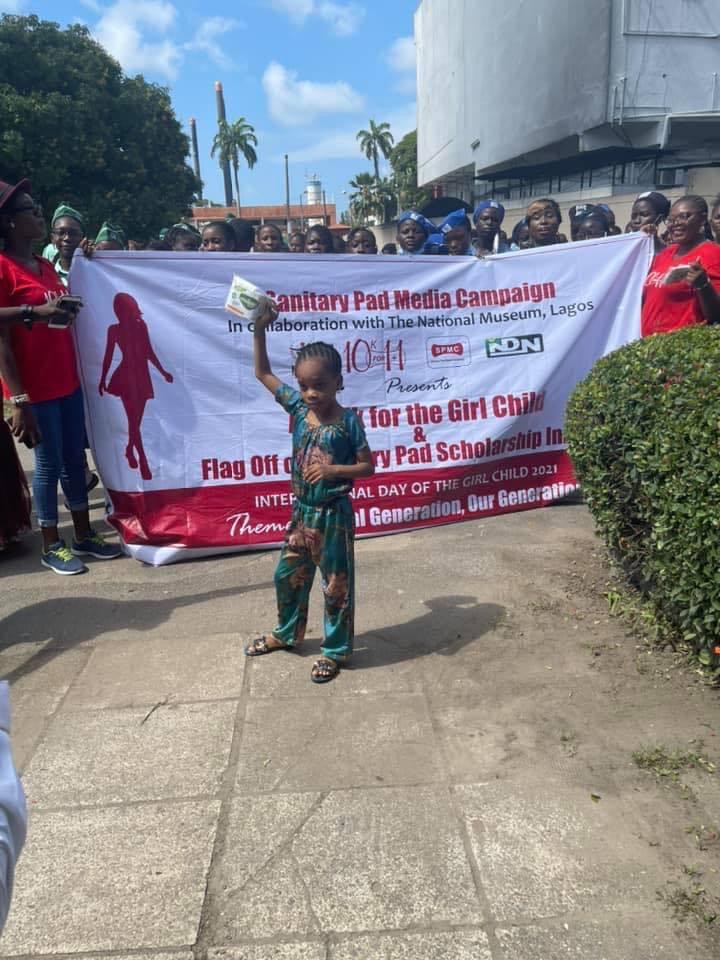 Nigerian singer, David Adeleke, popularly known as Davido, has received another piece of land in Banana Island from his billionaire father, Adedeji Adeleke. 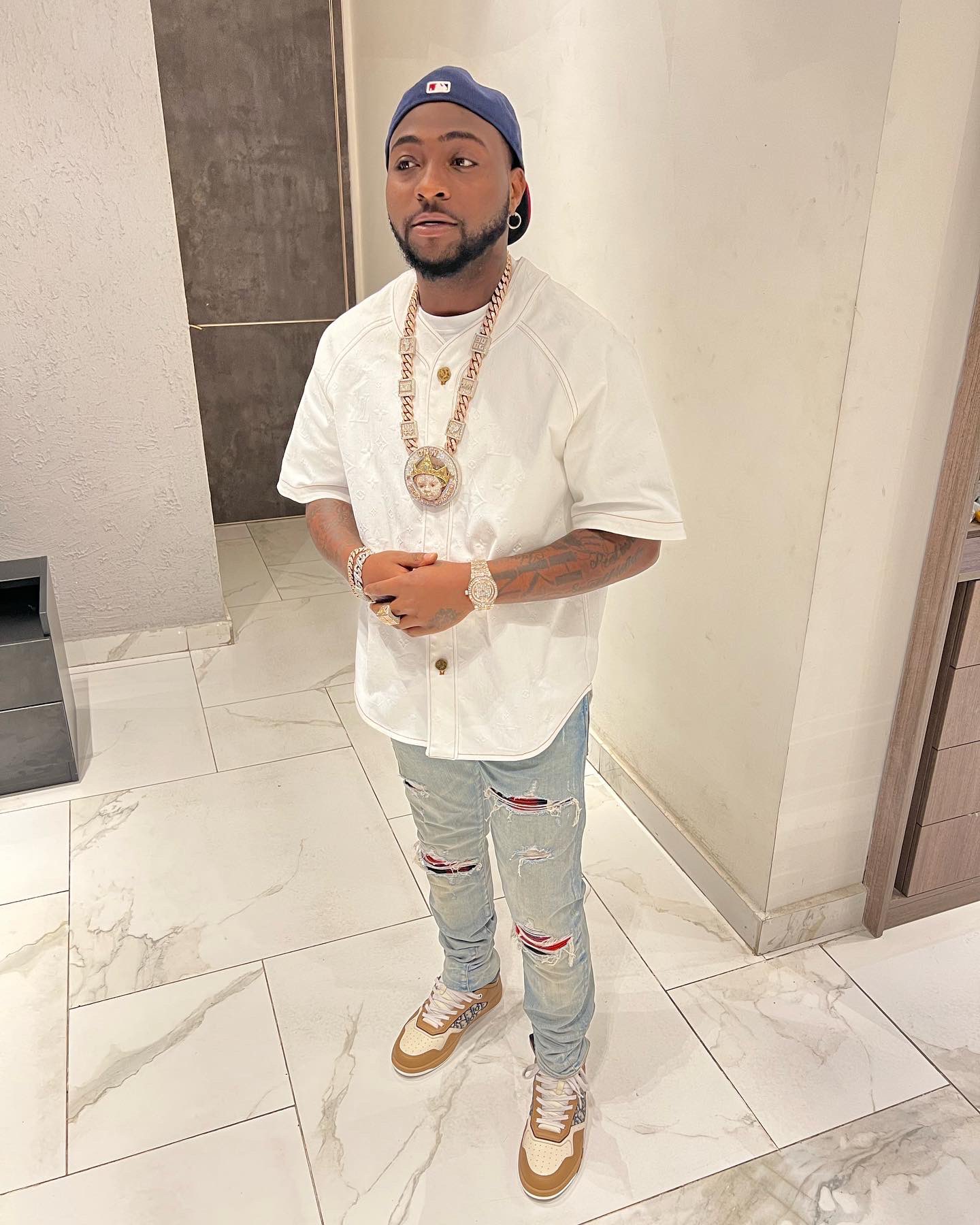 The singer took to his Twitter page to announce his newly acquired land which was given to him by his father.

Davido then appreciated his father, as he reaffirmed his love for the older man.

“Woke up to another /and from popsi in banana again! Such a dope father! Love u pops,” Davido wrote. 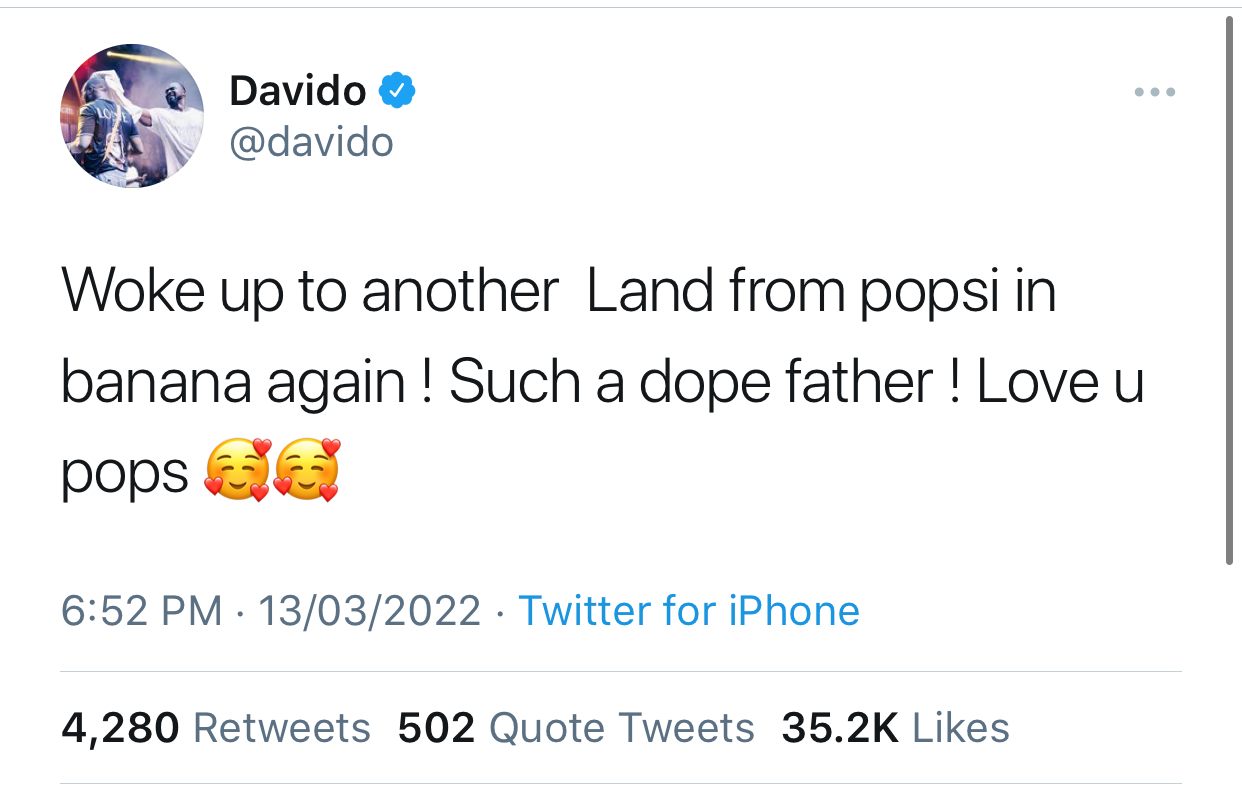 The father-of-three revealed that the land would be used to build “some crazy sh*t” for his kids.
He said, “I’m about to build some crazy shit for the kids.”

This comes two months after he did a house warming ceremony for his second home in Banana Island, Lagos.

The singer had on January 6, 2022, launched his new home with a star-studded house party.

Davido, popularly called Omo Baba Olowo (child of a rich man), had celebrated his new home a month after the Aye crooner gifted himself a brand new Lamborghini Aventador.

Reacting to the news on social media, a beautiful young girl identified as Princess Daniella took to her Facebook page and wrote:

Congratulations DAVIDO, my prayer is that my parents will enjoy the fruit of their labor…AMEN 🙏🏾 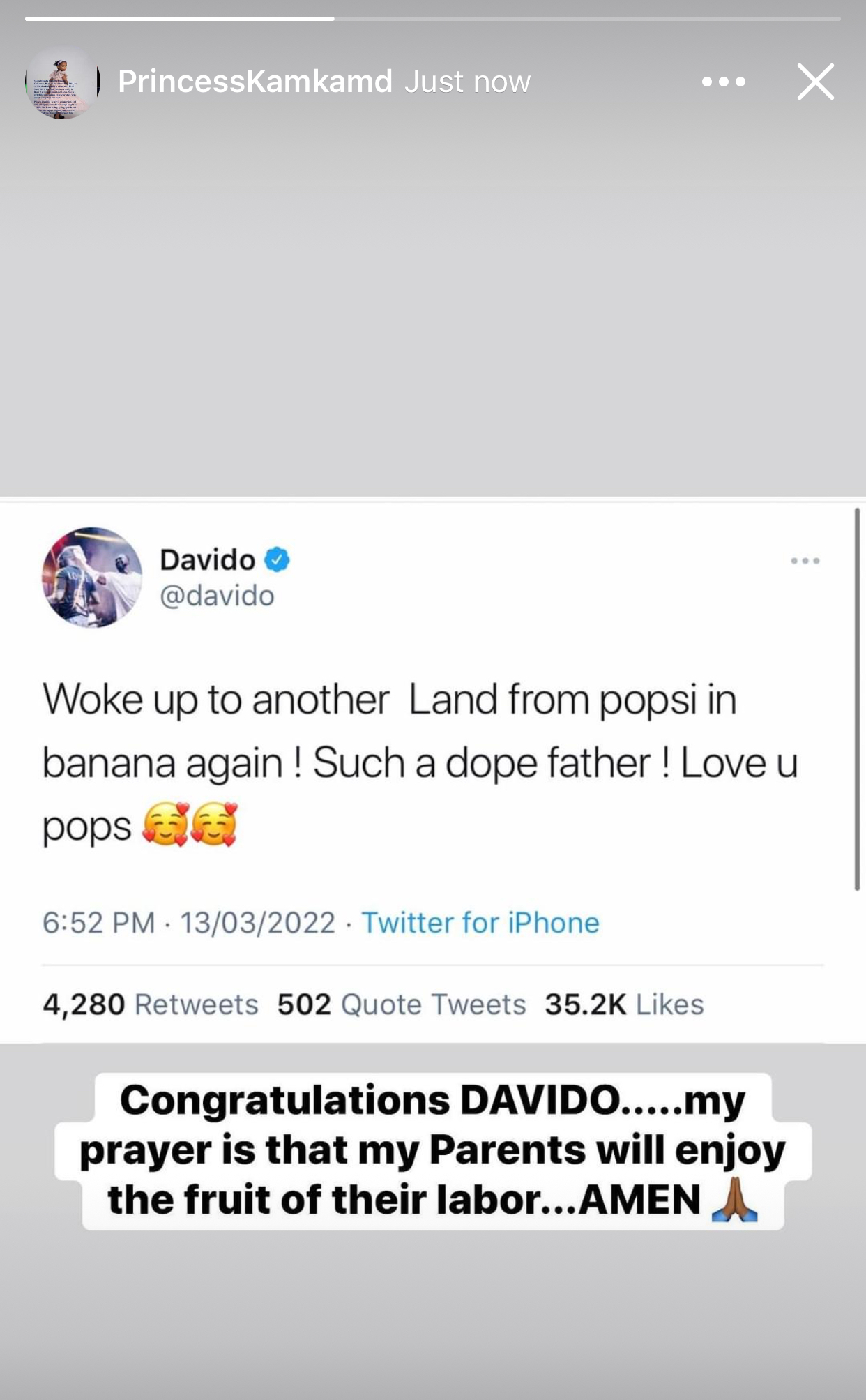