A man has taken to social media to share photo of the marriage list including the bride price that includes 10k for father-in-law cigarette, which was handed to him. 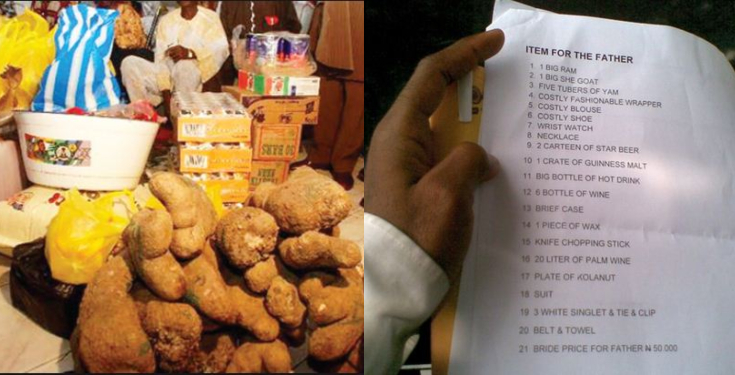 The list has sparked different reactions on social media platforms.

According to the picture shared online, the list which was divided into two sections had the sum of N10,000 earmarked for father-in-law and the second for the mother-in-law.

Some interesting items and their price tags as seen on both sections included N10,000 for father-in-law cigarette, a table for counting money at N15,000, a knife at N20,000, opening of the house at N50,000. All totalled over a million naira.

Taking to Twitter, the Abuja based logo and graphics designer with the handle @ekibyleo shared a photo of the list as he lamented saying:

Na marry I say I wan marry, wetin be this na?

Na marry I say I wan marry, wetin be this na? pic.twitter.com/FblMcxPEdw