Home Entertainment News Nengi responds after she was removed as ‘The Face Of The Girl... 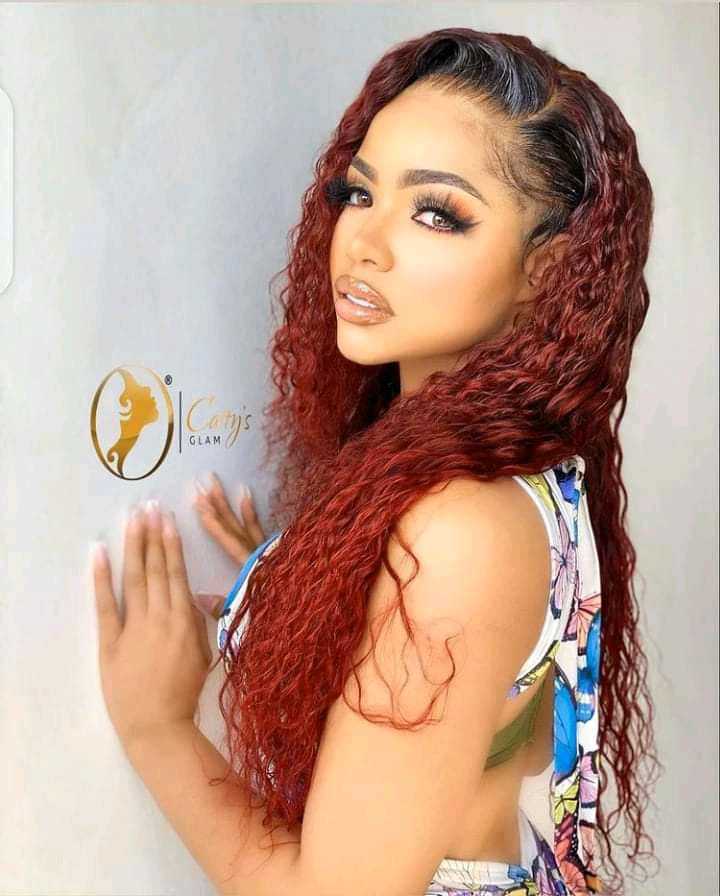 Allure Vanguard reported that the Lockdown star was replaced with Ebizi Blessing Eradiri, a young lady who graduated with first-class honours at both Niger Delta University, Amassoma and the Nigerian Law School.

Two months ago, Nengi received three appointments from the Bayelsa governor after she was hosted in his office.

Nengi’s appointment as the face of the girl child in the state did not, however, go down well with some people and they called out the governor for it. 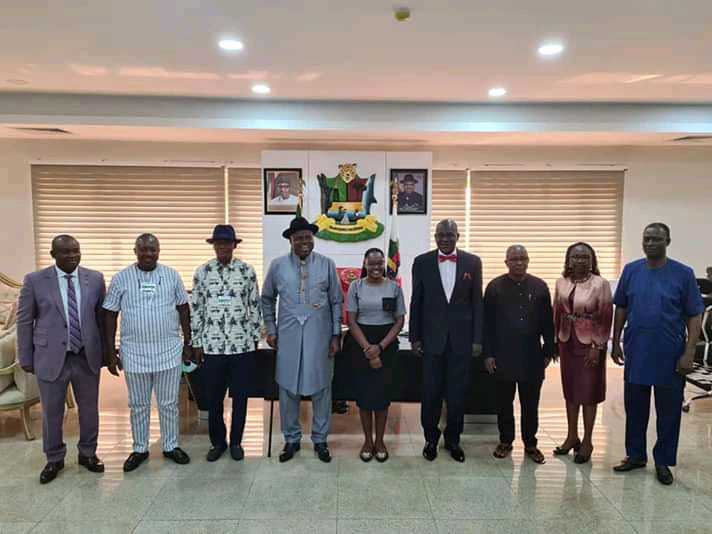 Musician and activist Charly Boy was one of those people that called out Governor Diri about snubbing the state’s first-class graduate and appointing the reality star instead.

It seemed that the governor has finally given in to the demands of Charly Boy as Blessing was recently spotted shaking hands with him in his office. The governor reportedly made the announcement of her appointment when he received her in his office in Yenagoa, on Monday, January 11. 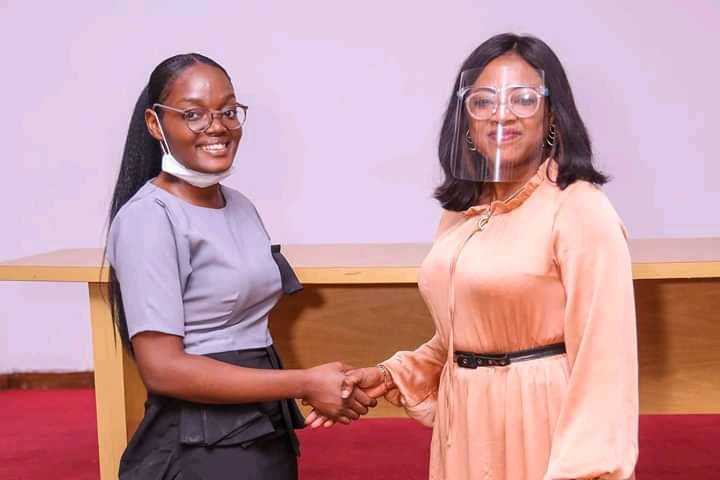 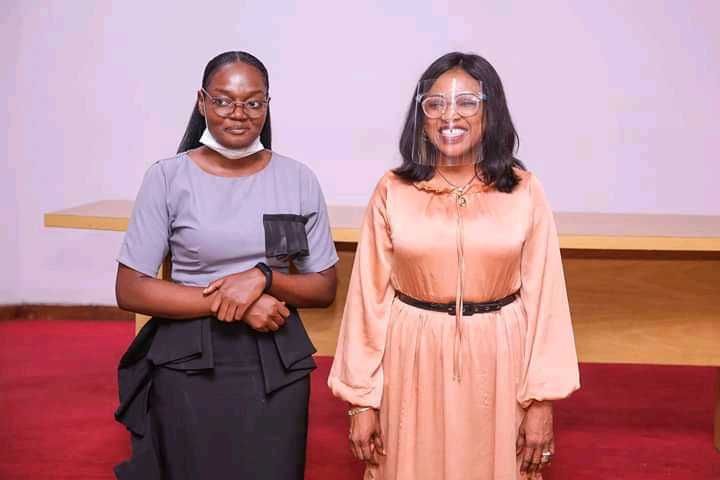 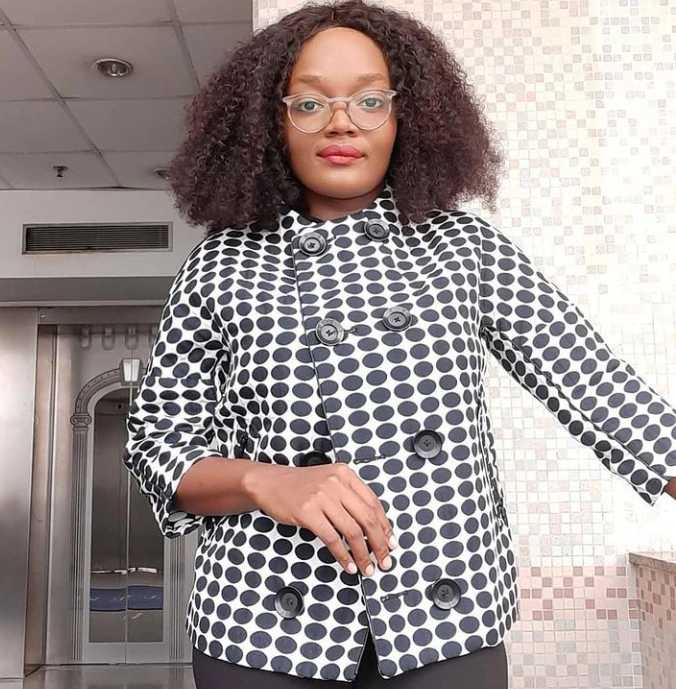 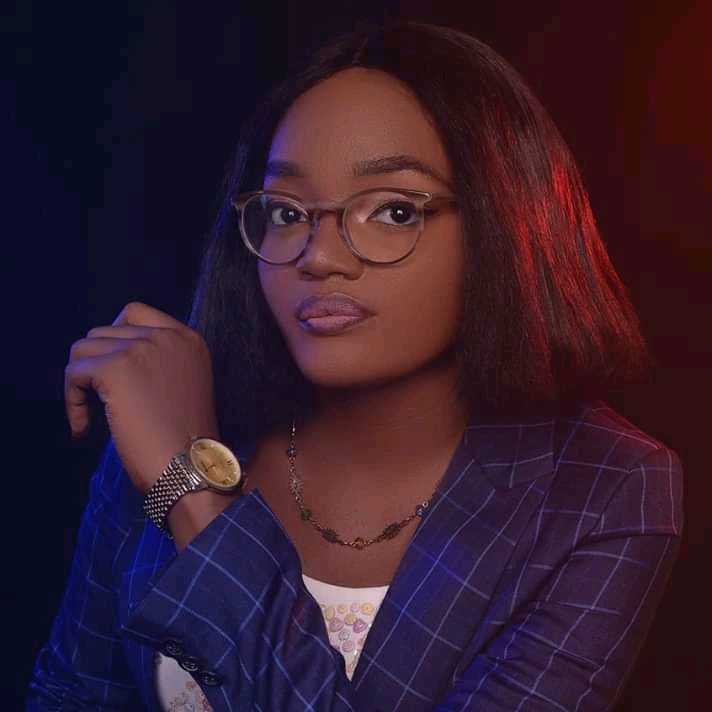 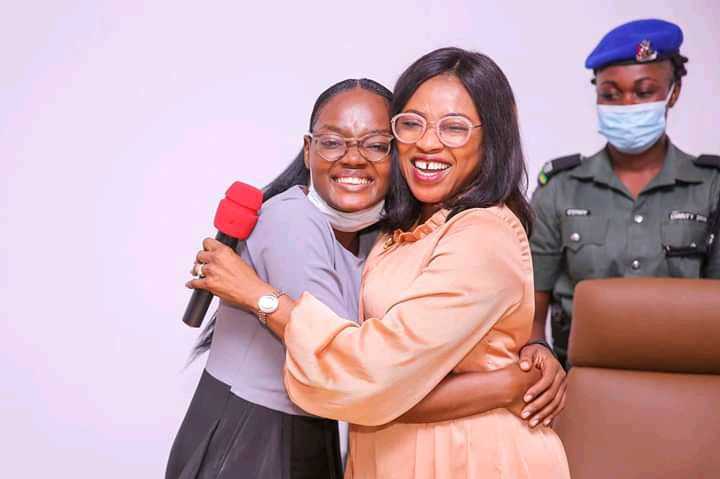 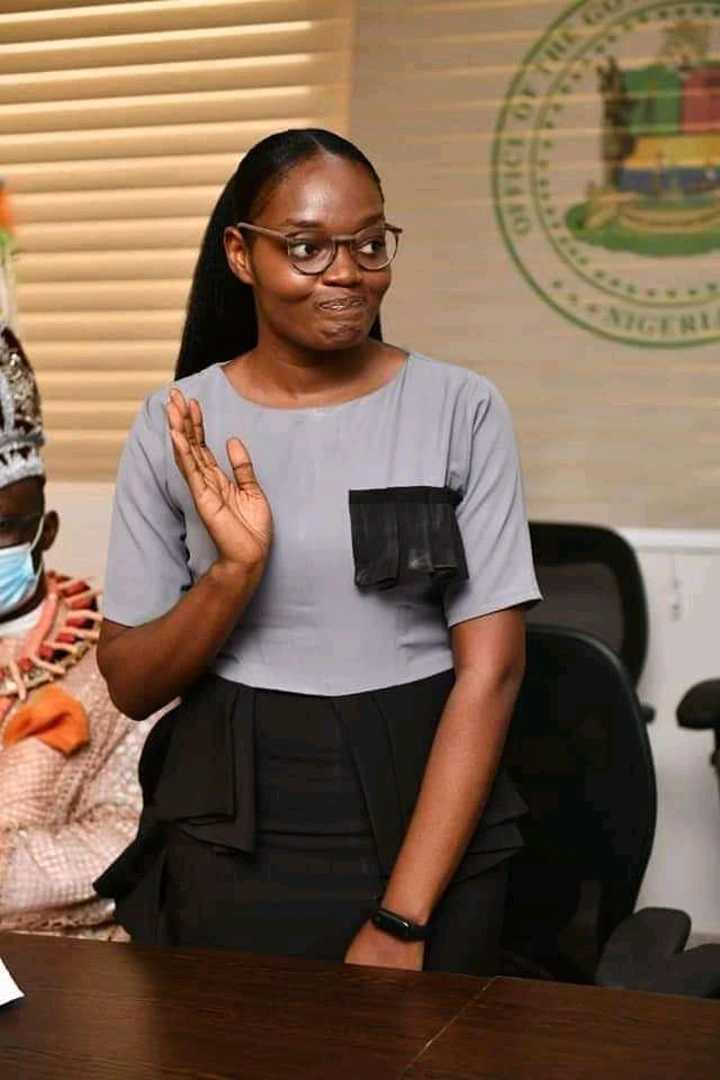 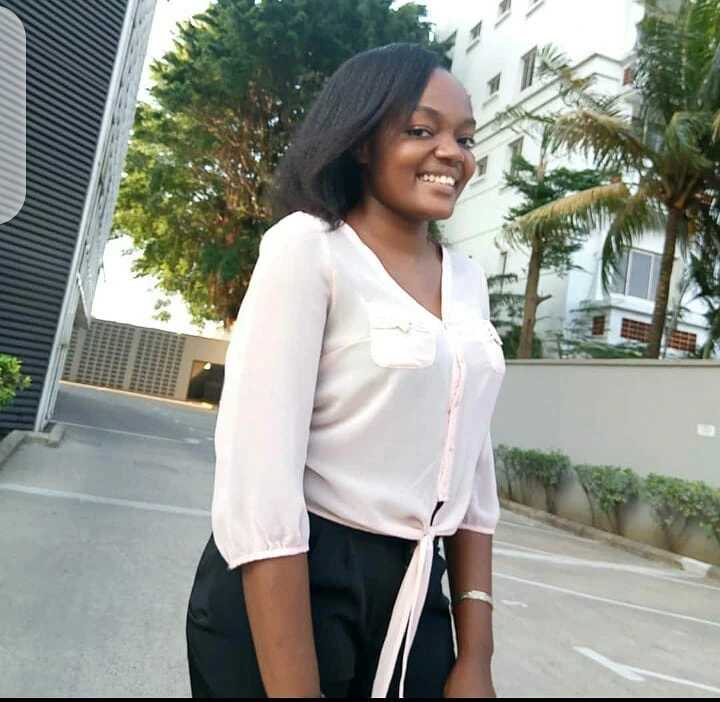 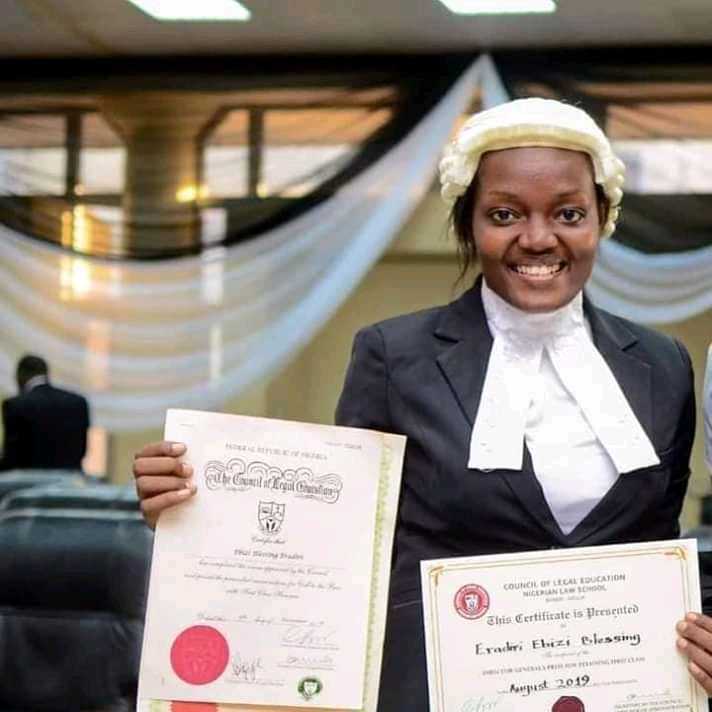 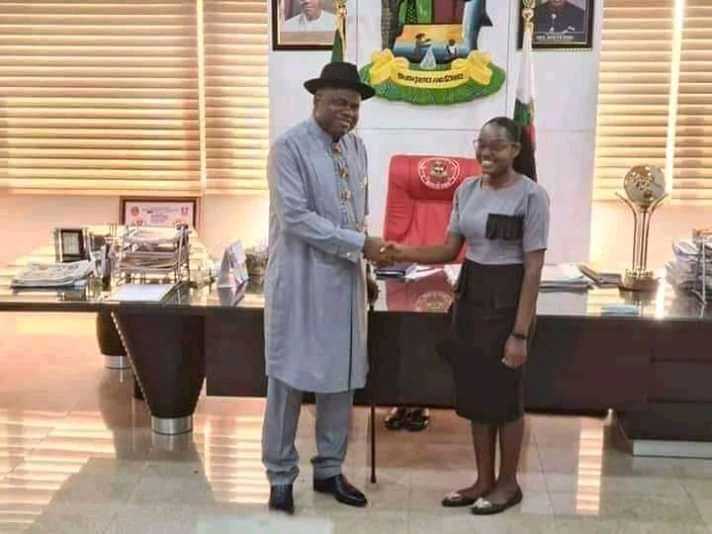 Reacting to the rumor, Nengi disclosed that she will be working with Eradiri to front for a better welfare for the girl child. The 23year old reality star stated this on her Twitter page. 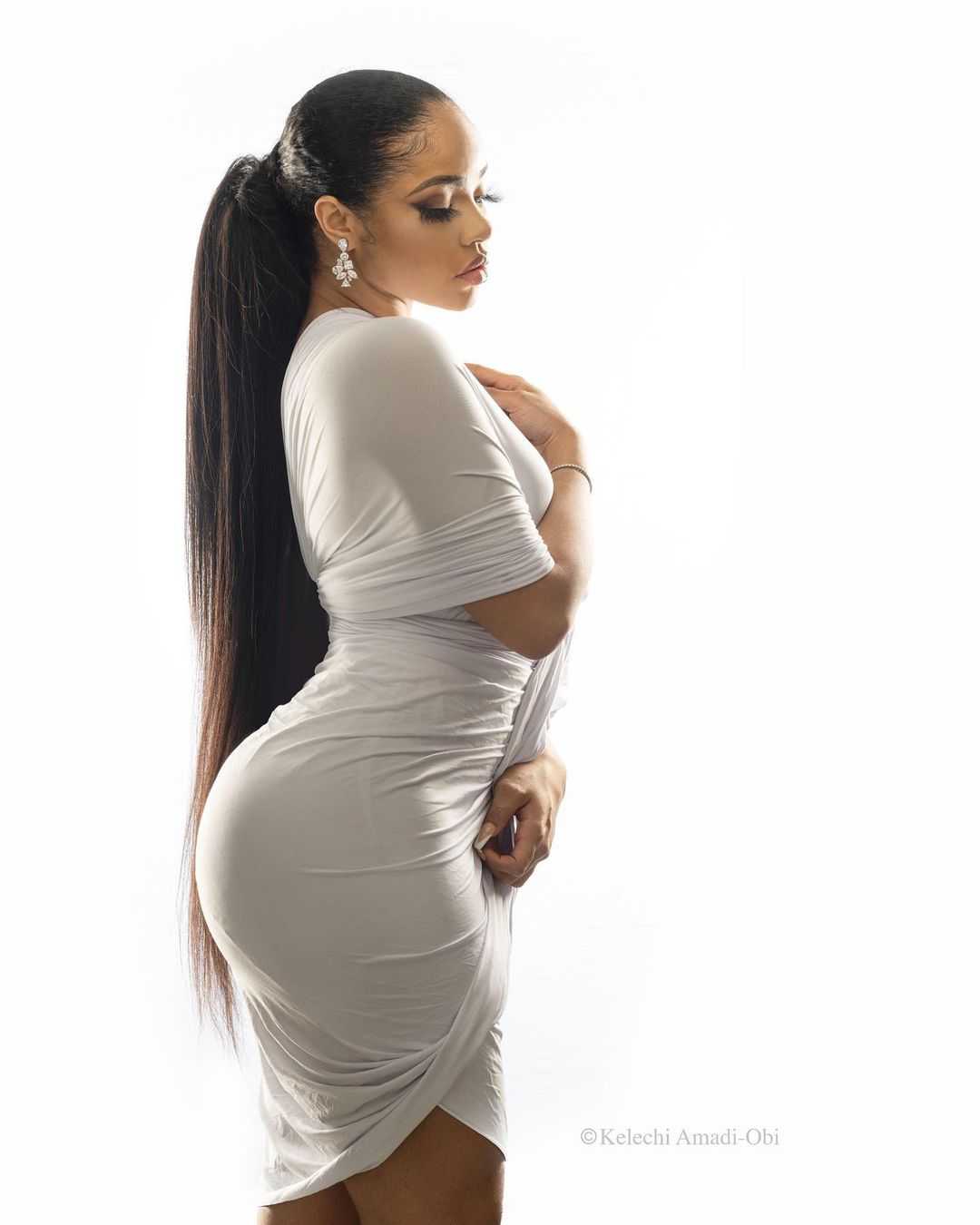 Congratulations to Barr. Ebizi Eradiri. It’s amazing how you were able to pull that thru!

Special thanks to my Governor for also finding her worthy for the honour. It is without doubt that we will both work together to see how we can front for a better welfare for the Girl child 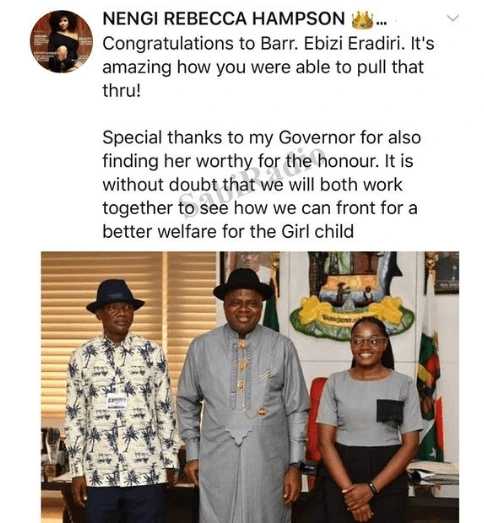 See reactions from media users below: 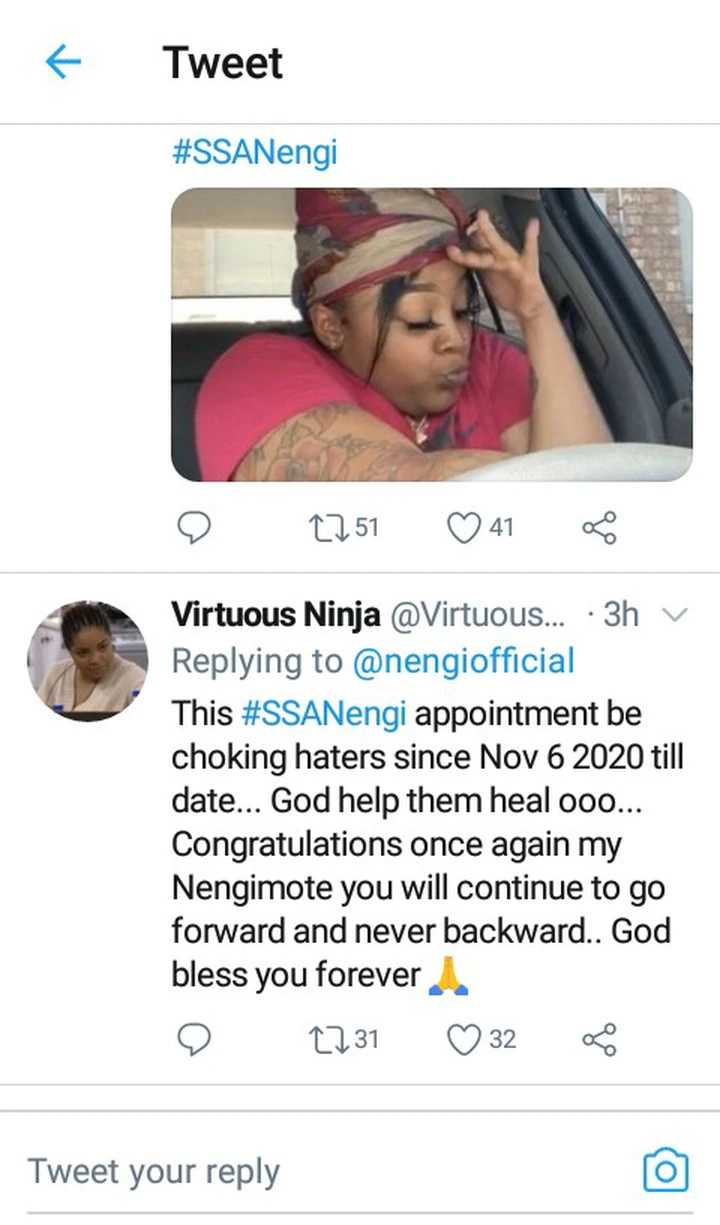 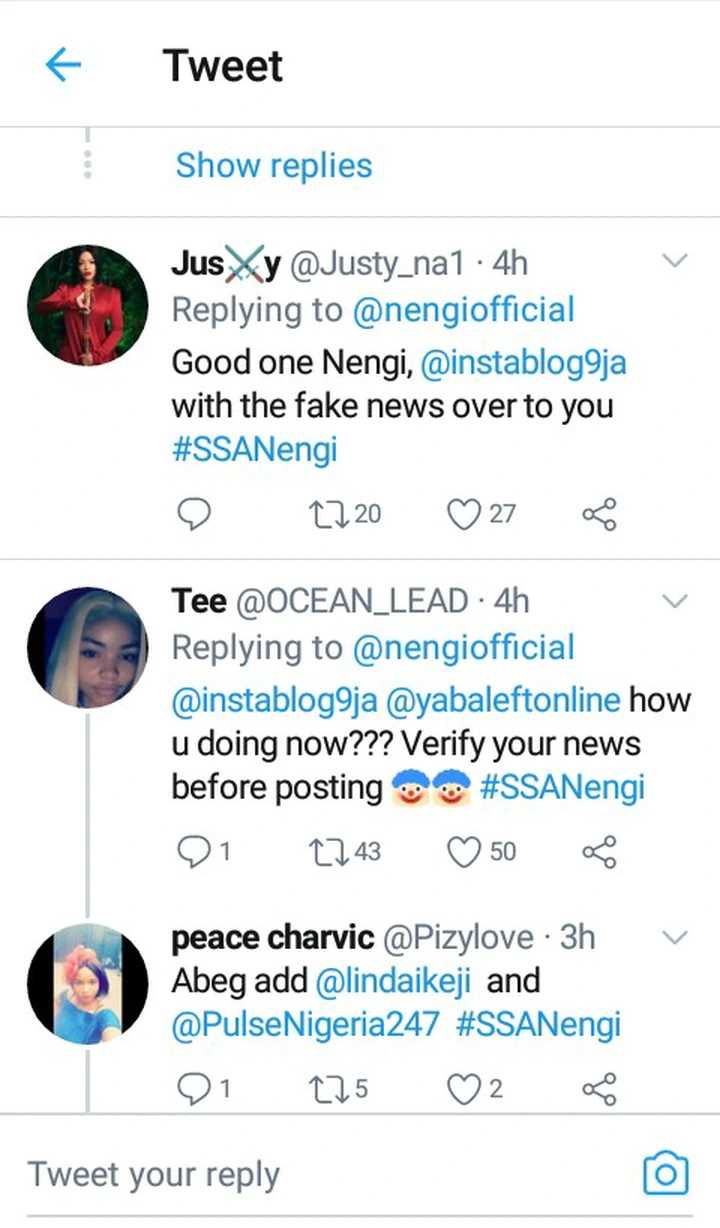 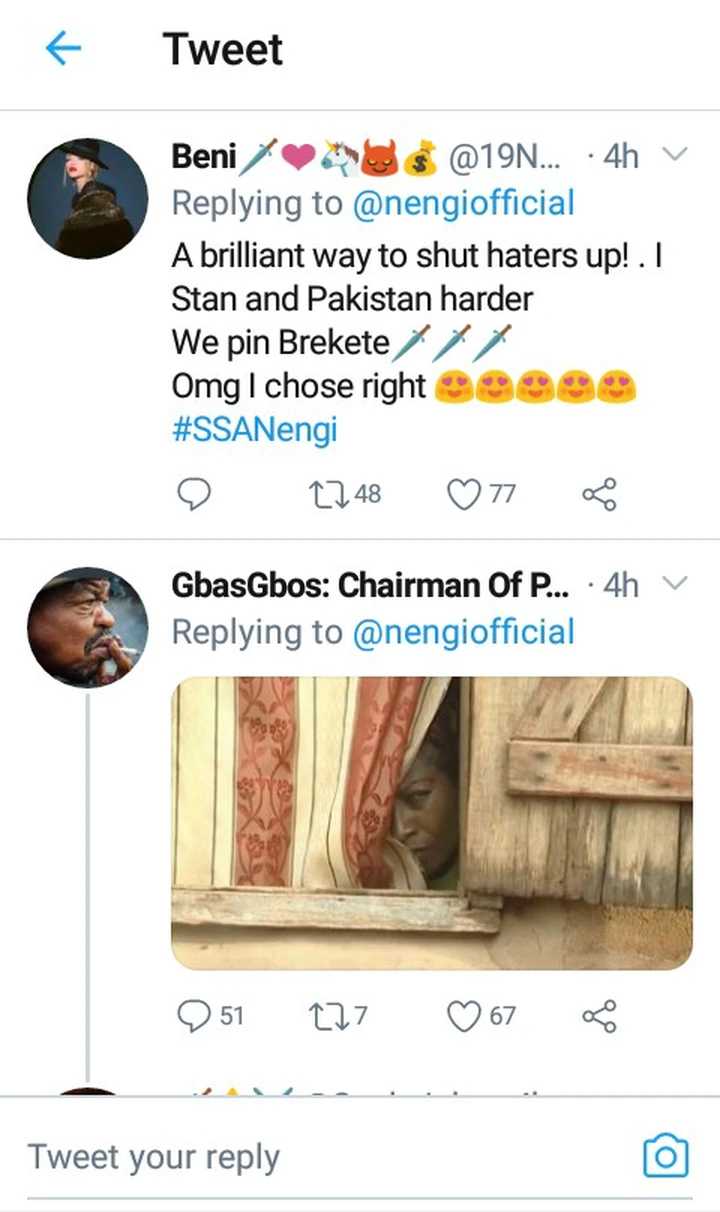 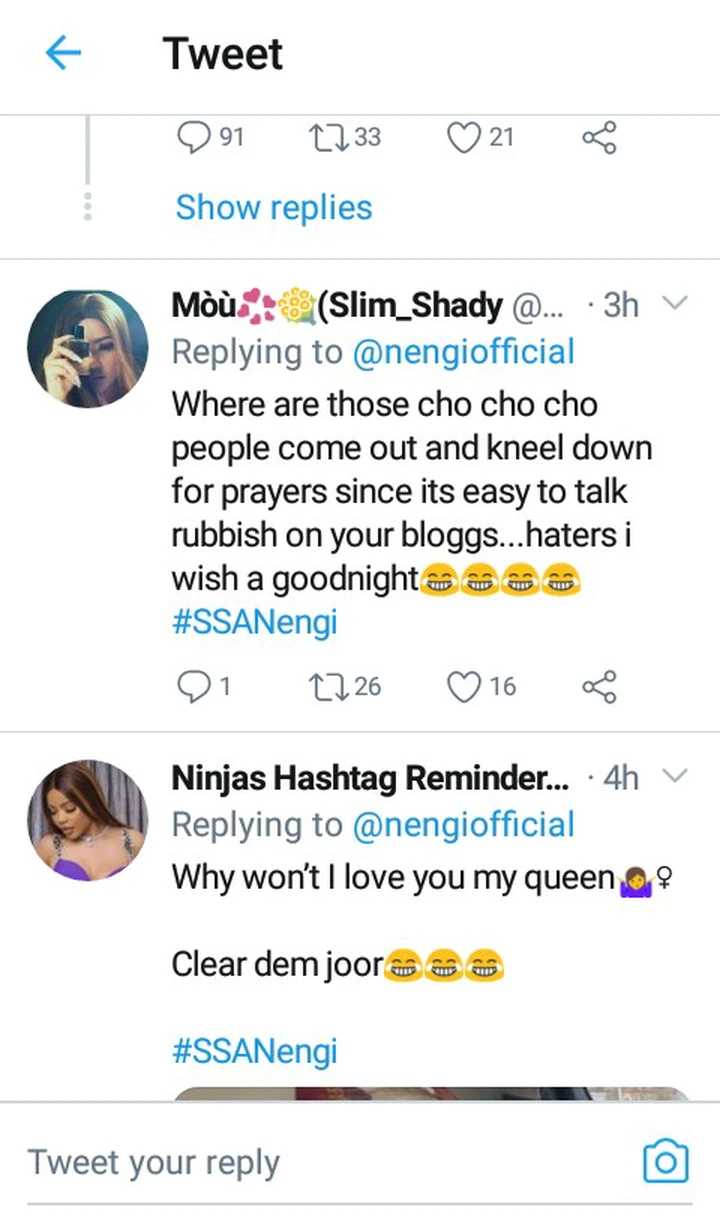