A man with the help of his teenage nephew, allegedly stabbed his lover to death for refusing to register her new car in his name in Lagos.

According to Ngozi Ikebuaso who shared the story on Facebook, the woman said she couldn’t use his name on the documents because the man had not paid her bride price.

They locked her in immediately she came back from her shop and killed her, according to the report. 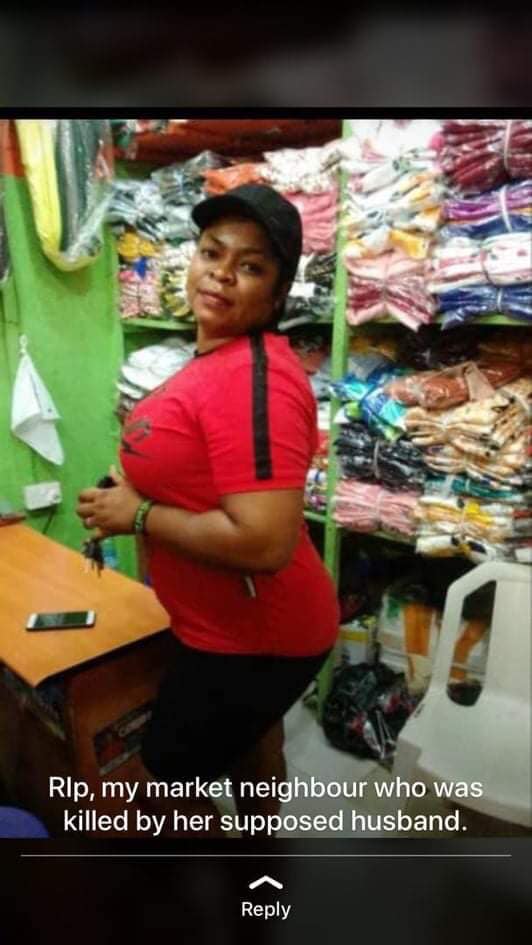 “A man with the help of his 16 years old nephew stabbed his wife to death because she refused to use his name in her new bought car documents. The woman said she can’t use his name on the documents because the said man never paid her pride price ( they are just leave in lovers. Di na nwuye ndi Lagos)and have not married her after living together for 8 years. They locked her in immediately she came back from shop and killed her. This is a jobless man that has been feeding off the woman. This is so sad” Ngozi wrote as she shared their photos.