A Nigerian man, Samuel Adekojo shared photos of the suspension letter he got from his boss after joining #EndSARS protest. 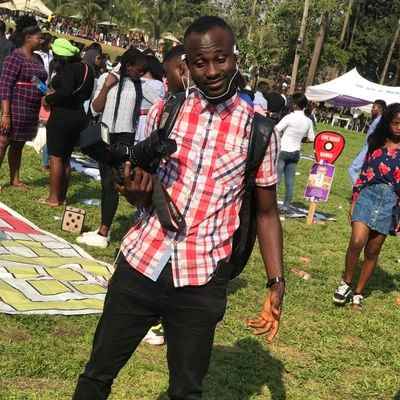 Taking to his twitter handle, he posted the letter given to him by the Management of MBH Power Limited, where he works as an I.T Assistant.

It was stated in the letter that the management had set up several guidelines to prevent her staff from contracting COVID-19, which he might have contracted after joining the #EndSARS protest.

Hence, his suspension till further notice.

I tried not to put this up here. All I asked was that they send the staff a new letter stating when he will resume work or if they’d like him to self isolate…The idea of till further notice is not acceptable.

I already called the company and they seem not to reason with my view. For God sake, the young man went to #endsars protest for a good course on a day he considered to be his off day…

All I am asking for is a date to resume back to work!

”I wish to officially inform you that Management has placed you on suspension from the Company from today Tuesday 13. October, 2020till further notice.

This is due to your participation in the ongoing #ENDSARSBRUTALITY# that has been going on now for some days all over the Country.

You will recall that Management has been doing its best to keep all employees safe since the beginning of COVID-19 Pandemic by asking us to work from home and when it is compulsory to come to work, official vehicle is being provided to avoid mingling with the general public.

Your involvement in the protest negate Management decision to keep us away from the public and for that reason, you have to be on suspension till further notice to avoid spreading the disease among staff. 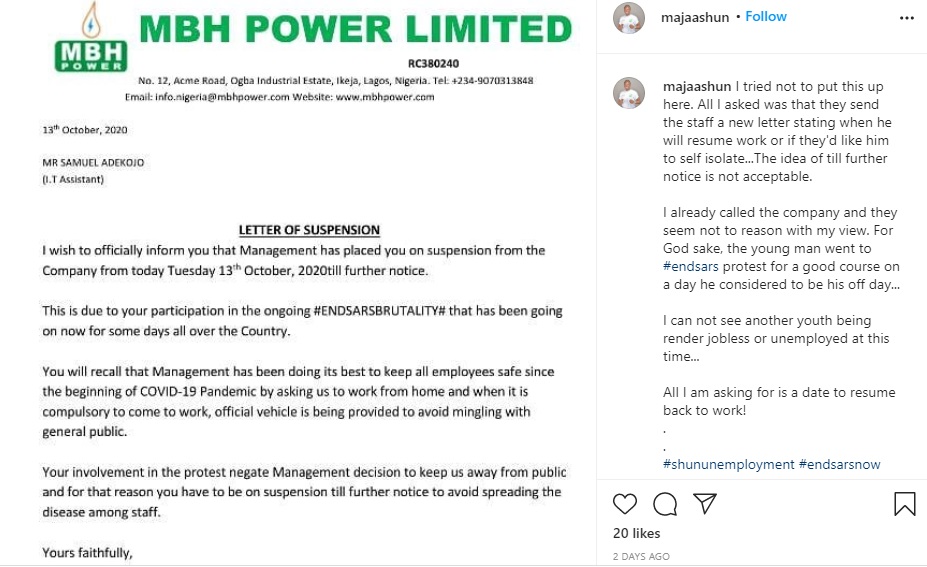