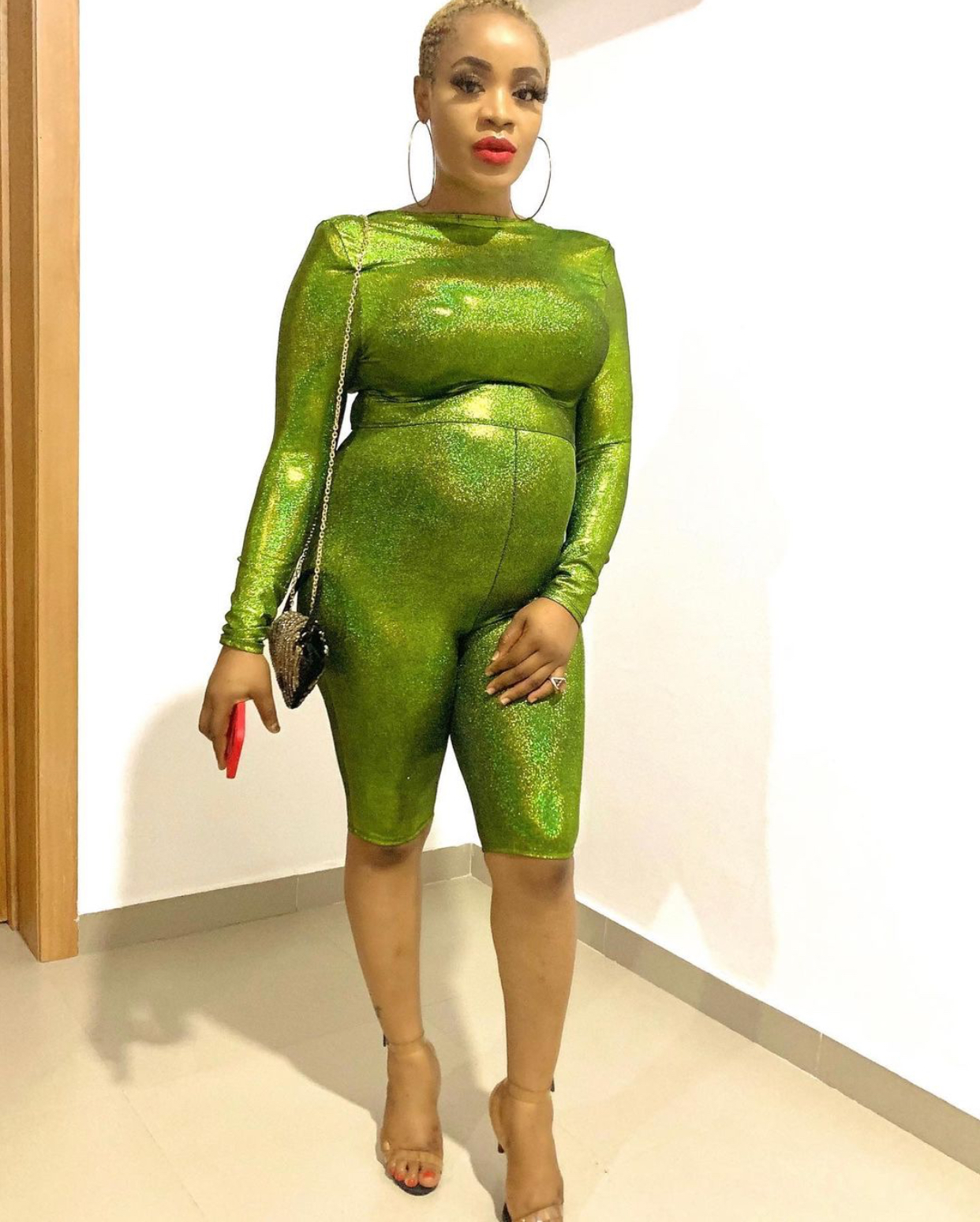 In the photos, the soon mum to be was seen rocking a green tight jumpsuit that revealed the shape of her big baby bump.

Although lots of people on social media admired the outfit, some others think Uche looks funny in it, describing her as a frog that swallowed fish. 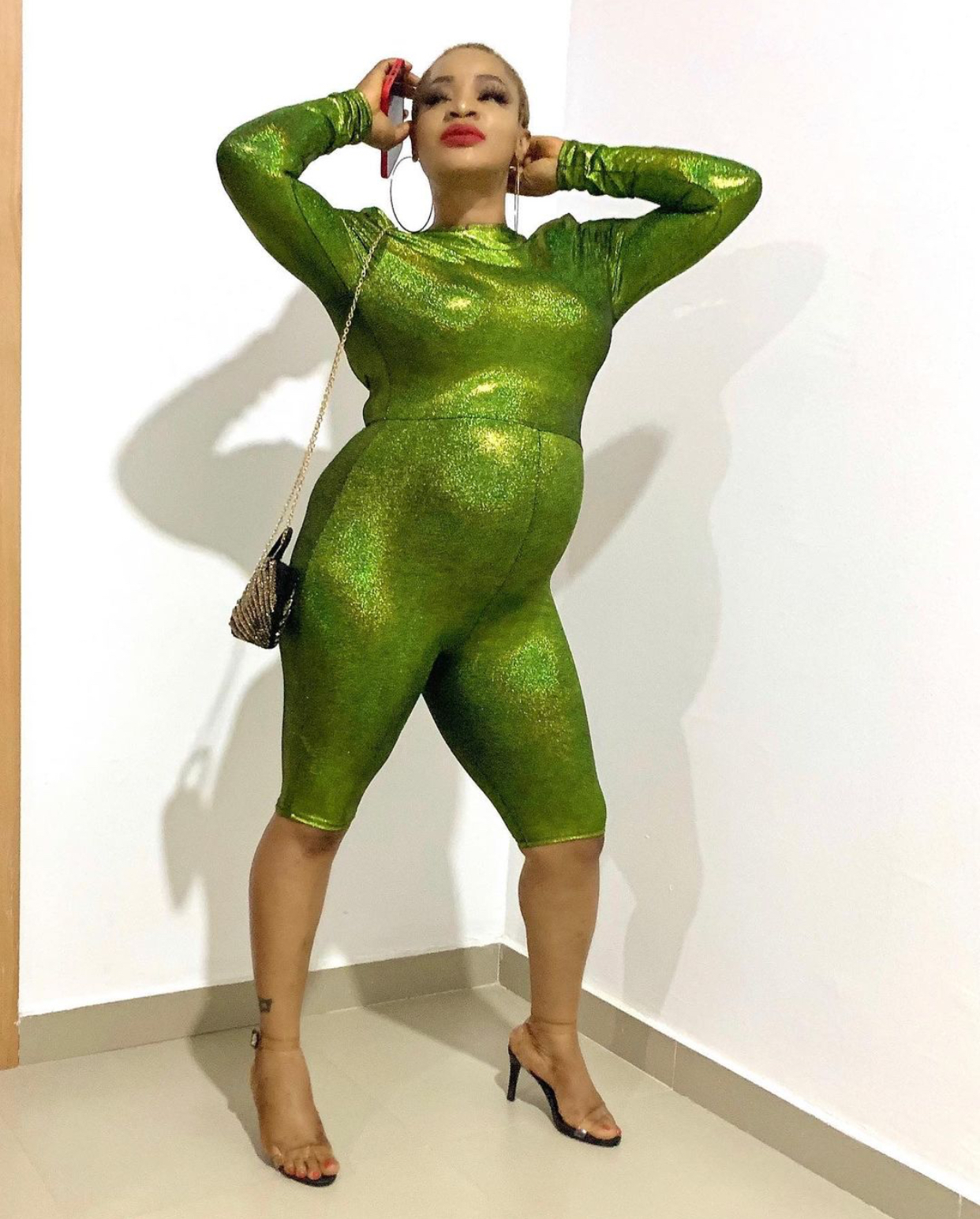 See some of their comments below;

@onyii.cynthia wrote “she look like toad dat swallowed fish all in the name of pepper dem fashion”

@brennie_official wrote “At first she was hiding it. But ever since stella announced that she’s pregnant, she’s now feeding us wit both half naked pictures of her pregnancy… it’s not bad she’s just exaggerating it”

@zara_storesss2 wrote “The kind rush she go take comot the cloth after this pics eee….she won’t be comfortable in it.” 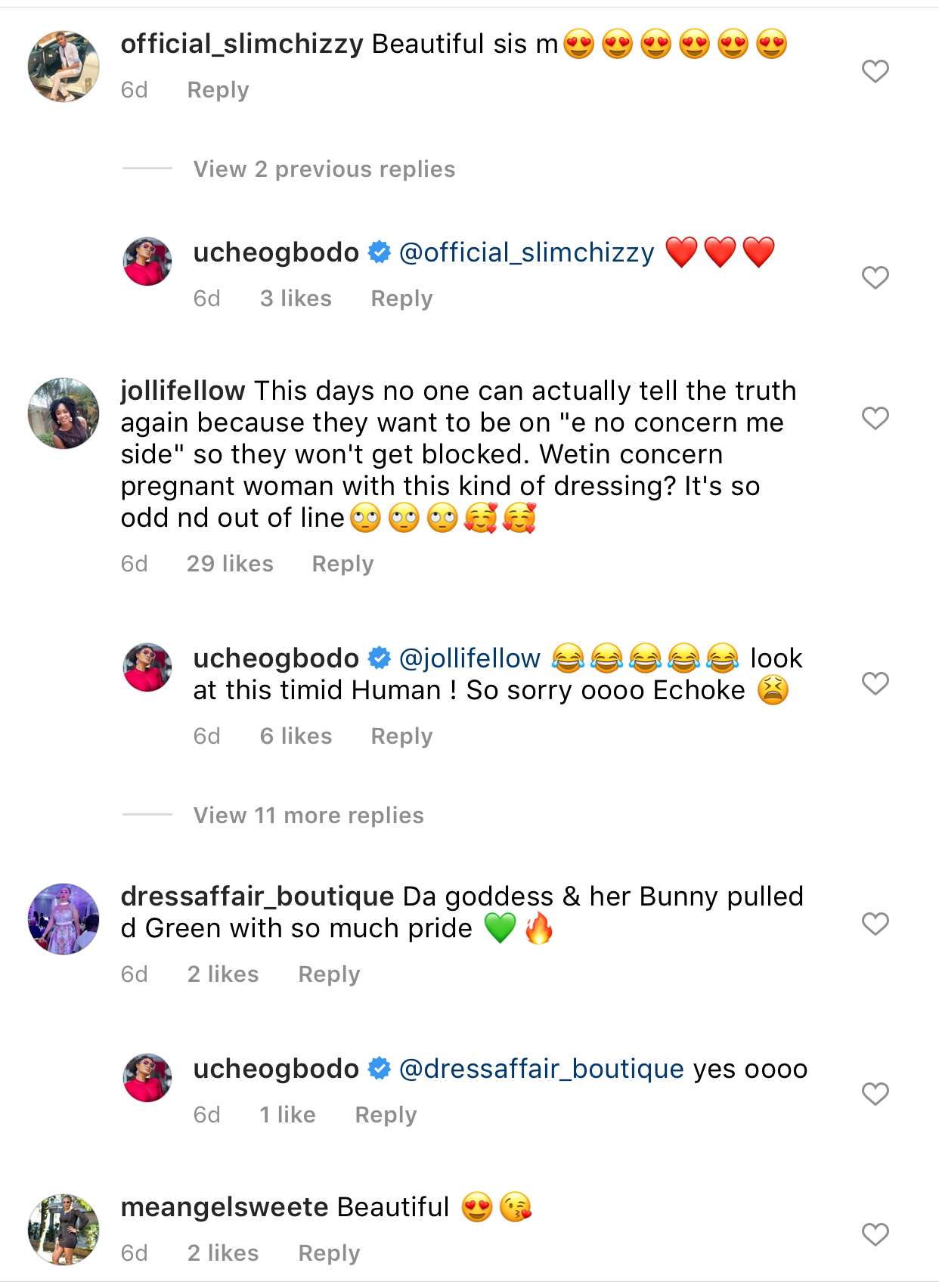 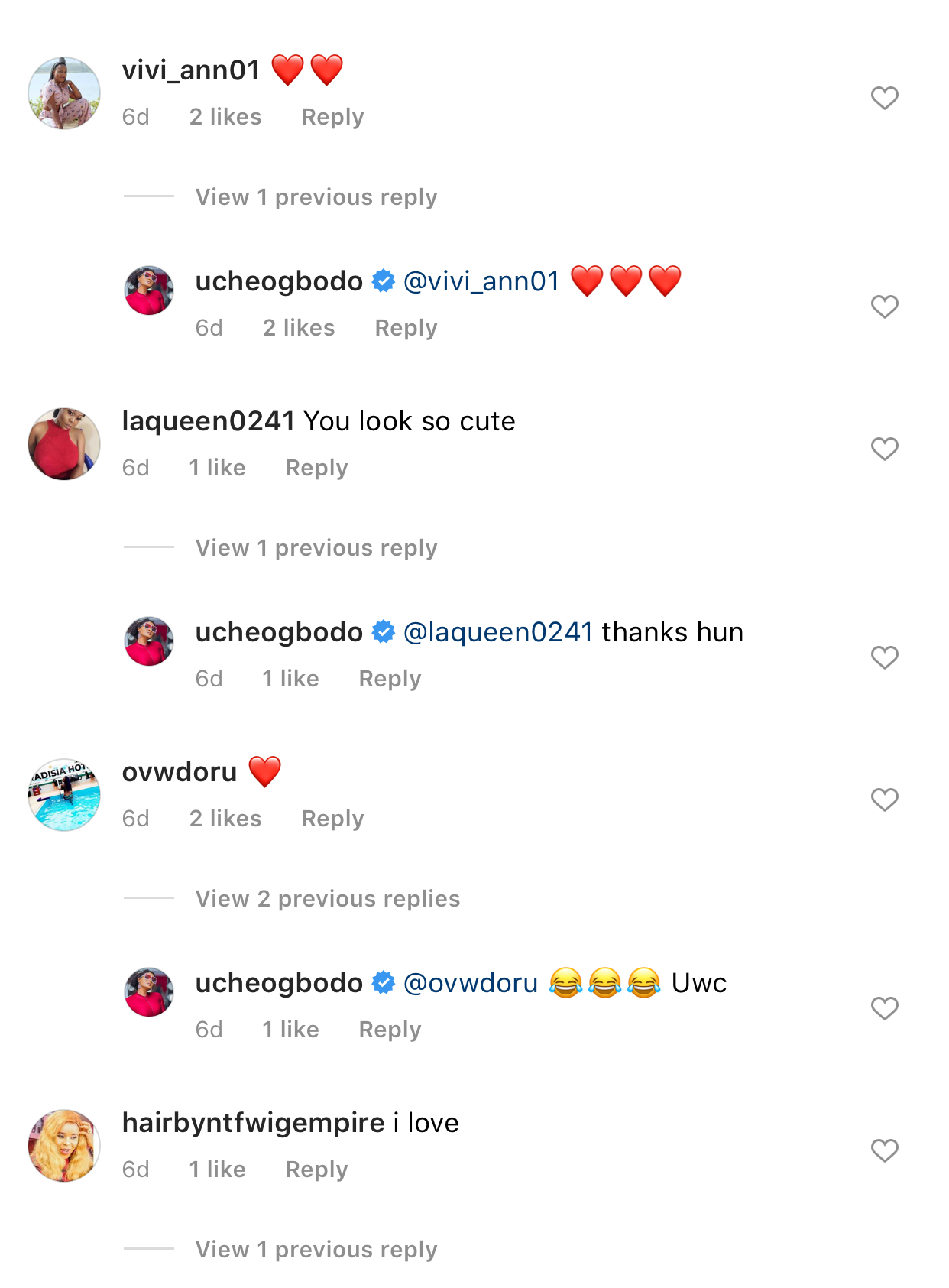 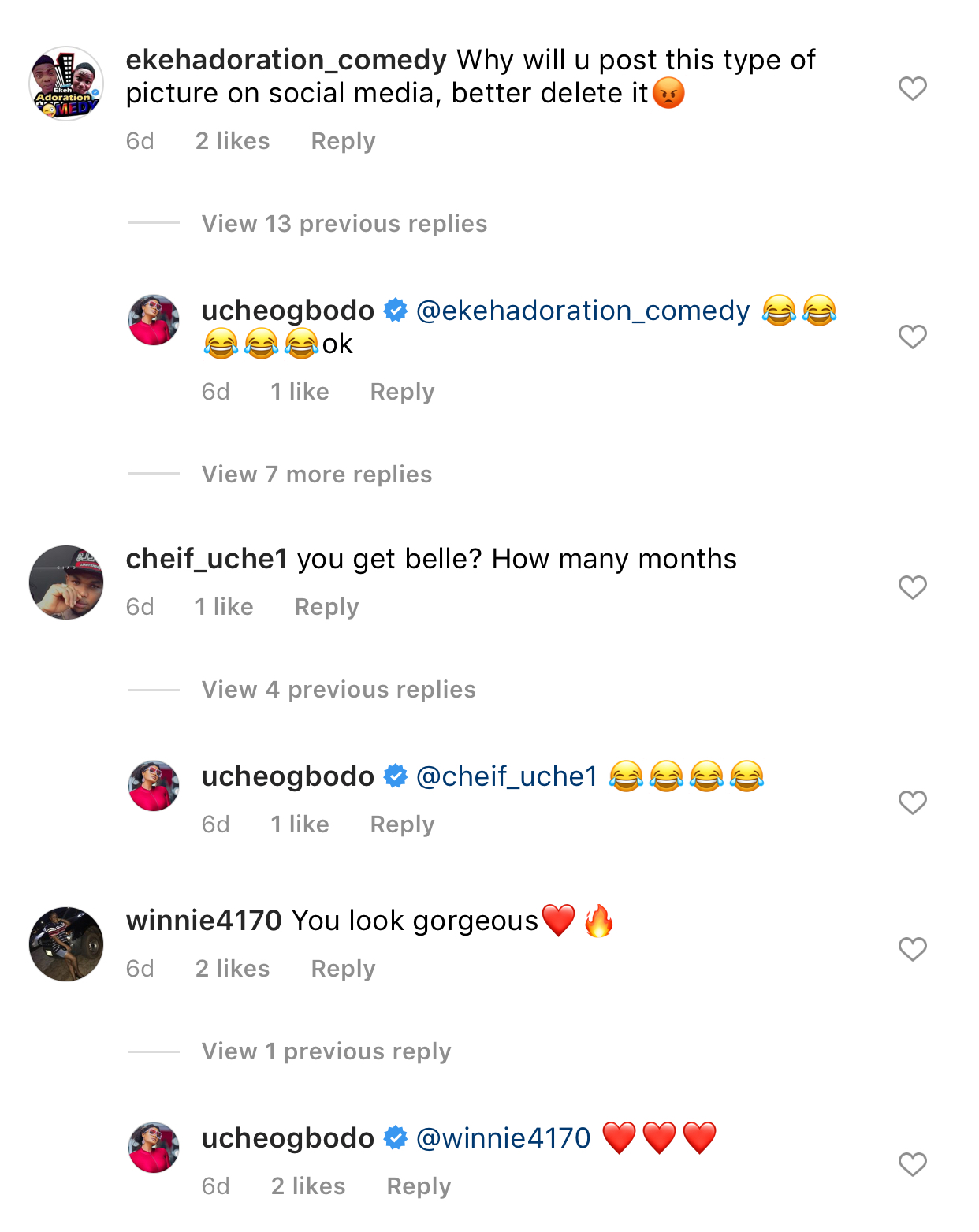