Home Entertainment News “No Be Erica Kpekus Be That oo” – Reactions As Kiddwaya Is... 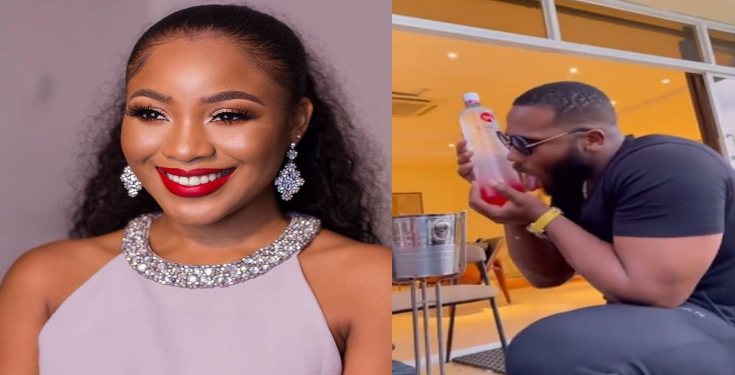 Kiddwaya was filmed in a video trending online licking the bottle from top to bottom as he was seen on his knee after which he got up.

Reacting to the weird act by the billionaire son, Nigerians made silly and cheeky comments about it and some even referred to the bottle as the kpekus of his estranged love interest, Erica Nlewedim.

Check out some reactions below:

iamtemiii: This is really dirty How can u be licking a bottle like that

dharn_xx: Bro no wan get sense again self

nneamaka2016: It’s how Kidd is catching cruise and same time he’s effortlessly marketing his brand for me.👏👏👏👏 If you like troll him, remember his bank account has already been credited sha😂😂😂😂😂 Troll with caution sha, cos trolling doesn’t pay

nofilters0880: Kiddwaya is there cruising some people are here crying