Miss Folashade Salako, the best graduating student in the department of Pharmacy in 2019 from the Obafemi Awolowo University (OAU), has died after sustaining head injury in a car crash. 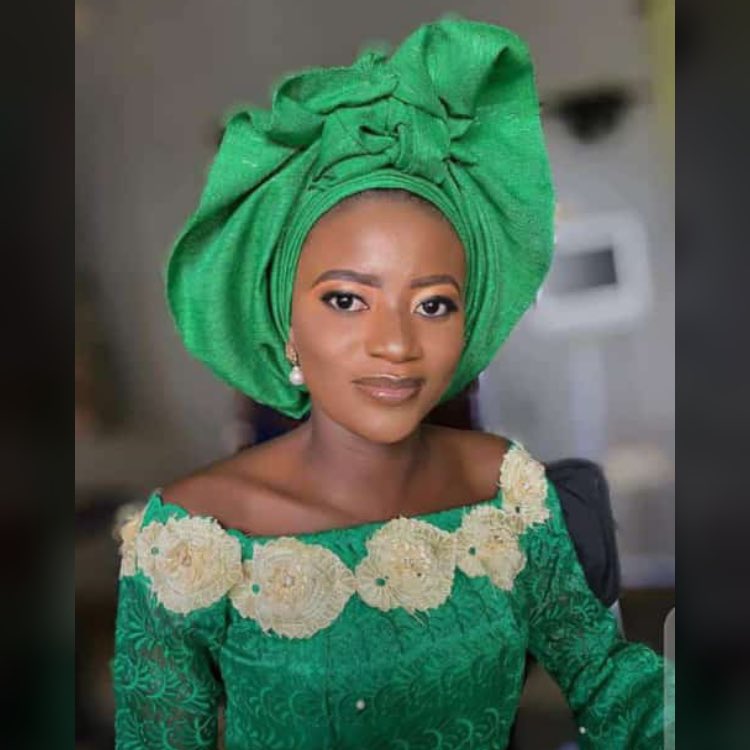 According to reports, Folashade, who won the maiden Shalina’s international Young Pharmacist Award as the best graduating student, died on Wednesday, April 21. 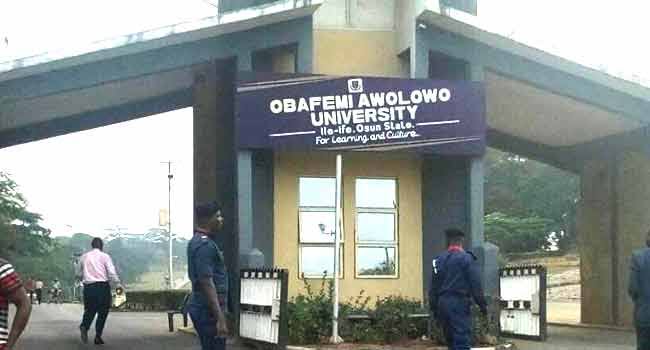 It was gathered that she died during an operation at University College Hospital (UCH), in Ibadan, Oyo State.

A particular twitter user identified with handle while reacting to the news wrote: 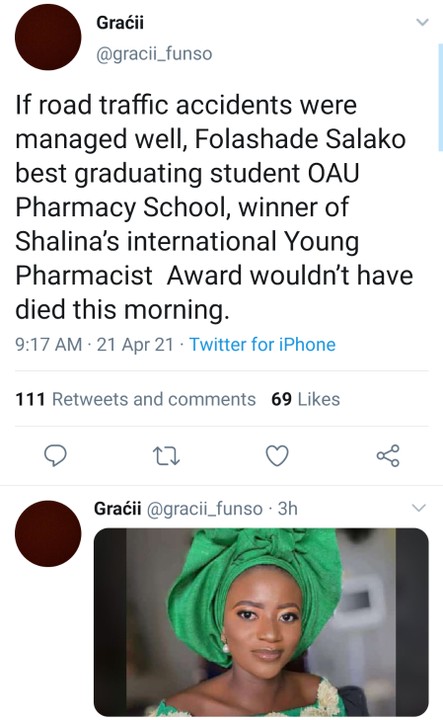