Home Viral Our ancestors never had it this way – Man kicks against the...

A Nigerian man from the South East is currently the talk of social media after he kicked against the expensive marriages in Igboland. 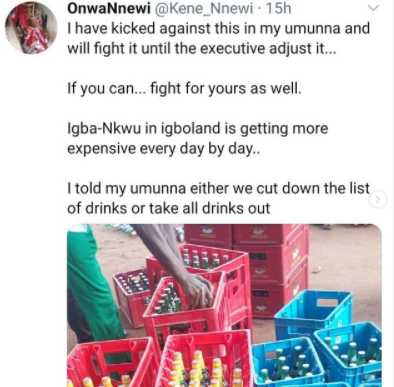 Making particular reference to the demands on the marriage lists given to intending grooms in Nnewi, Anambra state, the man who made his complaint via his Twitter handle @Kene_Nnewi, said youths in each Igbo community popularly known as Umunna, need to reduce the demands they make to men who come seeking the hands of the female members of their community in marriage.

”I have kicked against this in my umunna and will fight it until the executive adjust it… If you can… fight for yours as well. Igba-Nkwu in igboland is getting more expensive every day by day.. I told my umunna either we cut down the list of drinks or take all drinks out entirely…. collect 70k for the two goats 10k for few crates and one schnapps and that’s it…this issue of gathering to share almost 8bottles of drink per head after Igba-Nkwu have to stop.”

When a Twitter user replied by saying ”African culture dey make things too hard these days”, Kene disagreed saying it is the greed in this generation that has led to the expensive wedding lists

”Not African culture but our generation greediness..our ancestors never had it this way” 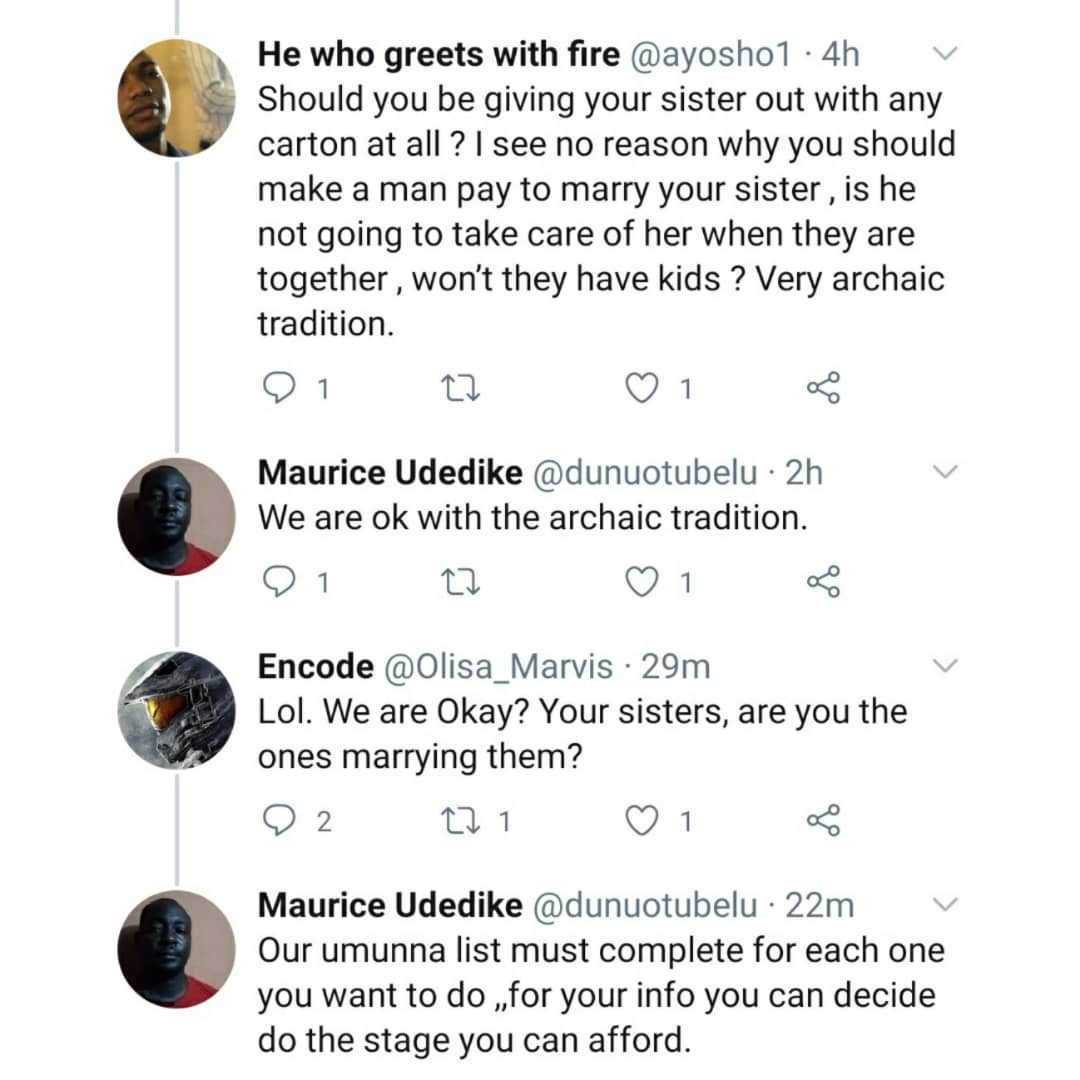 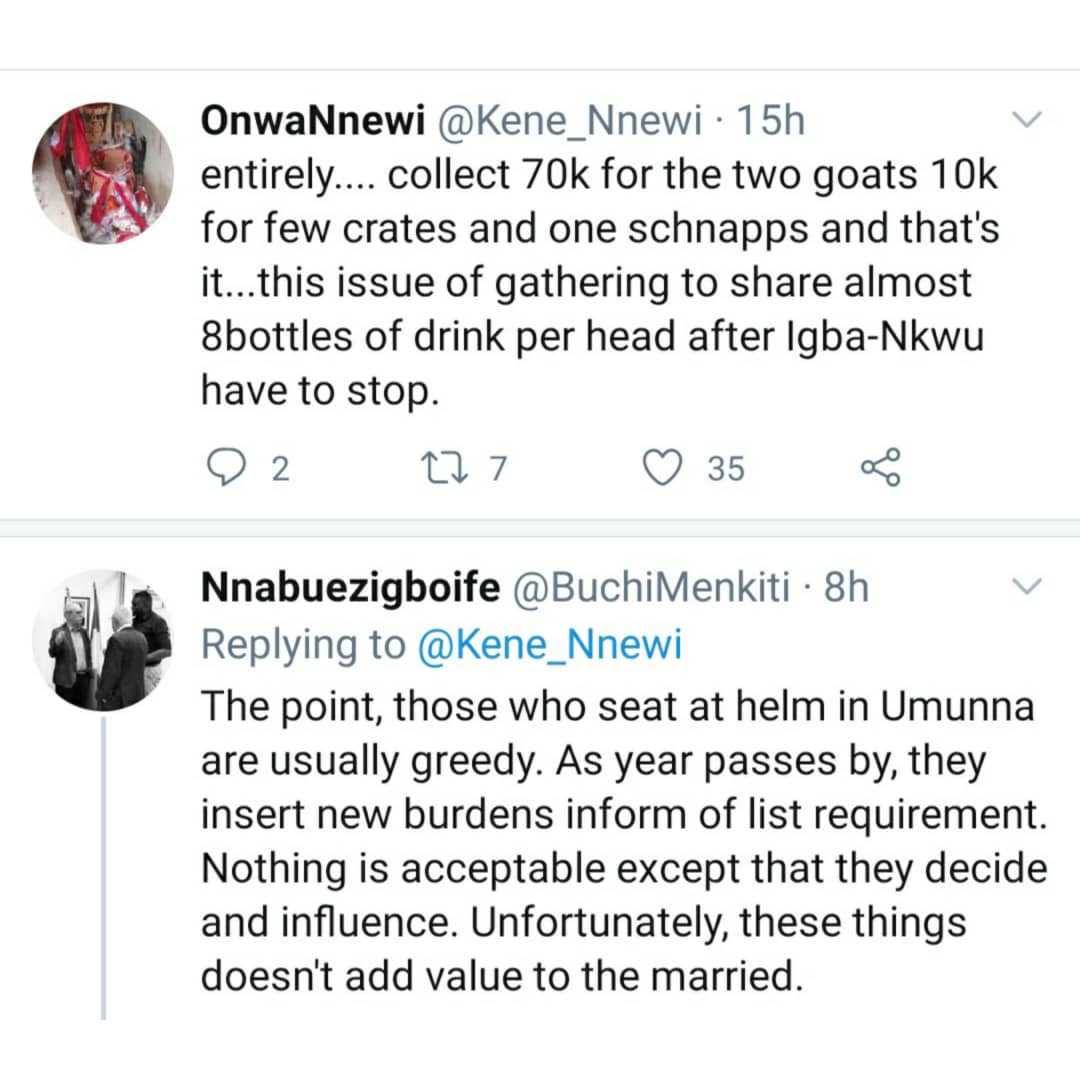 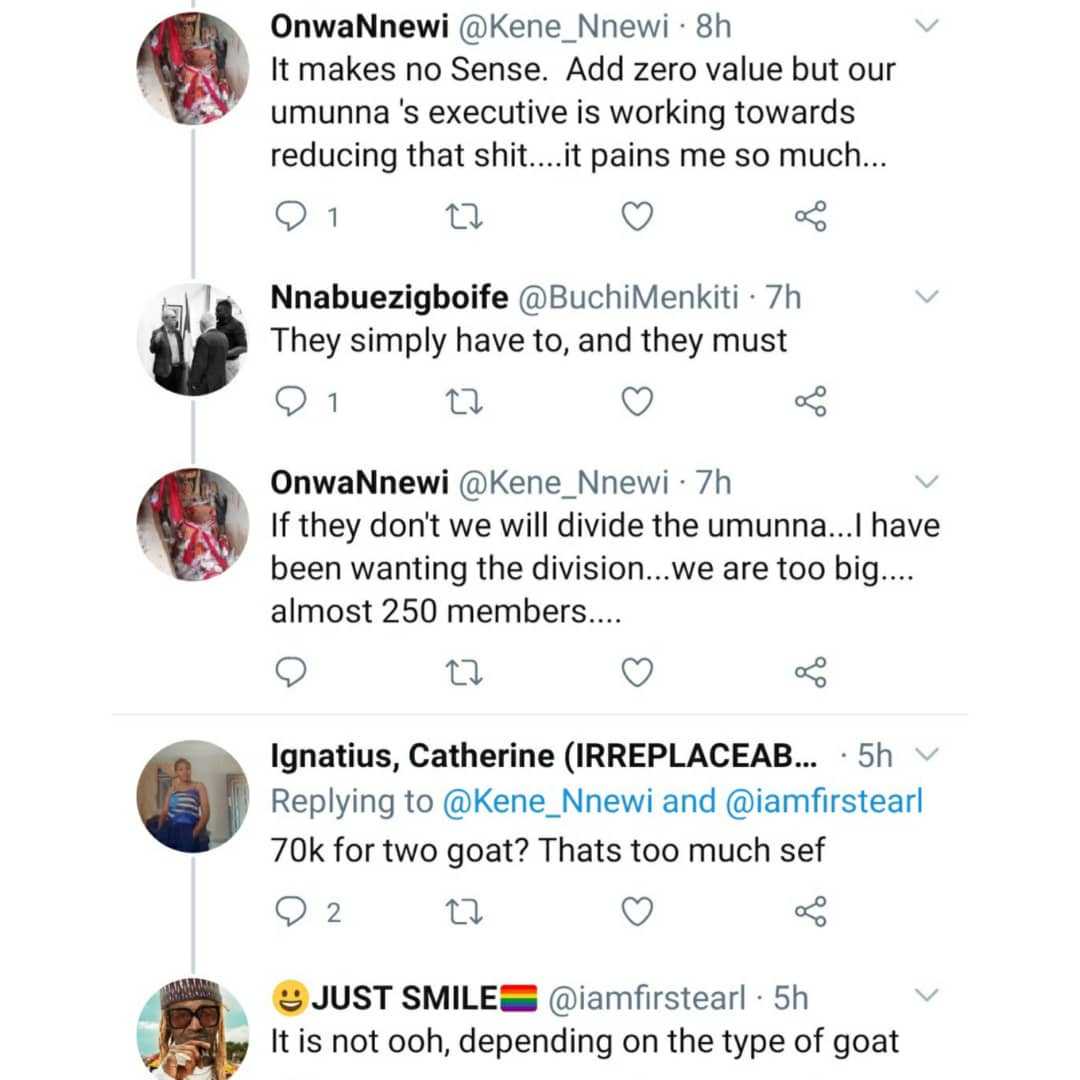 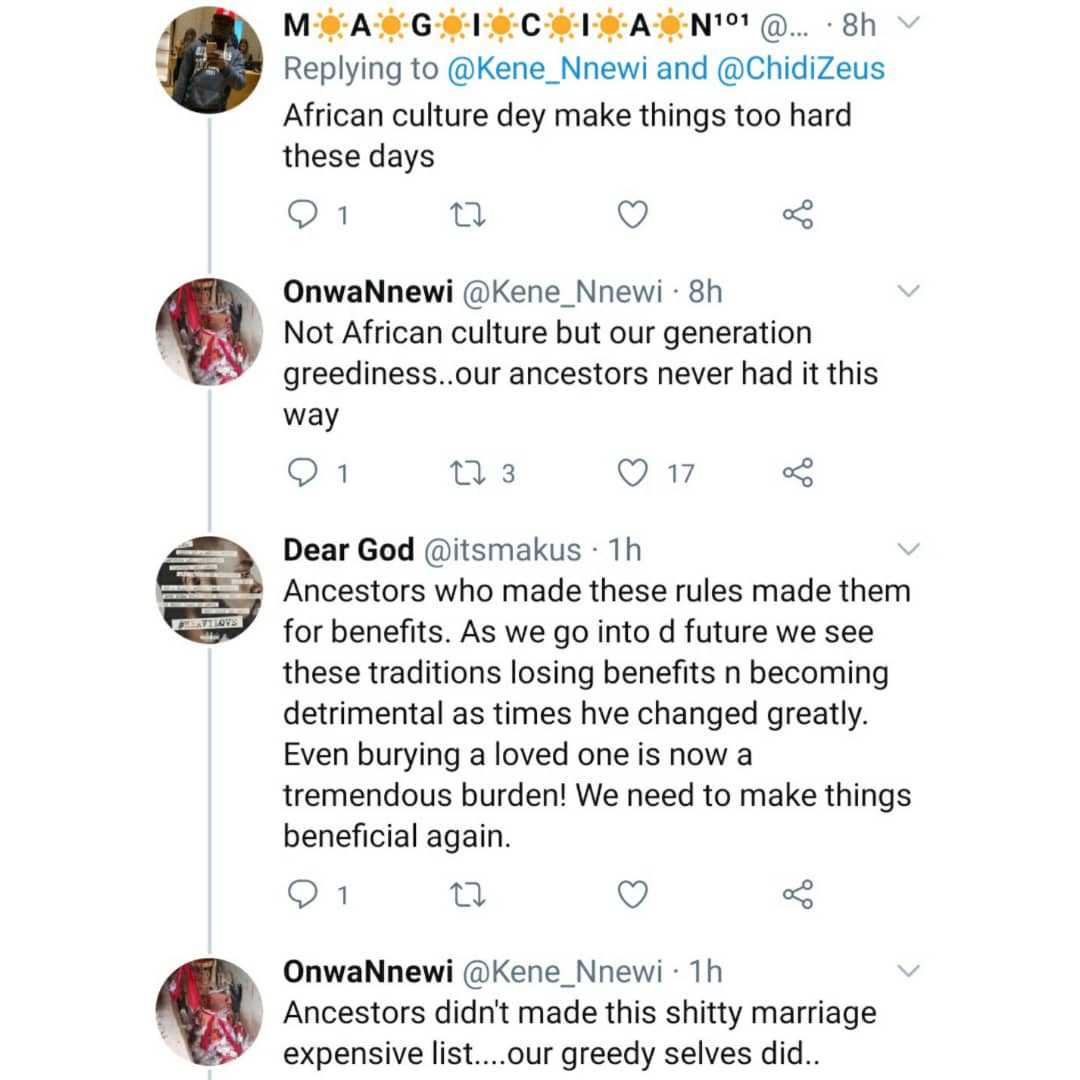 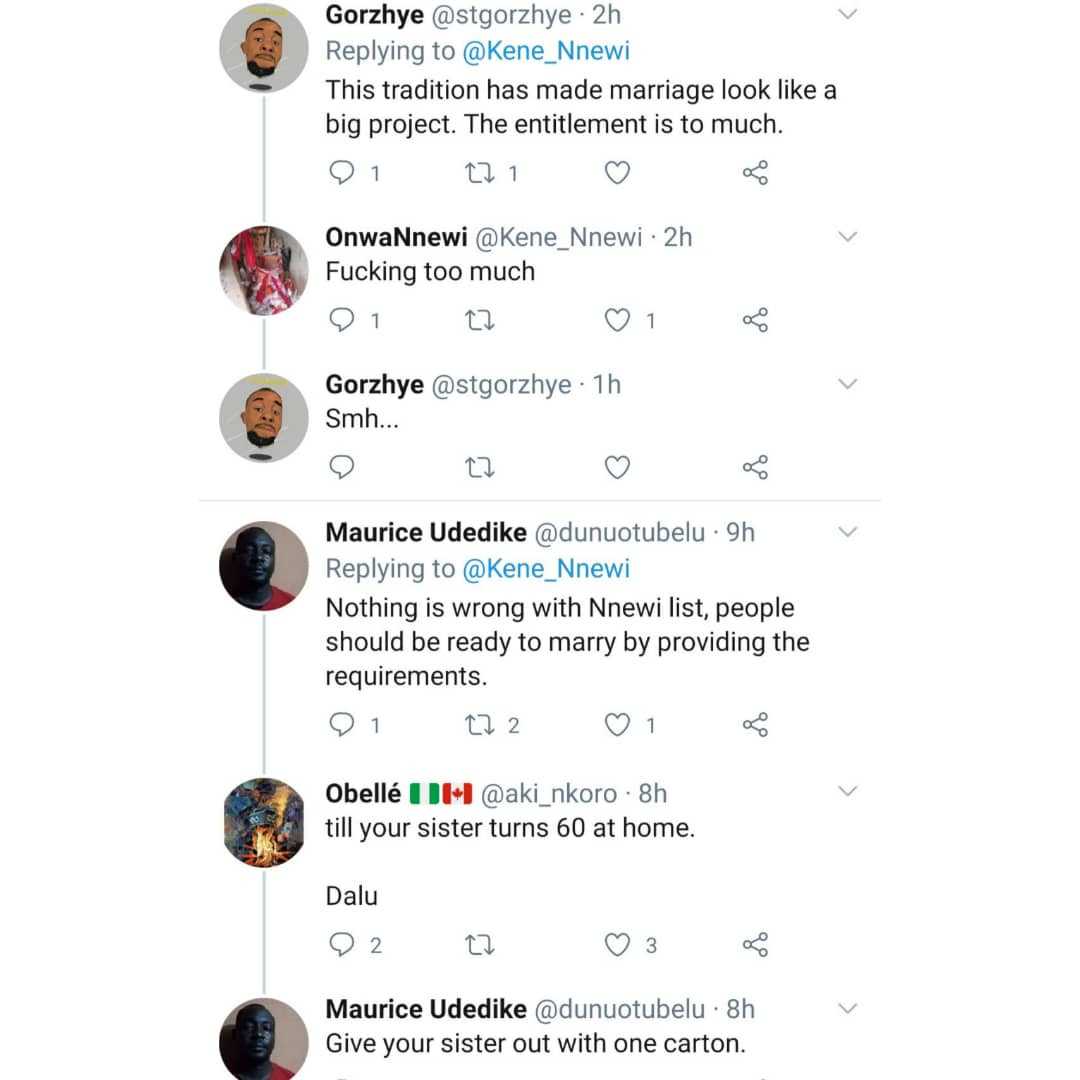