Home Entertainment News “Pete Edochie is right. I will supply my husband with condoms to...

A Nigerian woman, Ola, has said she will never divorce her cheating husband unless he disrespectfully brings another woman into their home. 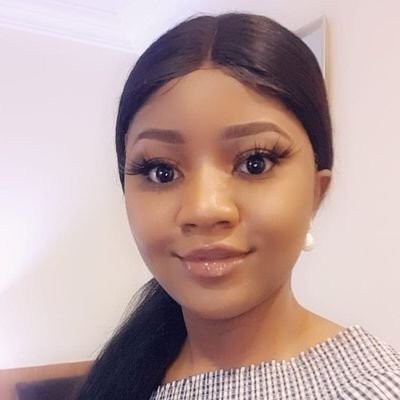 It will be recalled that veteran Nollywood actor, Pete Edochie, had advised Nigerian women against divorcing their husbands over infidelity but to instead place packs of condoms in their bags

According to the actor, when a cheating man sees the condom his wife placed in his bag, he will know she has his interest at heart and will have a rethink whenever he wants to go engage in extramarital affairs. 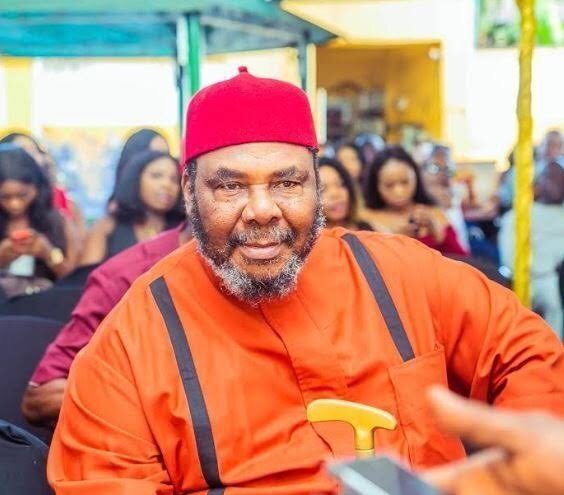 “If you think your husband leaves the house and says he is going on a tour and he is going to have an affair outside, put a packet of condom in his bag. When he sees it, psychologically, he is going to think this woman has my interest at heart. If it is his intention to stray, he’ll pull himself together.” he said.

Ms Ola supported Edochie’s advice, saying that she will not divorce her husband because of extramarital affairs but will instead supply him with condoms to protect herself from STDs.

“Pete Edochie is right. I ‘m not leaving my home because of another woman. I will only divorce my husband if he disrespectfully brings her home. I have said this severally, no way! Even the condom, I will supply him with it cuz I need to protect myself indirectly too” she wrote.

Ola further said most women won’t leave their husbands over infidelity because of the stigma attached to divorce.

“The earlier we realise that marriage is not all rosy the better for us. May we never end up with a partner (he/she) who bring shame to us. African setting won’t even let you leave your home cuz he cheated. So it’s not easy to walk away.”

“But as Africans we are used to pretending. Let’s not deny the fact that many married women are aware that their husbands are cheating. Why are they still in tha marriage. We all make divorce seem easy.” 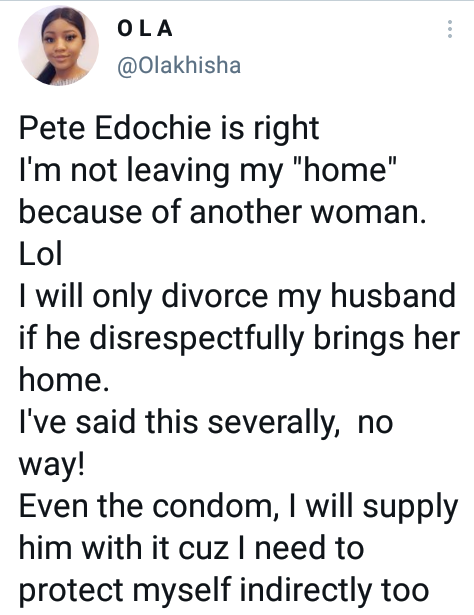 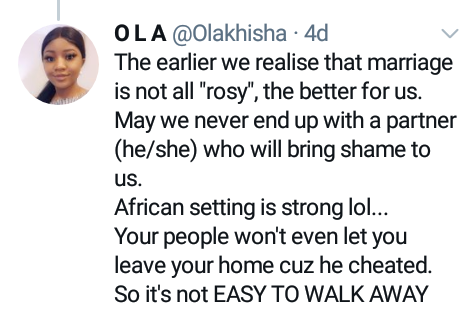