Former Big Brother Naija Housemate and actress Erica has finally reacted to the recent interview by Kiddwaya which sparked controversy on social media. 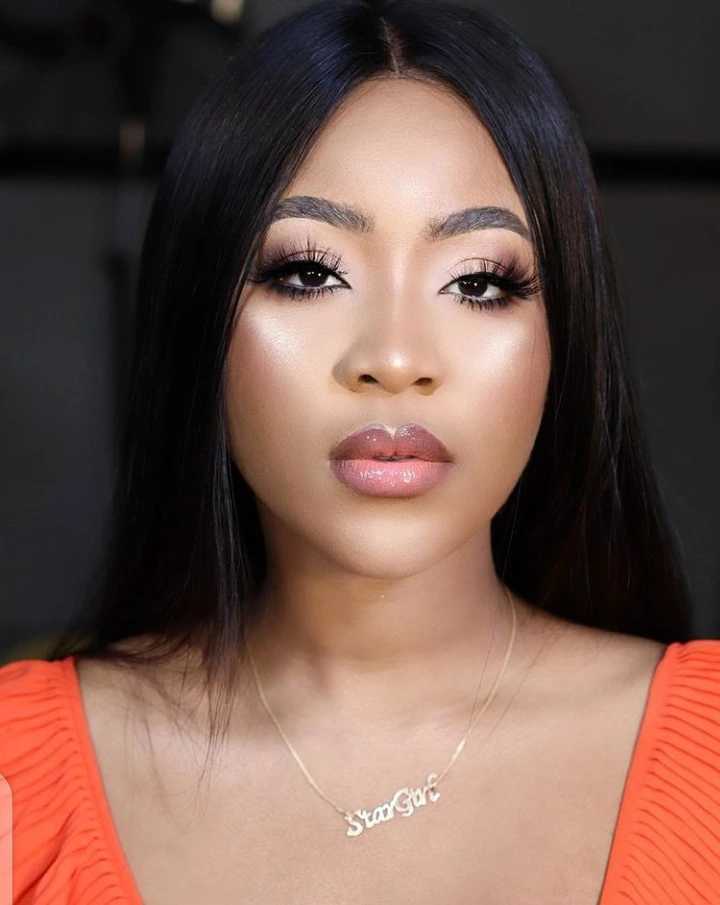 In a recent interview by Kiddwaya, he mentioned that he wasn’t in any form of relationship or has any love interest in his life.

The comments by Kiddwaya made the fans of Erica go haywire and threatened Kiddwaya to denying Erica publicly. 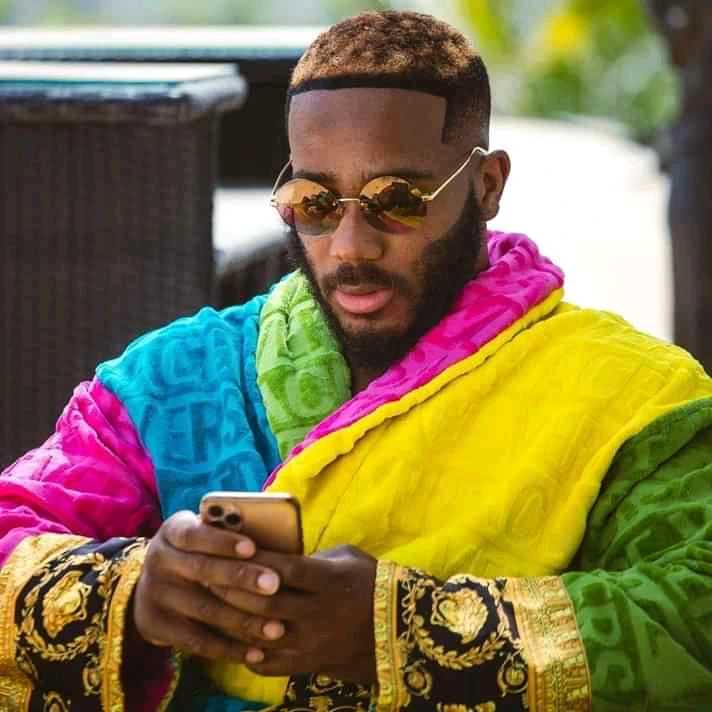 Well, Erica has decided to address her fans through social Media (Twitter) after the so called interview. 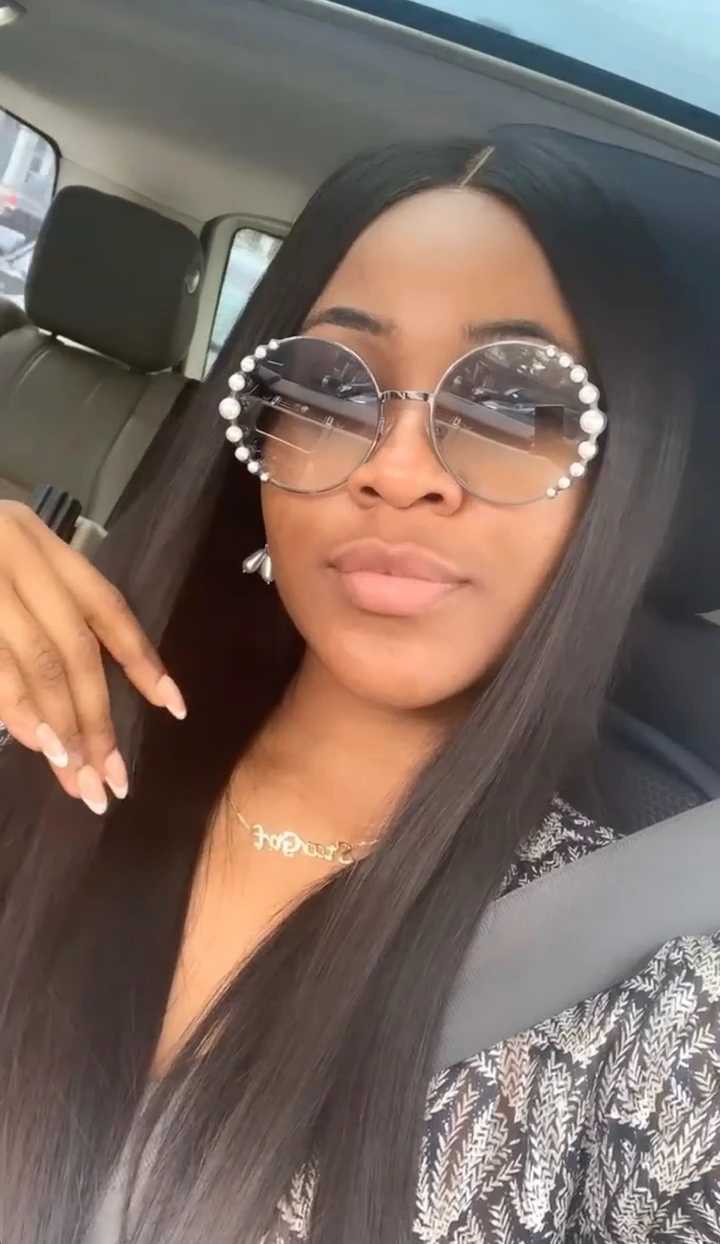 “Please don’t insult anyone in my name. This year started negative but it doesn’t have to continue being negative, if I get insulted by people , it’s now something I’m used to, so please remove yourself from every negative energy”. 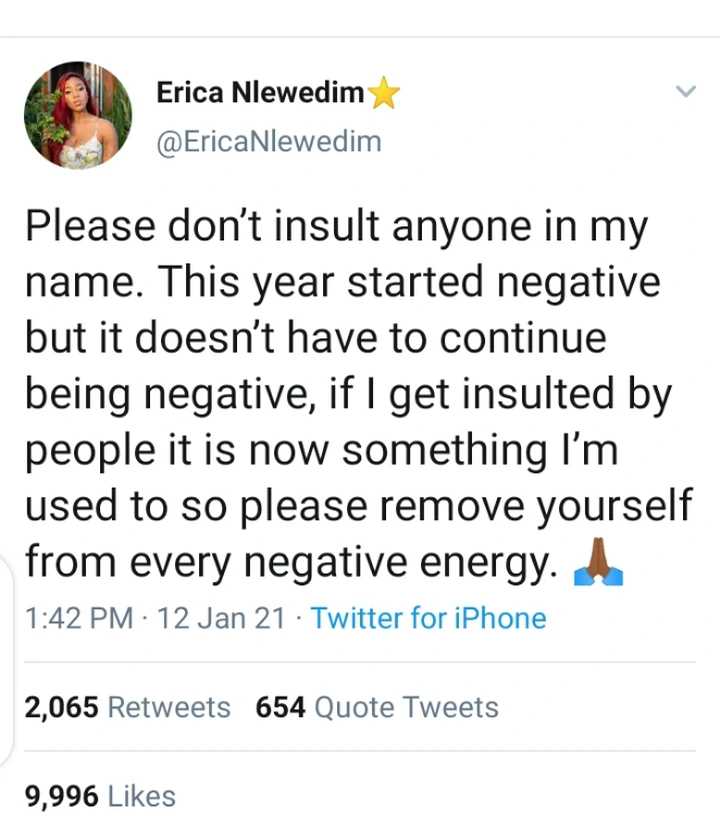 I don’t intend to remain on twitter because honestly I don’t enjoy being here anymore. I will probably come from time to time. Bye 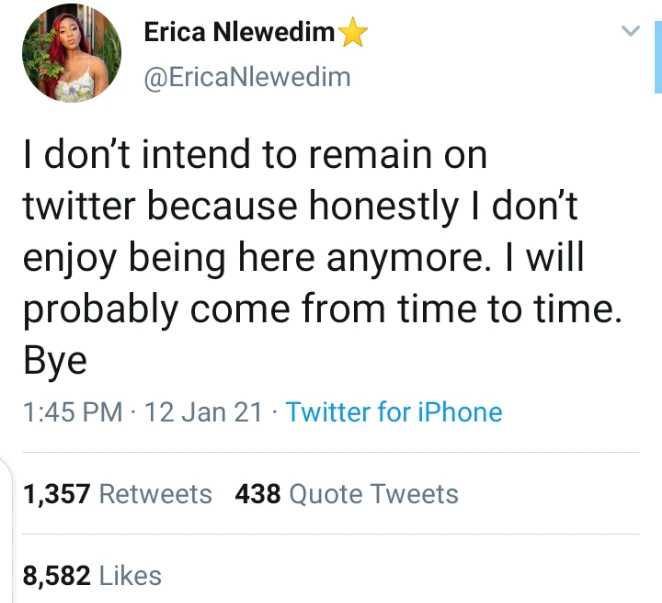 Her message to her fans has therefore sparked a lot of Reactions online.

Check out the Reactions from her fans below;