The Enugu State Police Command has launched investigation into the case of its personnel caught in a viral video assaulting a young woman. 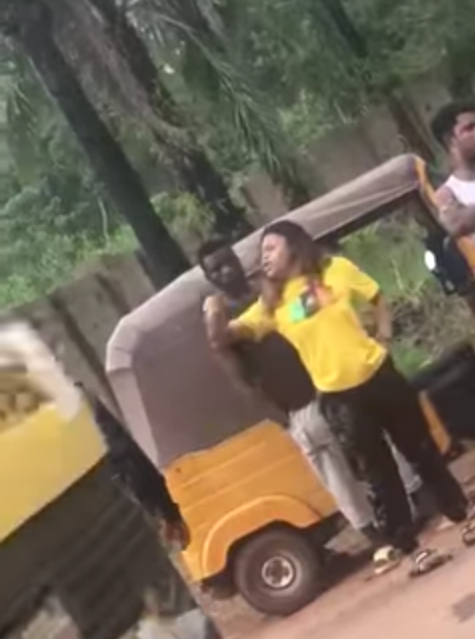 It was gathered that the incident happened at a checkpoint in Obeagu Awkunanaw, along Agbani Road, on September 8.

In the video, the police officer is heard calling the woman a prostitute.

Spokesperson of the command, ASP Daniel Ndukwe, who disclosed this in a statement obtained on Friday, September 10, said the Commissioner of Police, Abubakar Lawal, ordered immediate investigation and sanction of policeman involved.

The CP warned that acts of unprofessionalism by personnel under his watch will not be tolerated.

“The Commissioner of Police, Enugu State Command, CP Abubakar Lawal, fdc, has ordered the State Criminal Investigation and Intelligence Department (State CIID) to commence immediate investigation and disciplinary sanction of the Police Operative, seen engaging a young lady in an altercation and physically assaulting her in the video circulating on social media, while on duty at a checkpoint in Obeagu Awkunanaw, along Agbani Road, on 8th September, 2021,” the statement reads.

“The CP, while condemning the conduct of the Policeman as shown in the video, has warned personnel of the Command against conducting themselves unprofessionally or disrespecting the fundamental human rights of citizens while performing their duties. He made it clear that anyone found wanting will be made to face maximum disciplinary sanctions.

“Meanwhile, the said lady and eyewitnesses to the incident have been enjoined to visit the State CID Enugu to volunteer their statements in order to facilitate meticulous and swift conclusion of investigation

“Also, residents of the State have been enjoined to promptly report Police Officers of the Command found conducting themselves in an unprofessional manner to the nearest Police Station or by calling the Command’s emergency hotlines on: 08032003702, 08075390883, 08086671202 or 08098880172. Or alternatively send an Email to: [email protected]” the statement added.