These two sisters are from Sierra Leone and they got married to one another in Oman, Islamic nation. 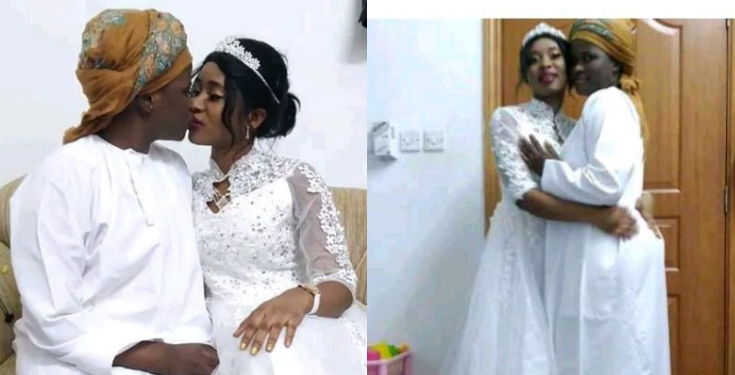 What was viewed as a detestation in those days in the days is currently acknowledged by the current age.

I wonder the moral lesson they are impacting, is not everything society approve you should follow. Sometimes I ask who really initiated the idea of the nonsense people are following at first place? Though I can’ t really blame them much, the environment and friends they found themselves with influence their choice of life.

Africans have never be seen with such unholy act, we know that those things are done in the Western world but not acceptable in Africa countries. Africans have a pattern of living you can easily differentiate from other country.

This issue of people getting married to same gender is really taking place in society because they now do it in a open place. Though, they are adults and I believe they know what is good for them. But doing this when there are men who are ready to make them their wife is appalling.

However, people reacted and they said ” is their life and what is their business over what makes them happy” . Though they are adults and they know what they want in life, the only thing they need is prayer of repentance.

Is good to make decision for yourself but in doing that consider what the society accept. Seriously the world is taking another shape, though there are countries that accept same marriage I believe that was the reason they did that.

Doing things because you saw other people doing it is totally wrong, think about the value it will add to your life first.