Big Brother Naija 2019 winner, Mercy Eke has sparked reactions on social media after she recently gave a savage reply to a non-fan who made a mockery of her accent. 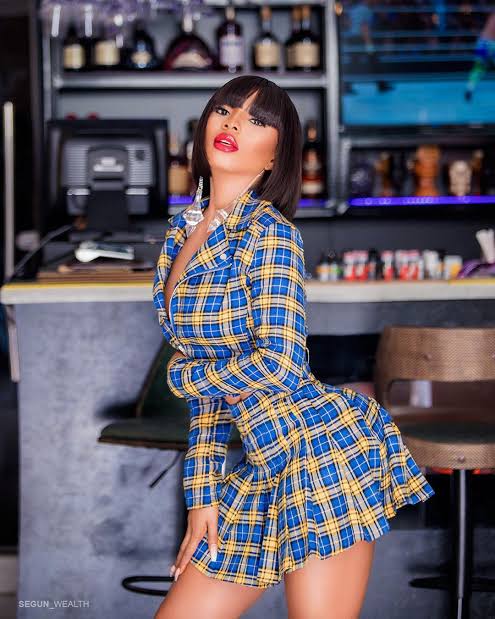 It is no longer news that the reality TV star has come under heavy criticism following her accent interference while speaking English.

Mercy Eke took to her Twitter page to share beautiful photos of herself, and many fans gushed over her beauty; however, a non-fan made a mockery of her saying she is beautiful until she opens her mouth to speak. 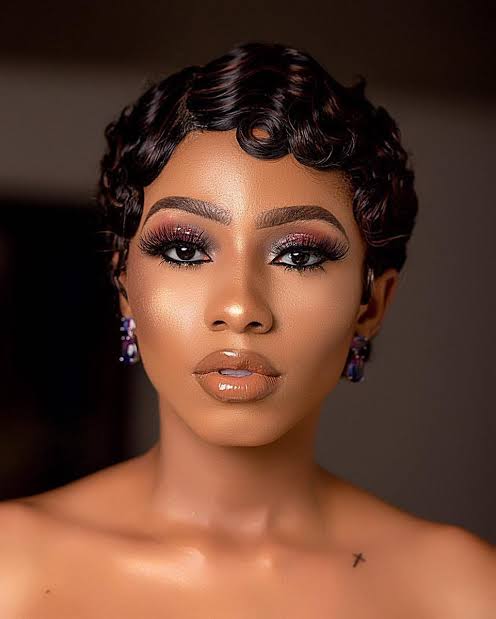 Responding to the tweet, Mercy Eke carpeted the troll as she gave a savage reply saying she speaks with millions and how to become a billionaire.

See the conversation below:

Aunty Ada wrote: Mercy is such a beautiful woman

Chitchat Rita replied: Until she opens her mouth

Mercy Eke reponded: And speaks with millions on how to become a billionaire? 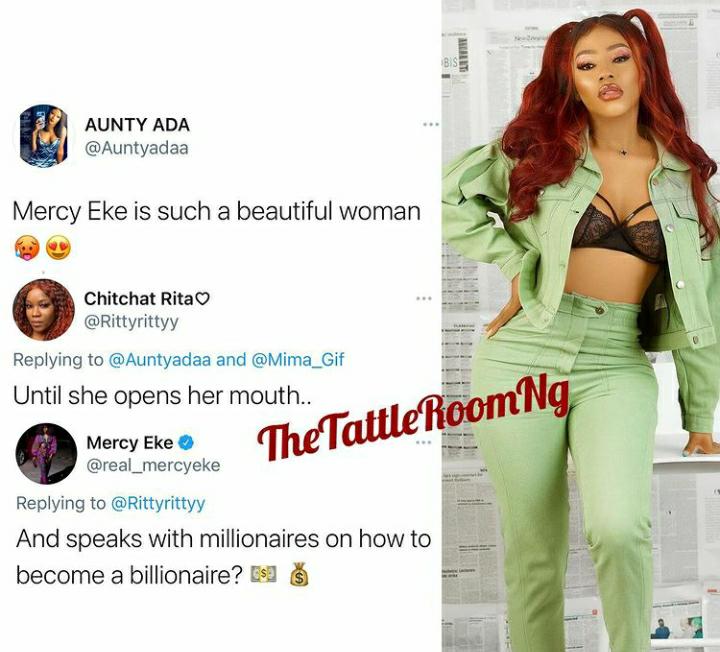