Popular Nollywood actress, Regina Daniels has been spotted in a video showing off her fat belly, probably pregnant. 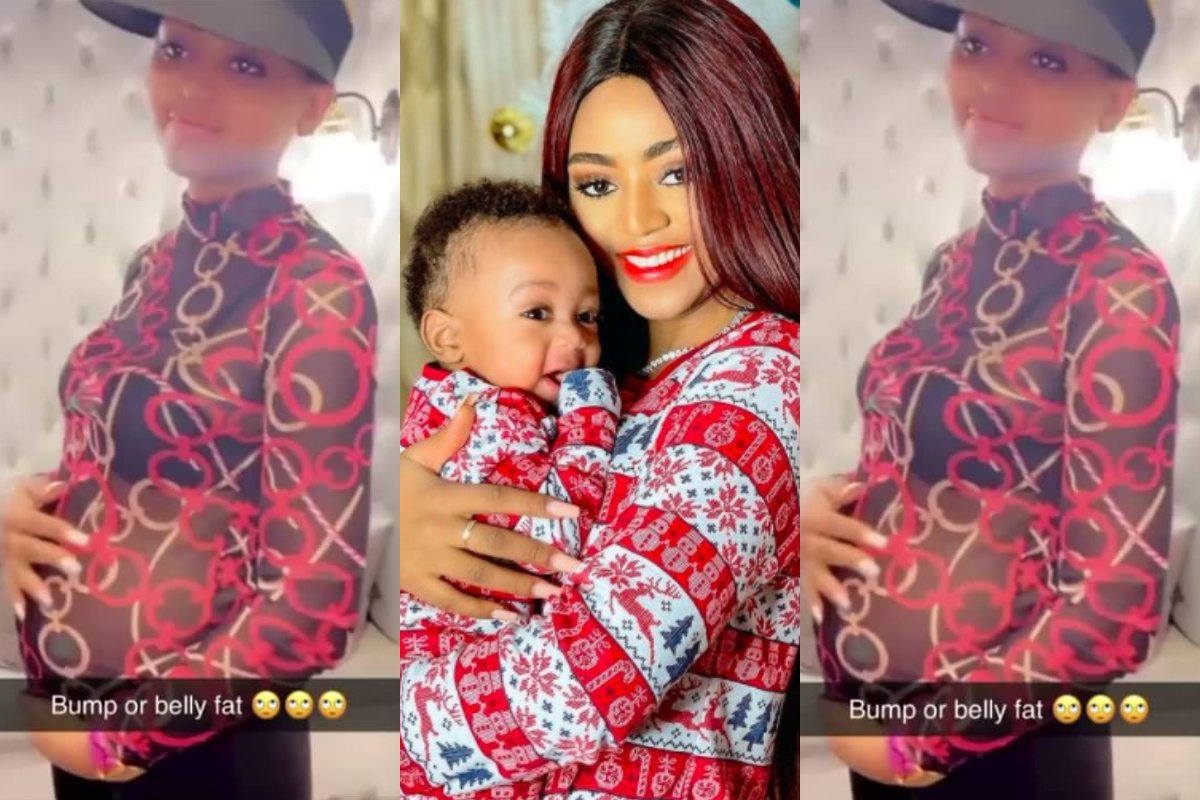 The beautiful actress was seen in a video with her friends, probably having a fun-filled girls talk section, she was also spotted caressing her belly probably indicating that she is pregnant.

Although it is not yet confirmed, whether she is pregnant or not, her belly seemed quite occupied by something.

And also in the video, a friend of hers also said, “Regina is pregnant again” as they all cheered for her, another friend could be heard saying, “actually for the second time”.

All these claims from Regina’s friends and the fact that she did not deny it quite confirm that she may be really pregnant.

If there is any truth to these claims, we would definitely in about 9 months time.