In a video clip making rounds on social media, a loving lady is seen carrying a man on her back to cross the expressway. The pair believed to be a couple were seen arriving at the culvert of a road but the man appeared scared to cross by himself. 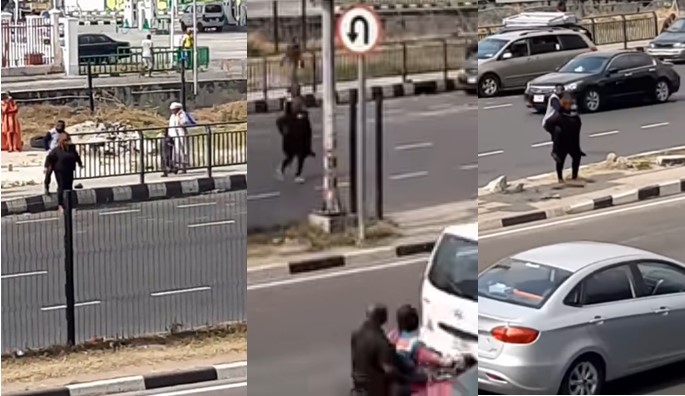 The lady offered to carry him on her back, and he hopped on while she navigated through the cars on the highway.

When they reached the other side of the road, the man came down from her back and they started walking off as though nothing unusual happened.

Bystanders stared in awe as to why the lady carried her man on her back.

Actress, Kemi Afolabi Joins The League Of Iyabo Ojo, Mercy Aigbe As She Becomes A House Owner In Lagos