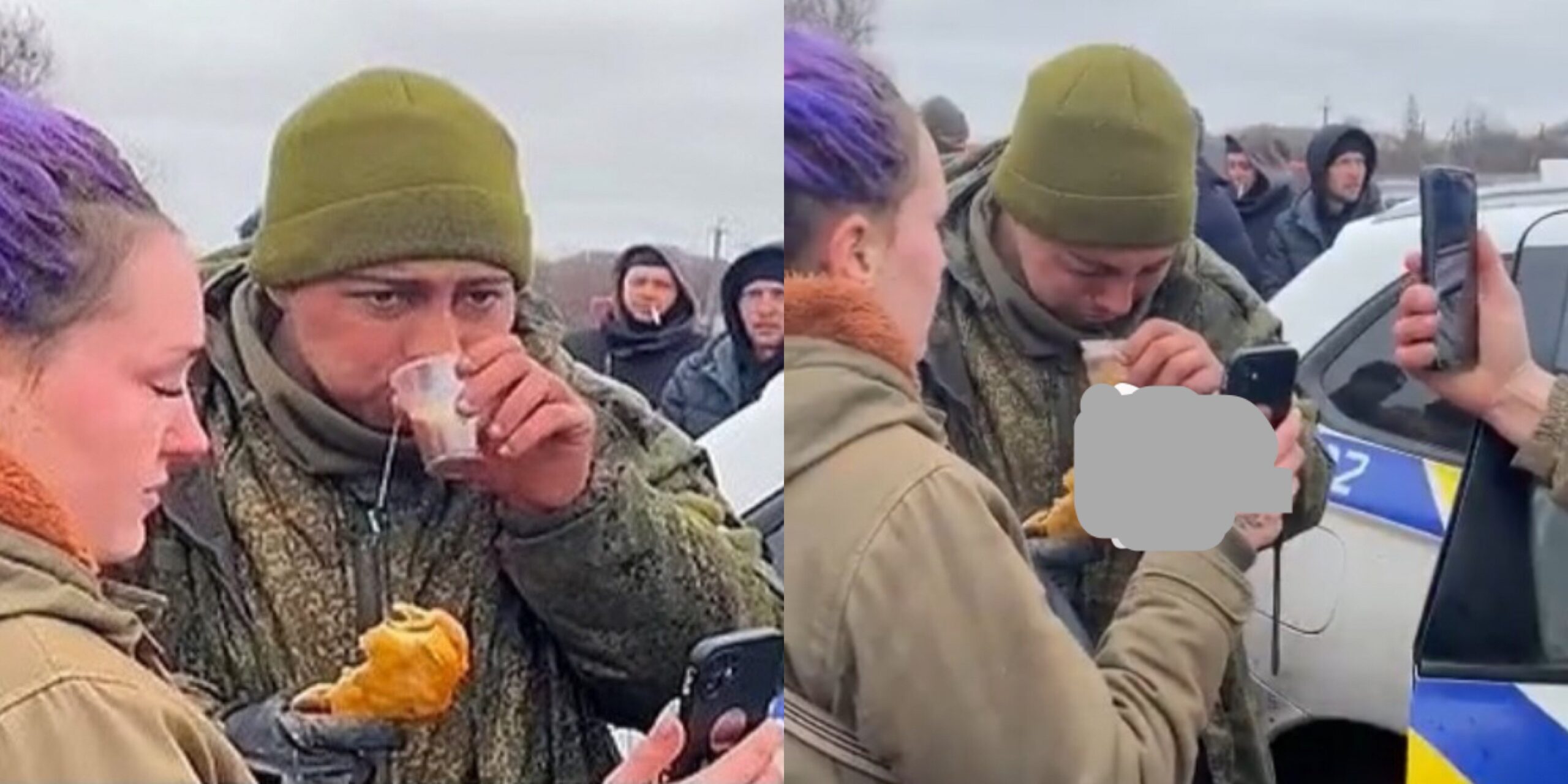 A moving video appears to show a captured Russian soldier break down in tears as he sips tea while Ukrainians call his mother to assure her of his safety. 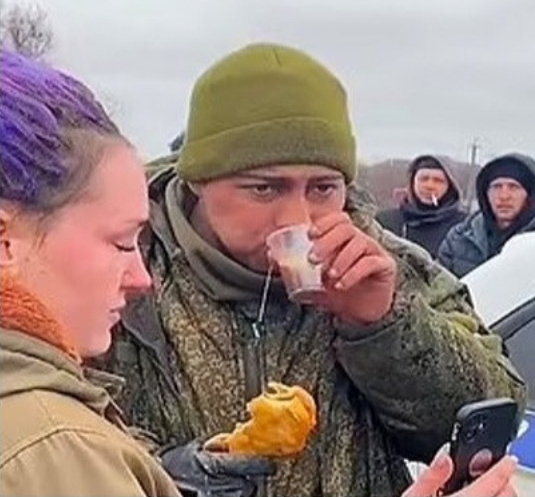 The video shows the Russian soldier in Ukraine surrounded by several people and cars after he apparently surrendered.

He is seen sipping tea and eating a pastry while a woman holds up a cellphone in an apparent video call with his mom.

As soon as a woman’s voice, believed to be his mum’s is heard on the phone, the soldier breaks down in tears.

At the end of the call, the crying soldier blows a kiss to his mum.

A man off-camera can be heard saying that the soldiers “don’t know why they are here,” according to a translation by The US Sun.

“These young men, it’s not their fault,” the man is heard saying in Ukrainian, according to the translation.

The clip surfaced amid reports that Russian soldiers are sabotaging their own vehicles and surrendering. Radio clips intercepted by a British intelligence firm allegedly caught some Russian troops crying and complaining of a lack of supplies.