Home Entertainment News See Bobrisky’s Reply To Ubi Franklin After He Threatened To Sue Other...

Well-known Nigerian crossdresser Idris Okuneye Olanrewaju also known as Bobrisky has given an epic reply to Ubi Franklin after he asked him to make the other crossdresser fighting him a millionaire. 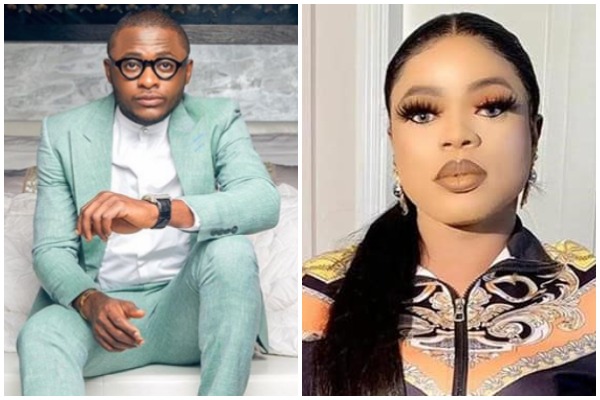 Bobrisky and Deevaah clashed a few days ago after he told Bobrisky that he was disgracing crossdressers in Nigeria. Bobrisky has fired back at the coming crossdresser, Deevaah on social media after he called out for tarnishing the image of crossdressers and transgenders in the country.

The 29-year old controversial crossdresser and influencer Bobriskyshared a post on her page disclosing how Deevaah has been in his inbox begging him to help her get noticed. Ubi Franklin took to the comment section to comment, “Mummy make her a millionaire please”.