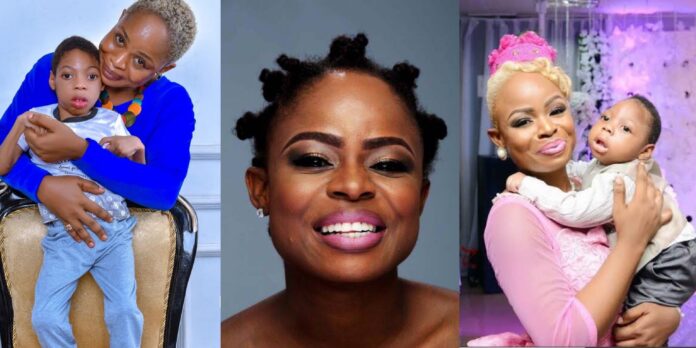 Kuchi Kuchi singer, Jodie, has opened up about the realities of raising a special needs child. 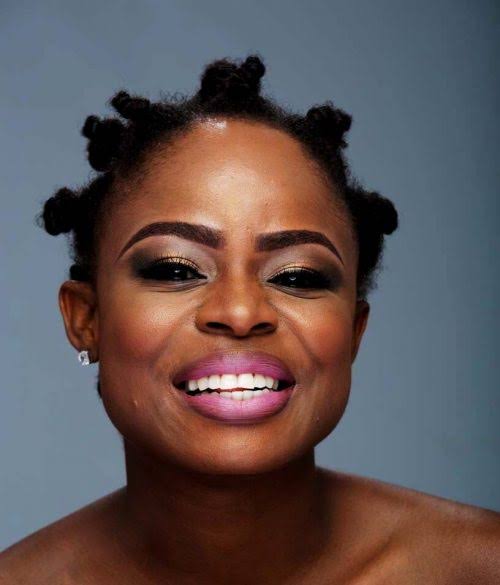 The mother-of-one — whose 6-year-old son Chinua lives with cerebral palsy — revealed in a touching post that the hospital where she had her son is to blame for his condition.

She added that she would have gone to a general hospital if she knew how things would turn out.

The singer, whose birth name is Joy Eseoghene Odiete, said that because of her son’s disability, she cannot keep a relationship as her “soul is shattered”. 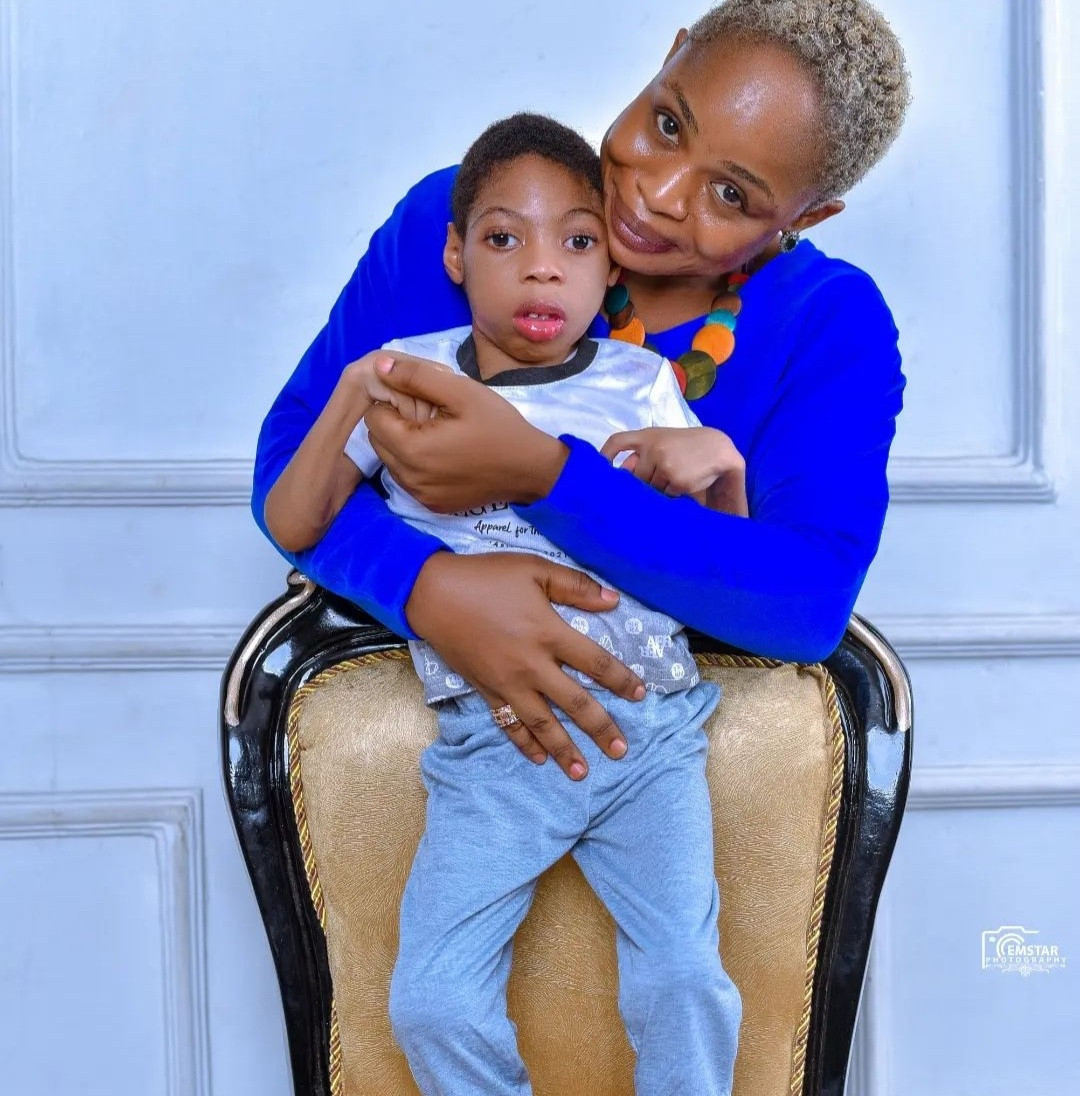 She explained that her son’s health condition has turned her into a beggar.

She wrote: “My finances have been swallowed. My friends have abandoned me because I’m a beggar. My debts are new every morning.”

She disclosed that special needs children don’t eat regular food and need special care and this drains finances of parents.

She added that many have advised her to kill her child, Chinua, “because such children are sent to swallow up finances.”

She said she has done all sorts of jobs to provide for her child but the expensive child care takes it all.

She added that her son’s situation makes her fall ill “almost every 3 weeks due to stress”.

The singer then said that her and other special needs parents have suffered alone for too long because they have been ashamed of the stigmatisation.

But she says this shame has to end so they can get help for their children. 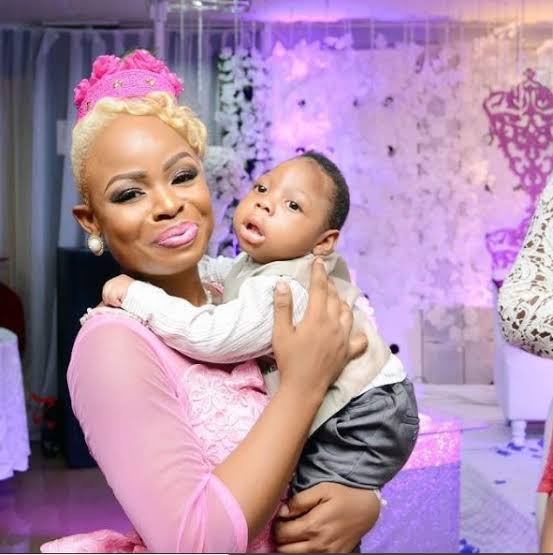 “We are now shameless. We are now helpless. We have gone mad… We need a permanent solution,” she wrote.

She then called on the government, non-governmental organisations and other authorities to provide a “permanent solution” for the care of special needs children so that parents will not have to go broke to care for their special needs kids.

She concluded: “My head is heavy. My eyes hurt, because I cry every night. Don’t wait for singer of Kuchi Kuchi to die first before you do a memorial service while her child is left to suffer. Do not spend a dime when I’m dead. Do all you can about it now while I’m alive. I beg you Nigerians.”

Jodie was married to actor David Nnaji, the father of Chinua, but the marriage went South shortly after the birth of their son. David then welcomed a baby girl with another woman. 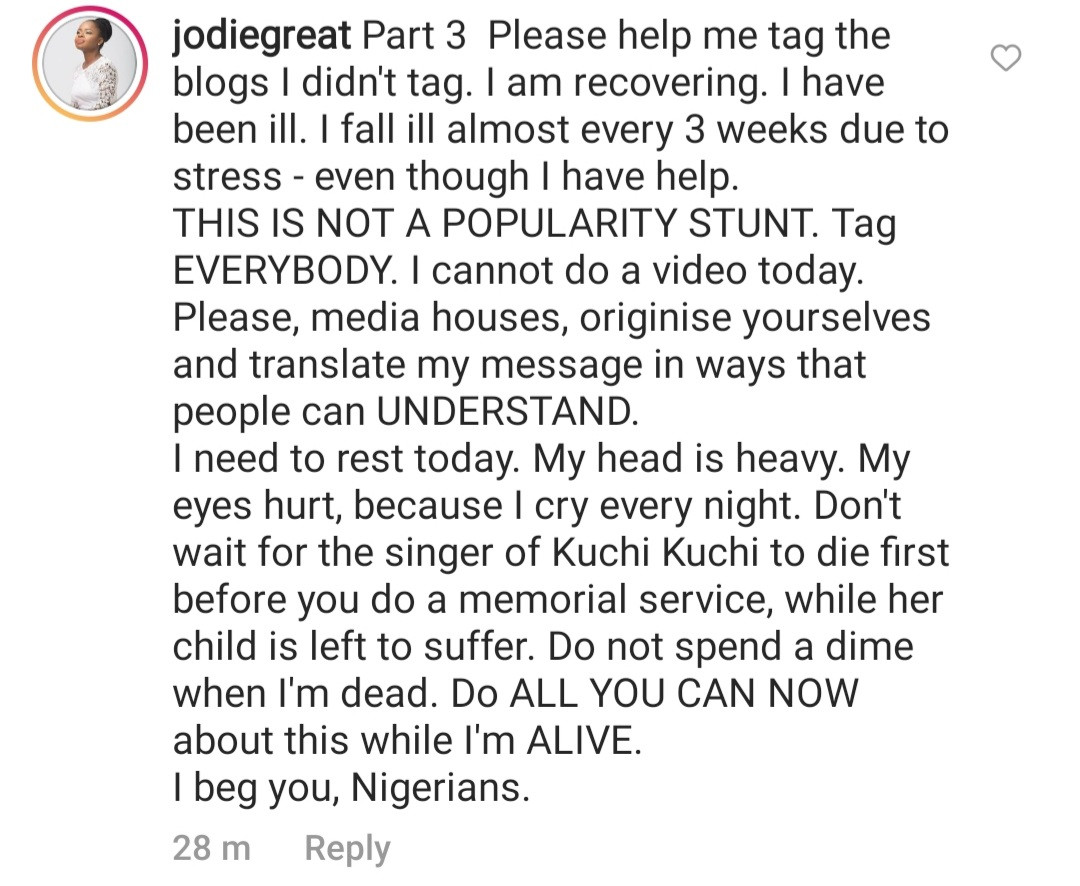