Tania Omotayo, a beautiful fashion diva, who dated Wizkid for a long while has exposed the lady who allegedly left her store without paying for goods she bought from her. 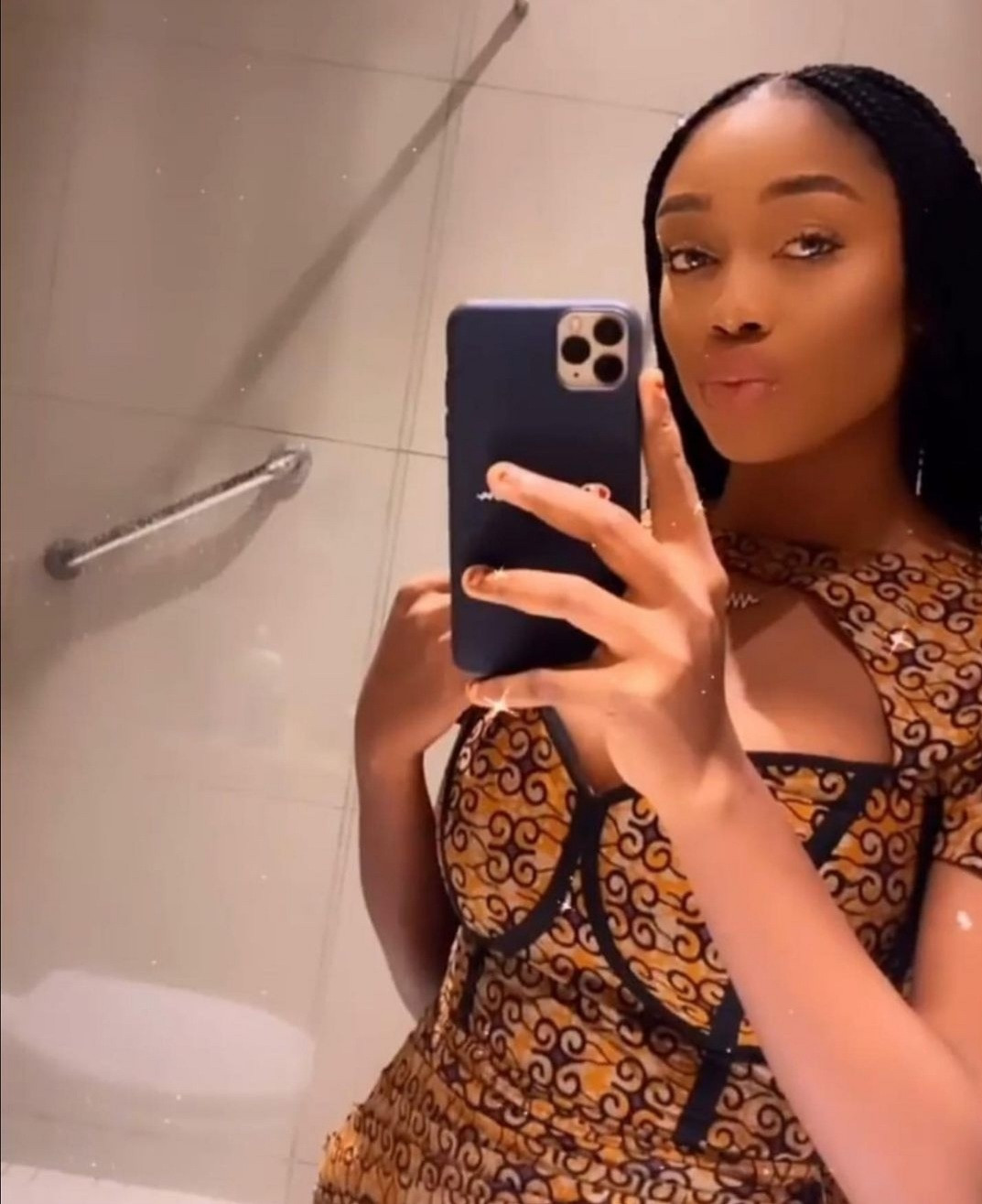 The businesswoman shared photos of the lady named Binta to Instagram as she said she would.

Tania alleged that the lady has stolen from other business owners in Abuja too and warned Abuja vendors to be on the lookout.

Recall that Tania sent out a warning yesterday, Nov. 22, revealing that a customer bought clothes worth 59,000 Naira and paid with fake credit alert.

She warned the lady to pay what she owes her or she will share CCTV footage of her in her store to expose her.

Tania said the lady didn’t pay up but her family did.

As a result, Tania removed her family’s name from her page, after initially posting it online. 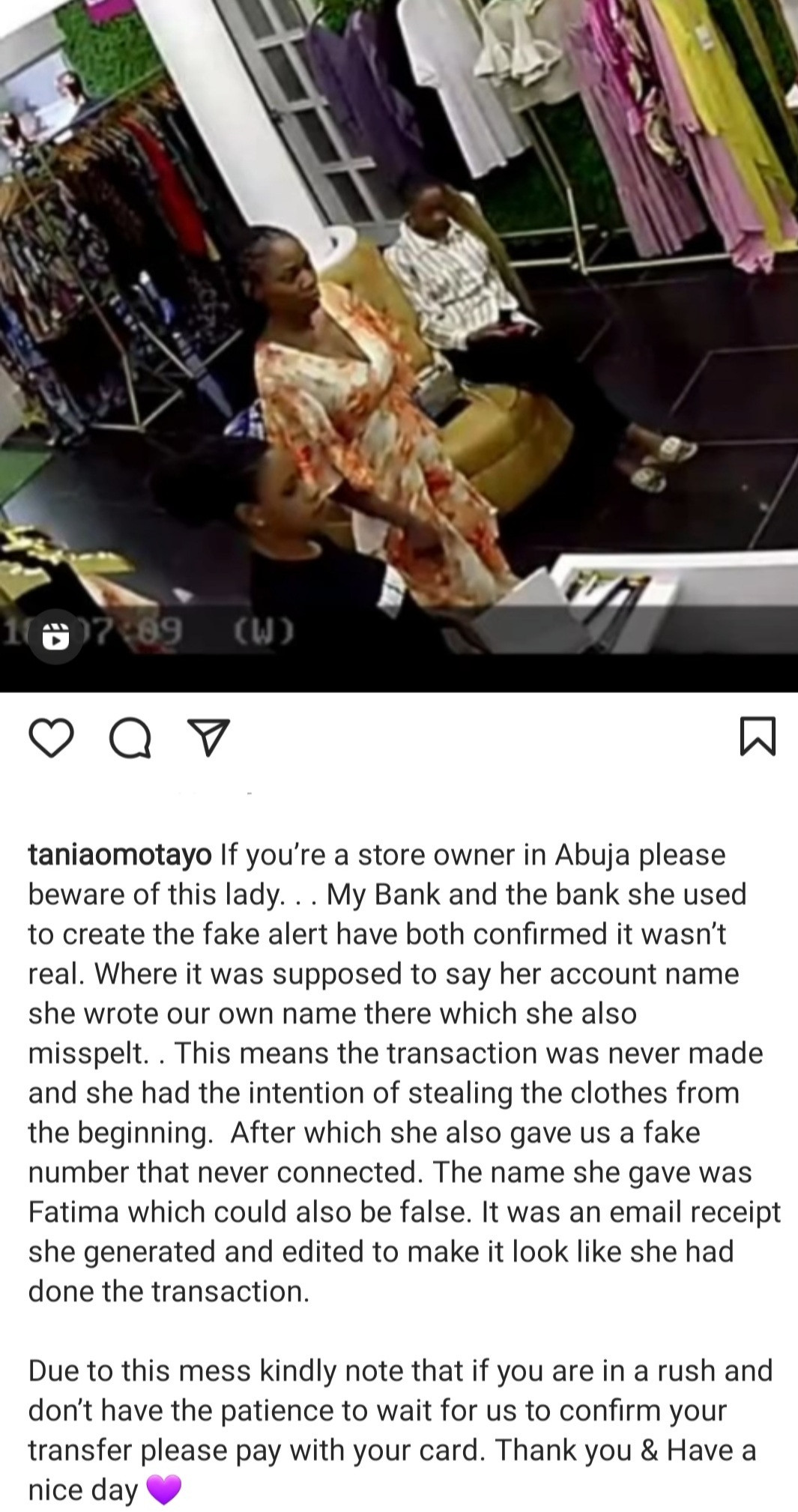 tania Omotayo said she’s going ahead to share the lady’s photo to ‘warn others about her.’ 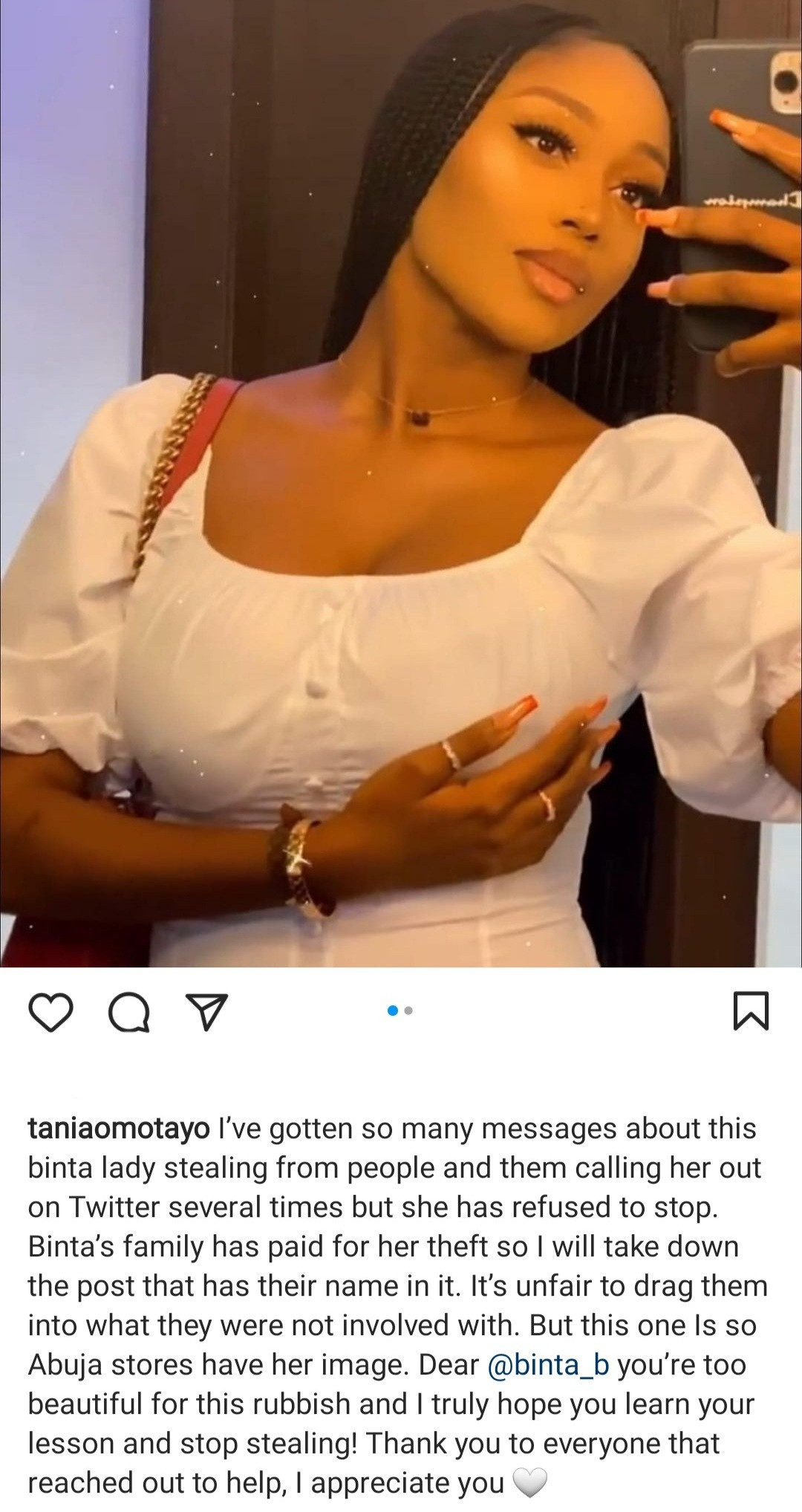 Video of the lady shopping in Tania’s store below: