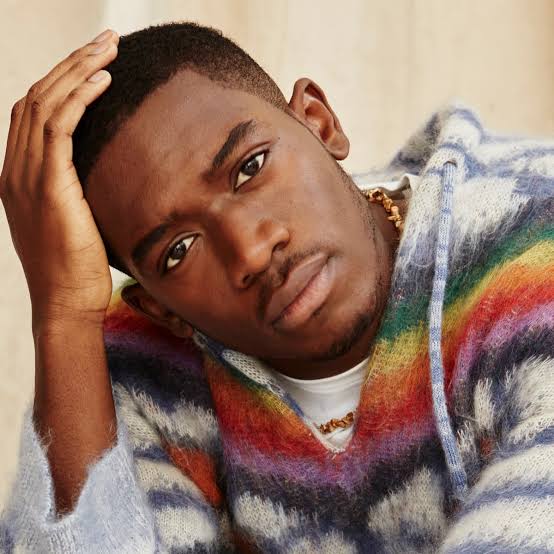 Damson said this on his Twitter page while paying tribute to the late Nigerian comic legend.

His tweet read: “Rest in Peace Baba Suwe. A Nigerian icon and the man who first taught me about comedy. God bless.” 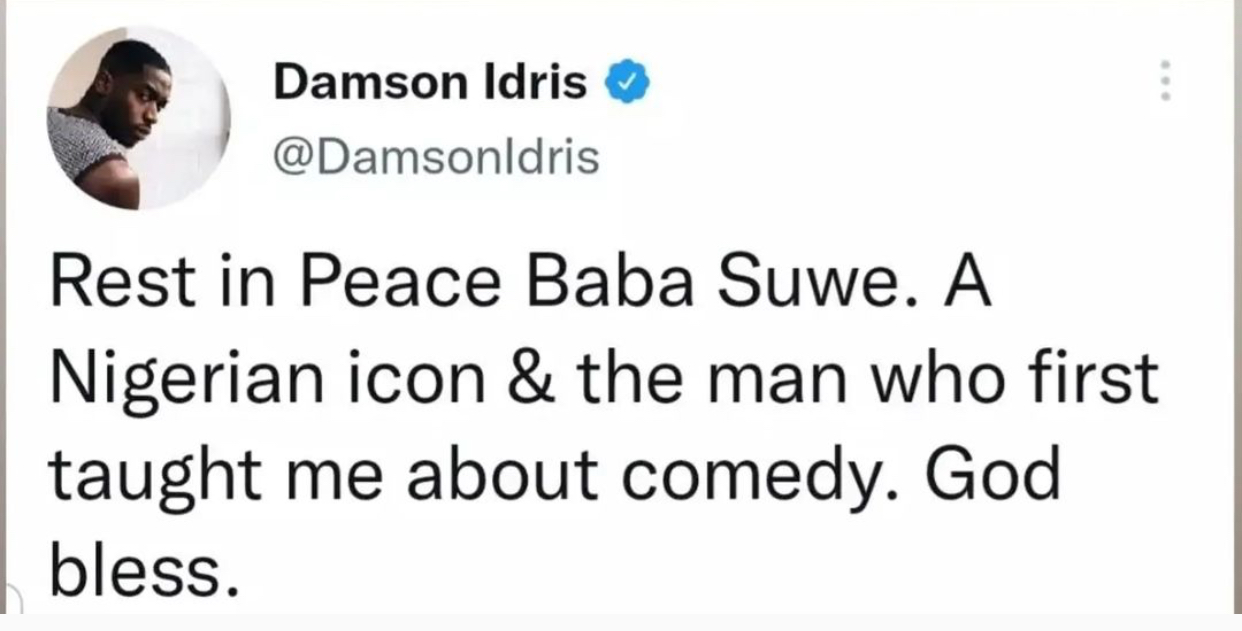 It was earlier reported that Baba Suwe passed on Monday, after a long battle with illness.

The news of his death has since generated reactions as most Nigerian celebrated him for bringing HOH to their home with his acting back in the days. 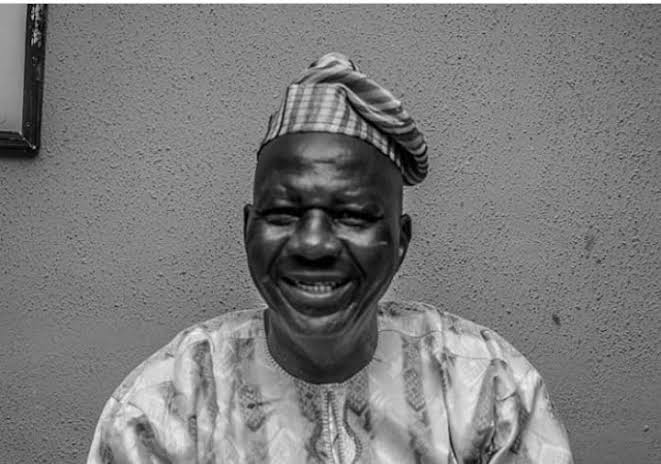 Meanwhile, his son, Adesola Omidina has publicly apologised to the members of the Theatre Arts And Motion Pictures Practitioners Association of Nigeria; TAMPAN, actors and Nigerians over his comments after his father’s death.

Adesola had in a viral video accused TAMPAN and colleagues of abandoning his father while he was sick.

However, he retracted his comment insisting that TAMPAN did not abandon his father.