Home News There is a conspiracy among the officials of the Lagos state govt...

Mr Sylvester Oromoni, the father of 11-year-old Dowen college student, Sylvester Oromoni Jnr., who died on November 30, 2021, in controversial circumstances, has accused the Lagos state government and the Nigerian police of conspiring to cover up the circumstances surrounding the gruesome murder of his son. 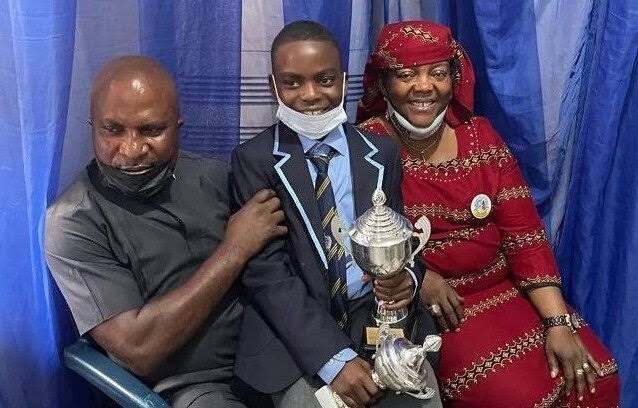 Oromoni stated this while reacting to the decision of the Lagos state government to exonerate the five students and five school officials arrested over the death of his son.

The Lagos state government in the Legal advice released by its Department of Public Prosecution DPP said the five students and five school officials should be released from police custody as the autopsy carried out on the remains of late Oromoni ruled out murder.

The legal advice also stated that the toxicology carried out on his body found no harmful substance in his body. 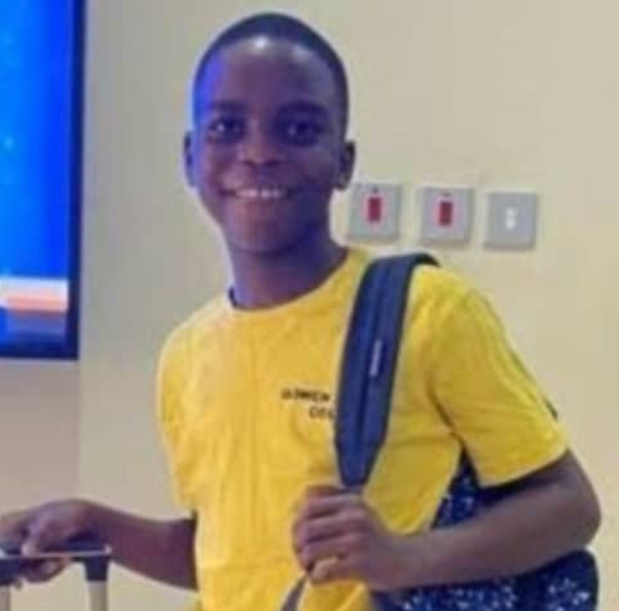 Mr Oromoni in a statement sent to LIB said the autopsy report and legal advice are different from the oral statement from his son before he died and his schoolmates who said he was tortured and given an unknown substance suspected to be poison which led to his death.

The distraught father said he has instructed his lawyer, Femi Falana, to take all necessary steps to get justice for his son.

Read the statement below: 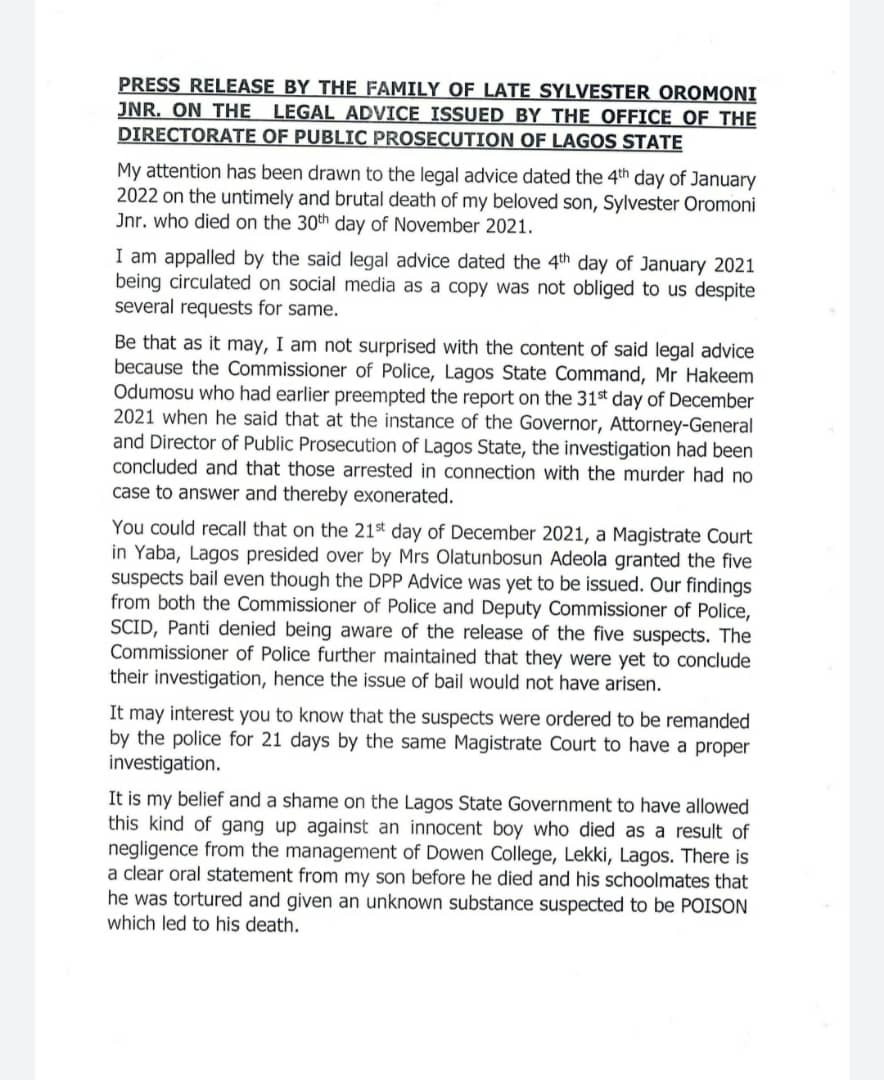 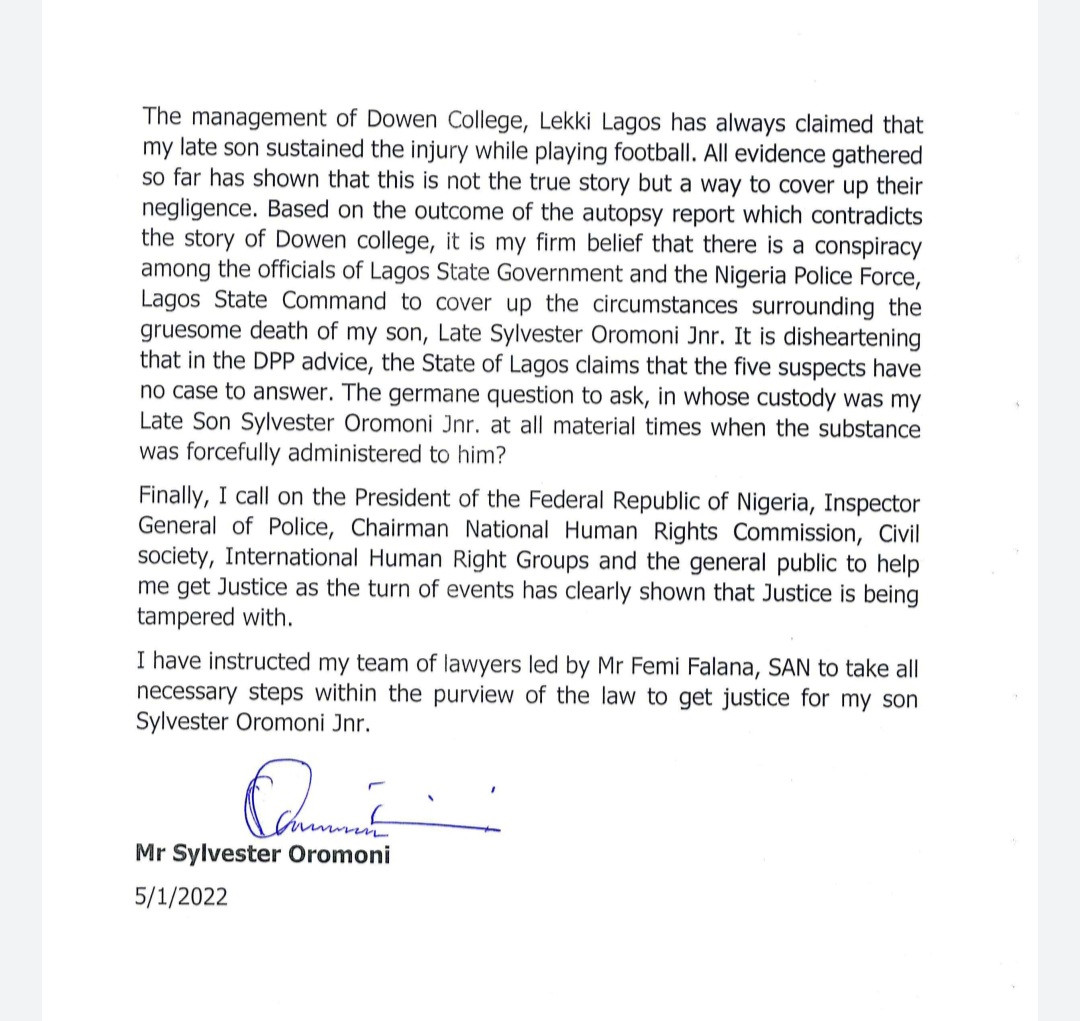