Home News They said they will kill or marry her off if we don’t...

The bandits who kidnapped Iorliam Jennifer Awashima while she was on her way to NYSC orientation camp in Kebbi State, have allegedly threatened to marry her off or kill her if her family doesn’t pay the ransom. 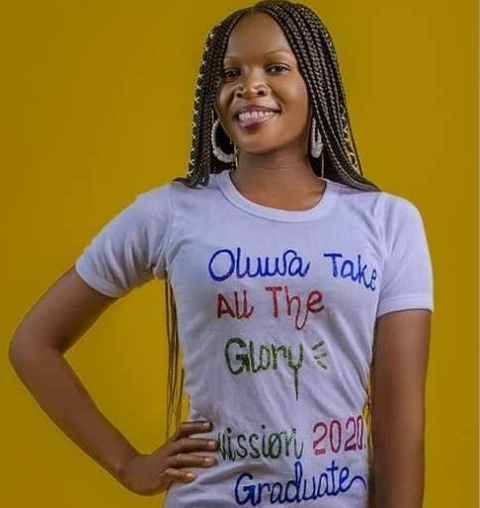 A journalist from Benue state made this known on Facebook as he shared a screenshot of a message he claims is from a member of the victim’s family.

The message says the bandits have already made contact with the family and threatened to kill or marry off the victim if their demand of N3 million ransom is not met within the shortest possible time.

Recall that Jennifer, a graduate of the Department Of English, Benue State University, was kidnapped in Zamfara State on Tuesday evening, October 19, on her way to Kebbi State where she was mobilized for her NYSC. 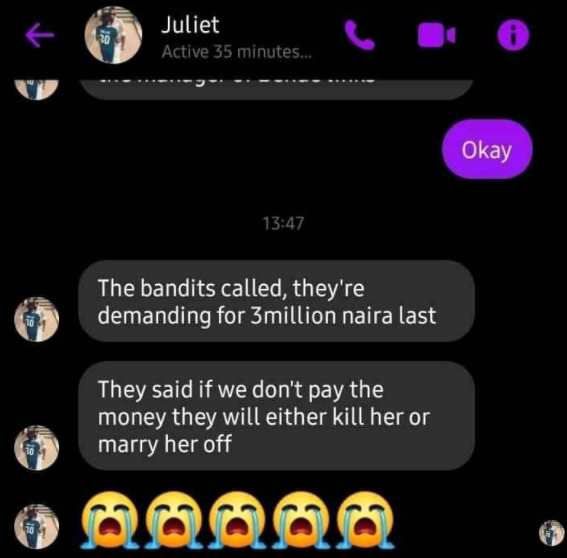