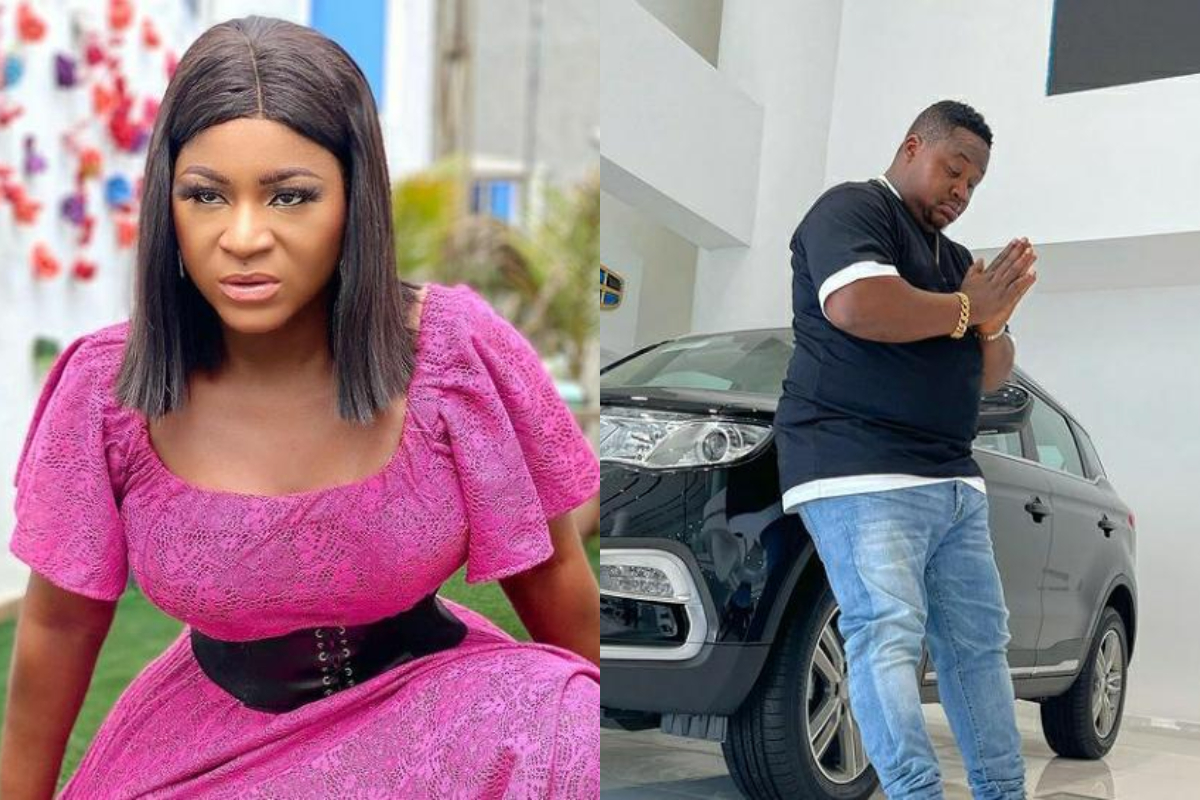 Celebrity barman Cubana Chief Priest has tried to console actress Destiny Etiko after bursting out with anger over rumors that a married man bought her customized Prado for her.

Destiny Etiko full of anger and rage descended heavily on those dragging her and speculating such rumors praying that God punishes anyone that has something to do with the rumors denying the man alleged to have bought the car for her.

Cubana Chief Priest reacting to her video asked her to relax and use the energy she’s using to reply to her haters to enjoy her new car and her life as well and stop bothering herself with haters.

According to him, those speculating such rumors wished they were the ones having the new customized Prado trying to console her saying it’s not easy when you make it in life as even big men don’t have it easy.