The National Leader of the All Progressive Congress, Bola Tinubu has distributed bags of rice and other foodstuffs to Kano residents as the 2023 presidential election draw nearer. 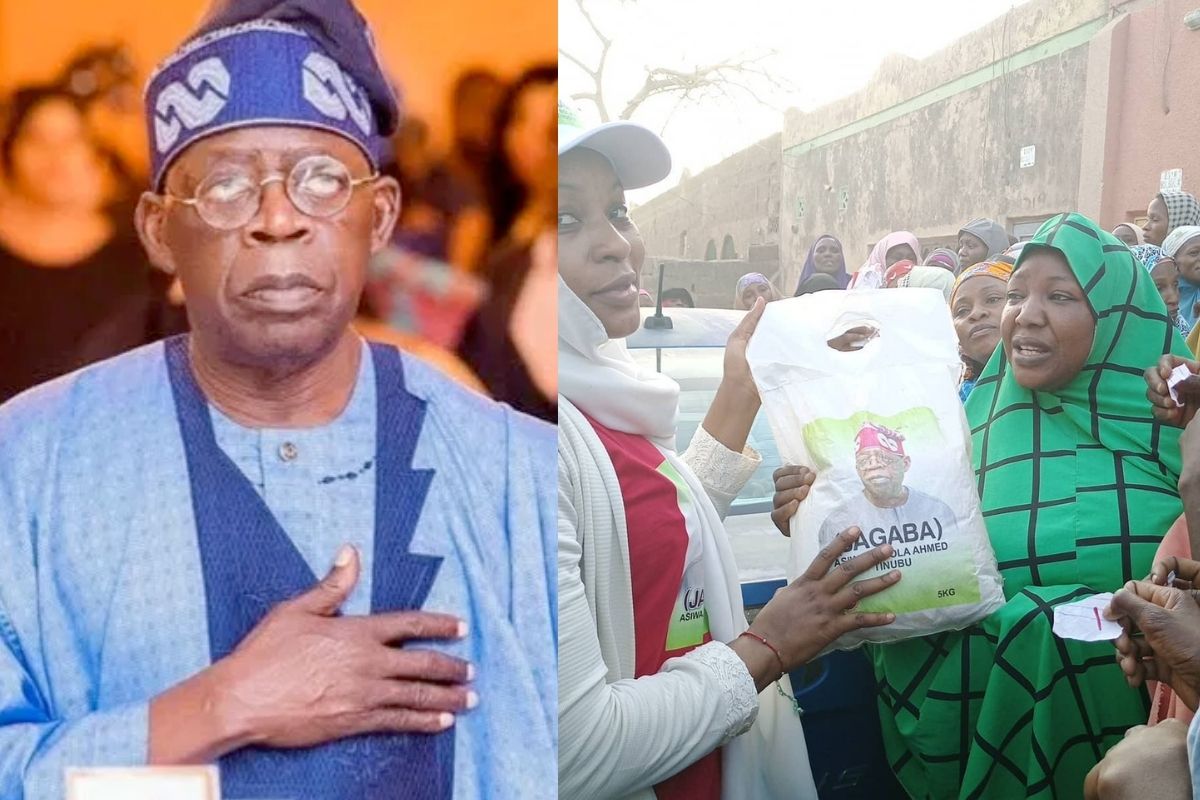 Reports says victims of the Katsina market fire incident received donations from him during the sad period. In the videos which circulated social media, people received ‘Jagaban’ bags of rice.

This still remains one of the many ways Nigerian politicians employ to garner their votes during an election period. Mansurah Isah, disclosed the news via Instagram while sharing photos of the event. She thanked the national leader for his kind gesture.

This donations comes after Tinubu donated foodstuffs and other items to orphanages in Lagos and Ogun. It formed part of the celebration of 69th birthday recently.

Thank you for your kind gesture. We really appreciate your effort.