Nollywood actress Toyin Abraham has cried out over constant harassments from ‘area boys’. 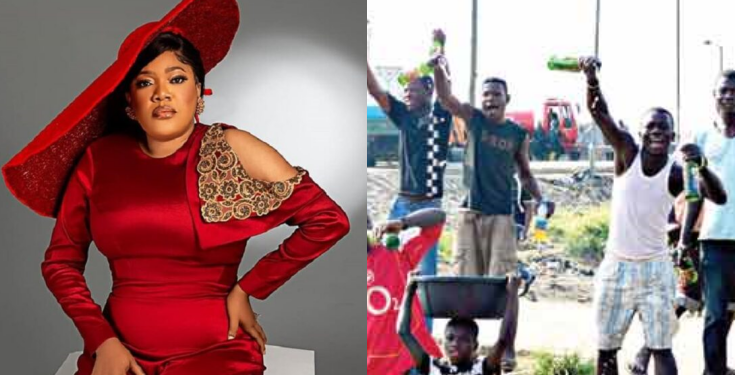 The rate at which street boys harass actors and actresses for money whenever they are shooting, has become a cause for concern, as disclosed in a now viral video by the actress.

Abraham revealed that after giving the boys money, they will still complain that the money isn’t sufficient for them.

Actresses like Ruth Kadiri and Laide Bakare confirmed the issue and said “What we go through is not funny, na fight we Dey fight now any little thing they will be asking for 50 thousand naira.”

Toyin who was on the set of the film “Ige” shared a visual and her caption read “Filming @ige_thebiopic.

🤦🏻‍♀️🤦🏻‍♀️After giving them money they will still complain that the money is not enough and they want more. This is what we go through every time we are filming but we love them sha.”