Home Viral Truck driver advises men as he narrates how his wife helped and...

He told of how she helped him financially then helped him relocate to the US after which she continued to support him until he made it and started doing things for her.

He shared his story while reacting to the thread shared by a woman warning other women about marrying down based on her experience. 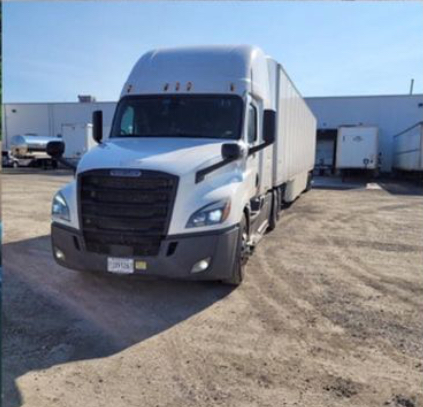 The man advised men not to feel ashamed receiving help from their women because they are their better half.

Read his thread below: 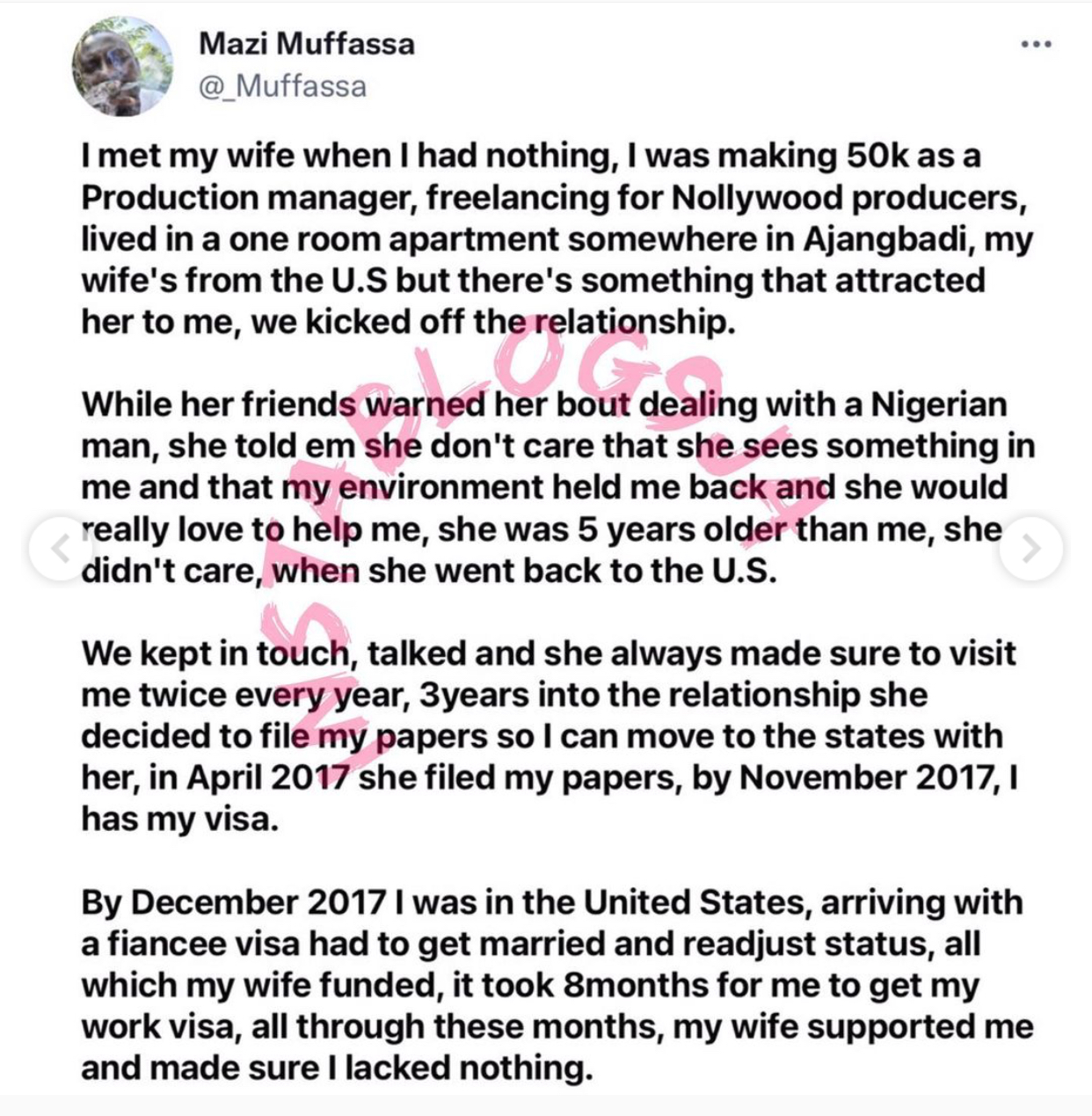 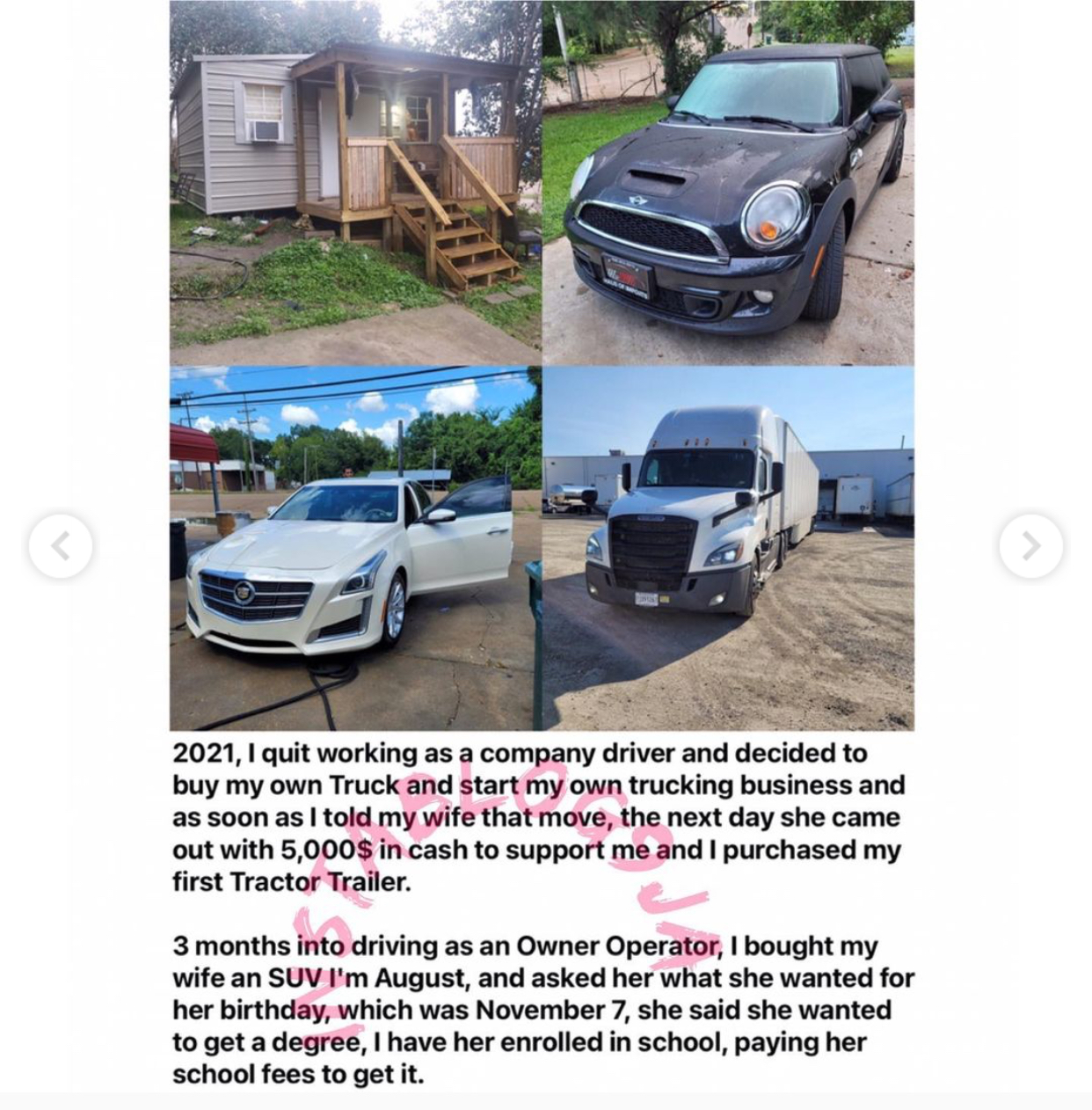 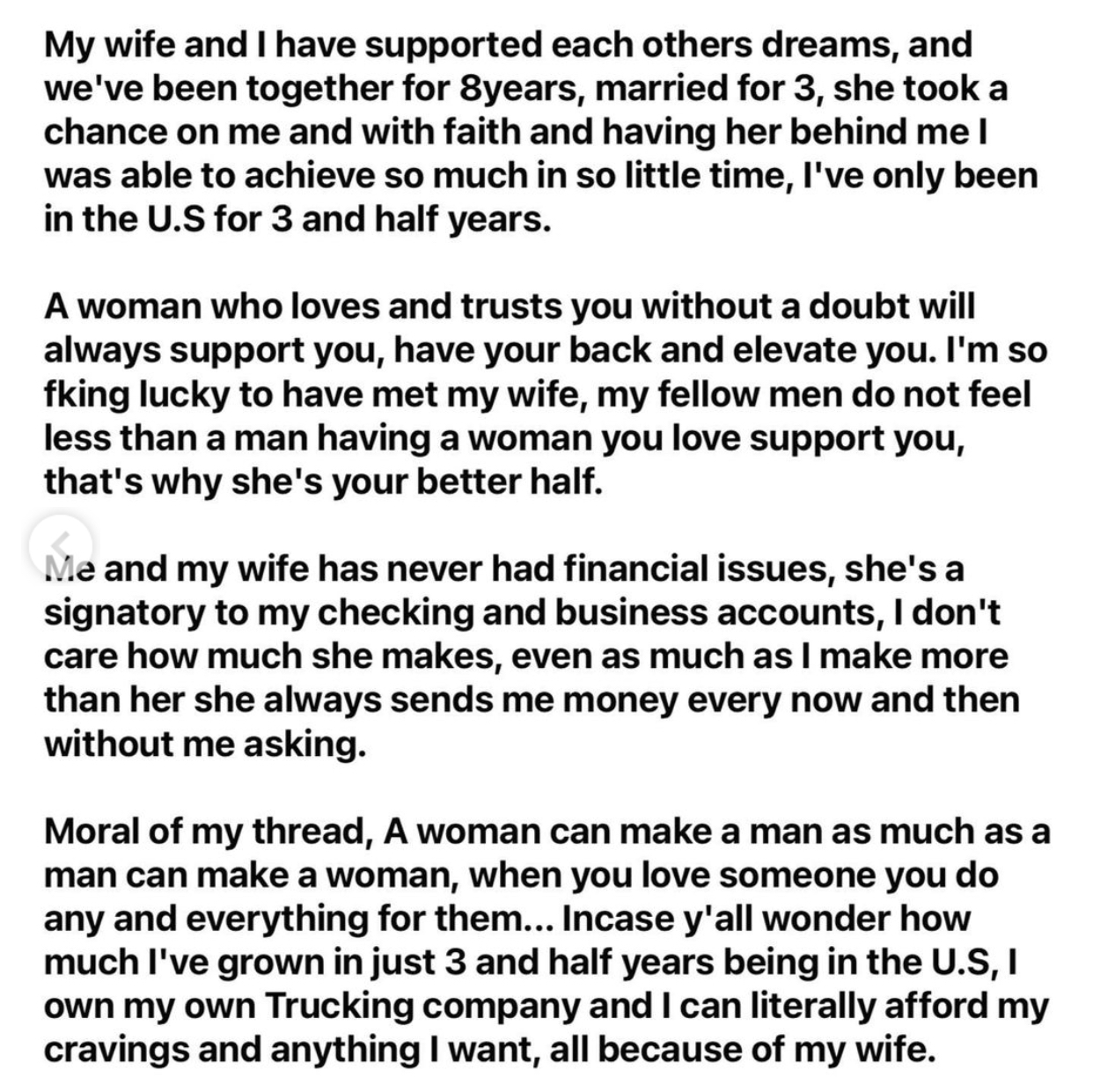 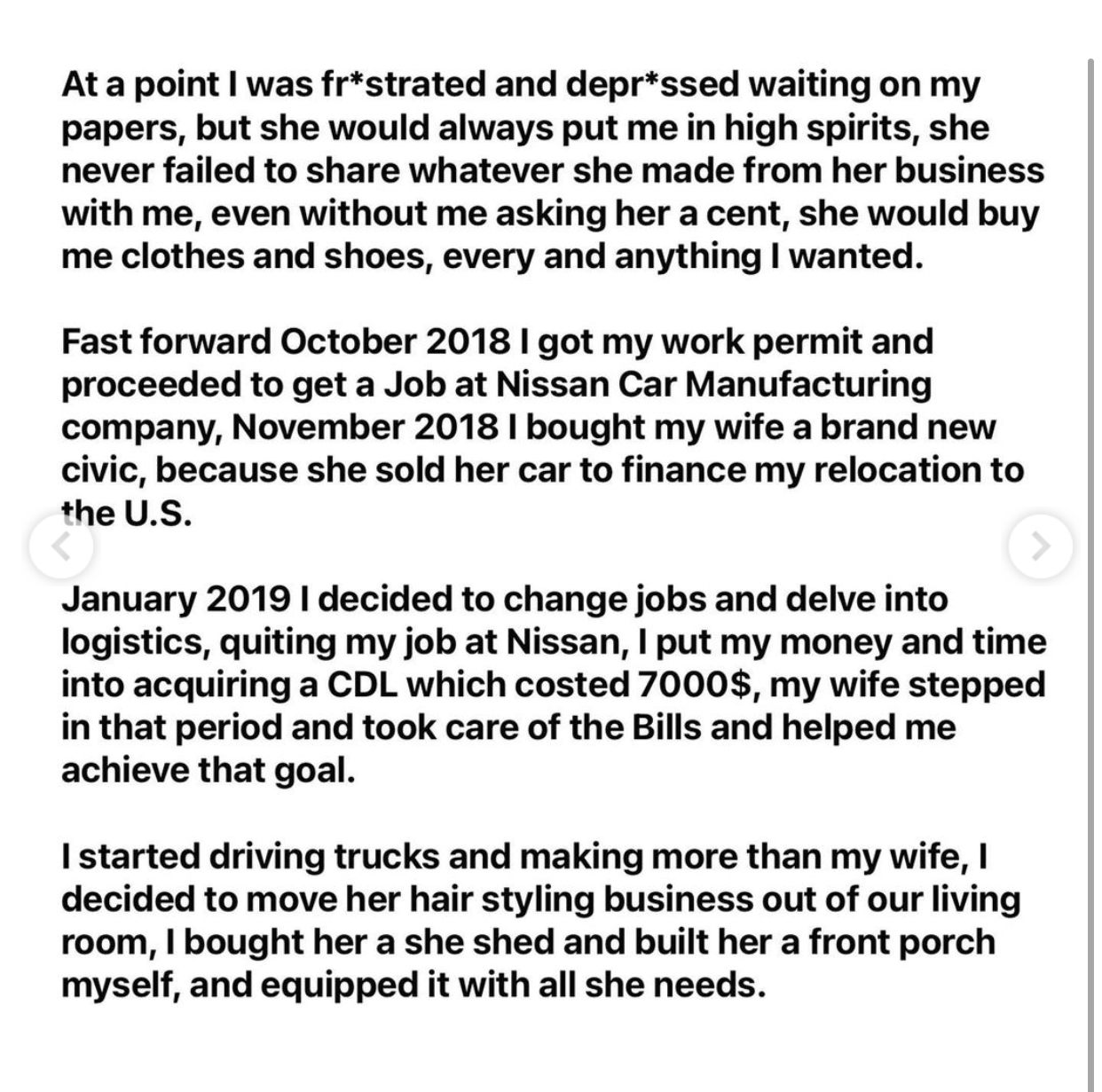