In a video going rounds online, two females and their colleagues were spotted fighting fiercely in a compound while people try their best to separate them. 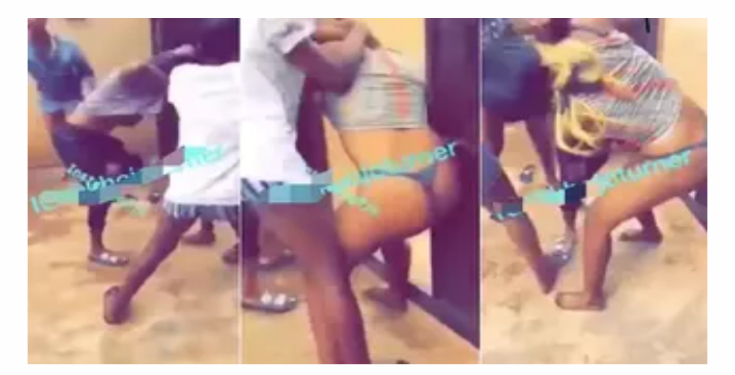 It is uncertain what may have called for the dramatic fight but a report from newsmen indicates that the two are fighting over a sugar daddy.

According to the report, the two ladies involved in the brawl are students from an undisclosed public university. Though the misunderstanding was between two ladies but one lady had help from her colleagues.

The report further indicated that they are f!ghting over an unkown sponsor. Whatever may be involved seems to be very important to these ladies to the extent that they are willing to undr£ss themselves for it.

Burnaboy’s Crew Attacked CDQ And Beat Him To Stupor – Video