Home Viral Video of a Lagos-raised US military officer pretending to be a Lagos...

An officer of the US Army was filmed acting like a Lagos bus conductor while on a US military jet.

The officer, identified as Simi Balogun, was raised in Lagos and has now gone viral after he did a video imitating a Lagos bus conductor.

“Ketu, Mile 12,” the US Army officer called, while hanging from the entrance of the military jet like a conductor hanging from a bus. 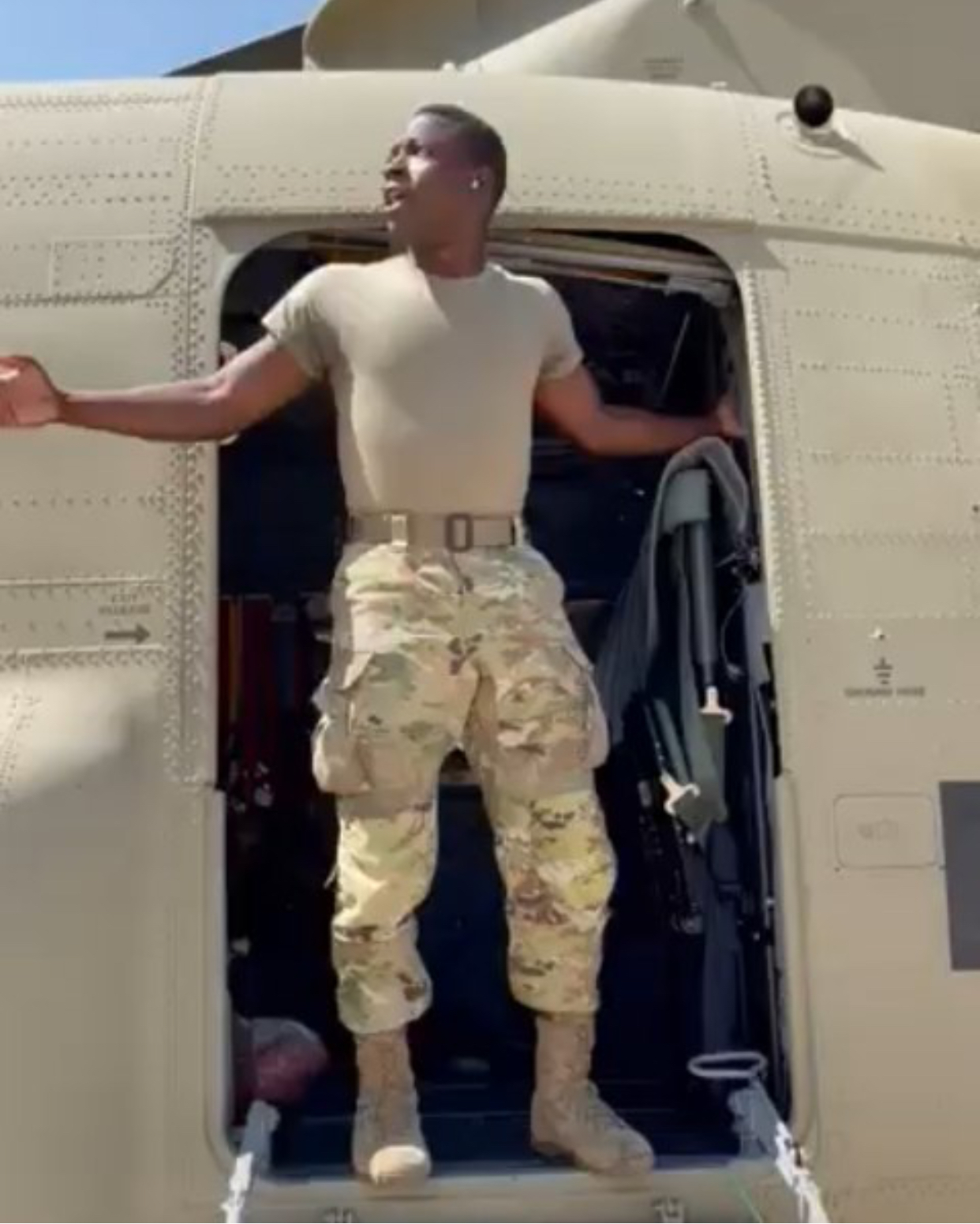 He then jumps down from the aircraft and adds in Yoruba, “Enter with your change o. There’s no change.”

The video has led to reactions from Nigerians, with many saying you can take a man out of Lagos but you can’t take the Lagos behaviour out of him. 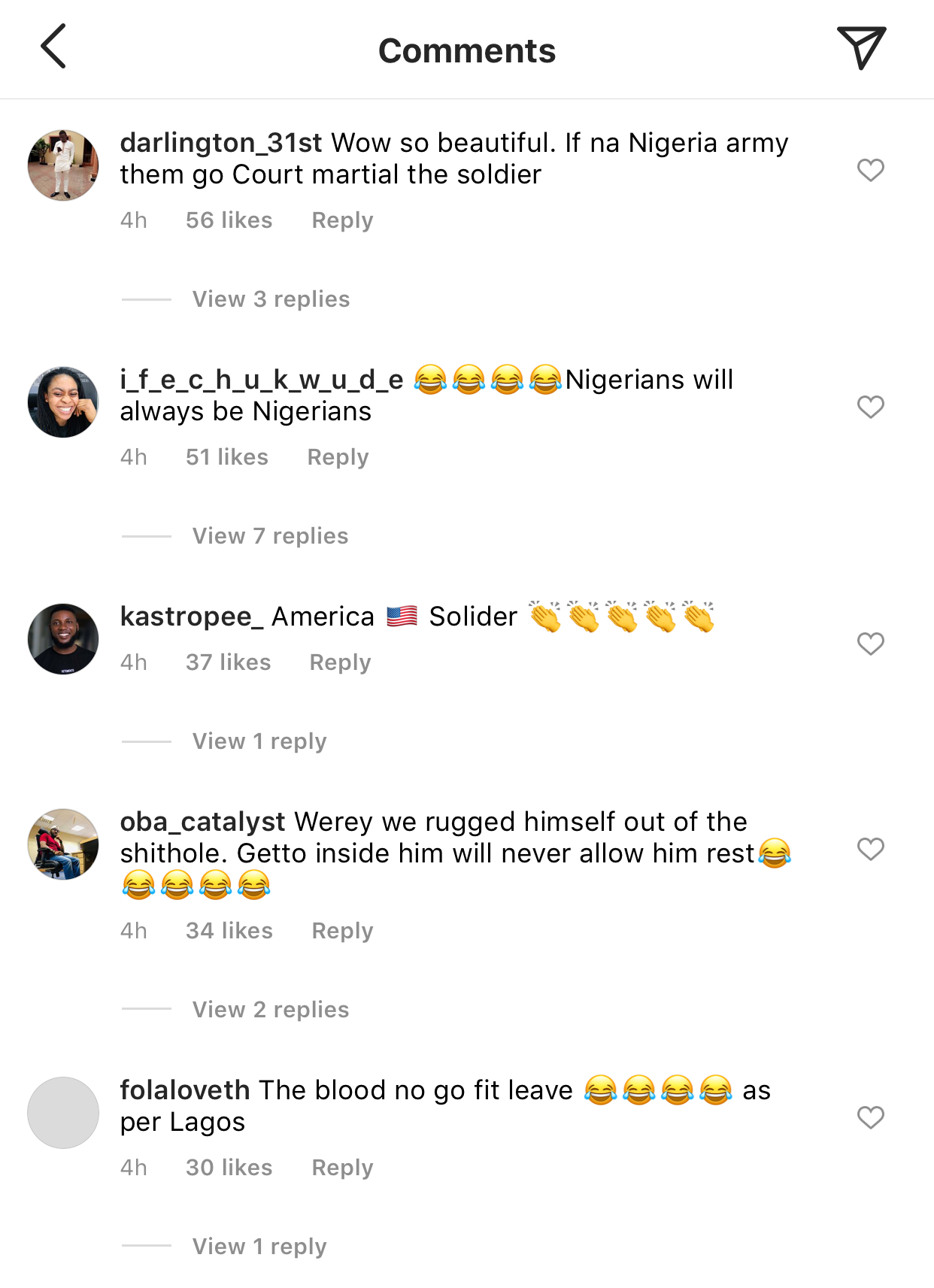 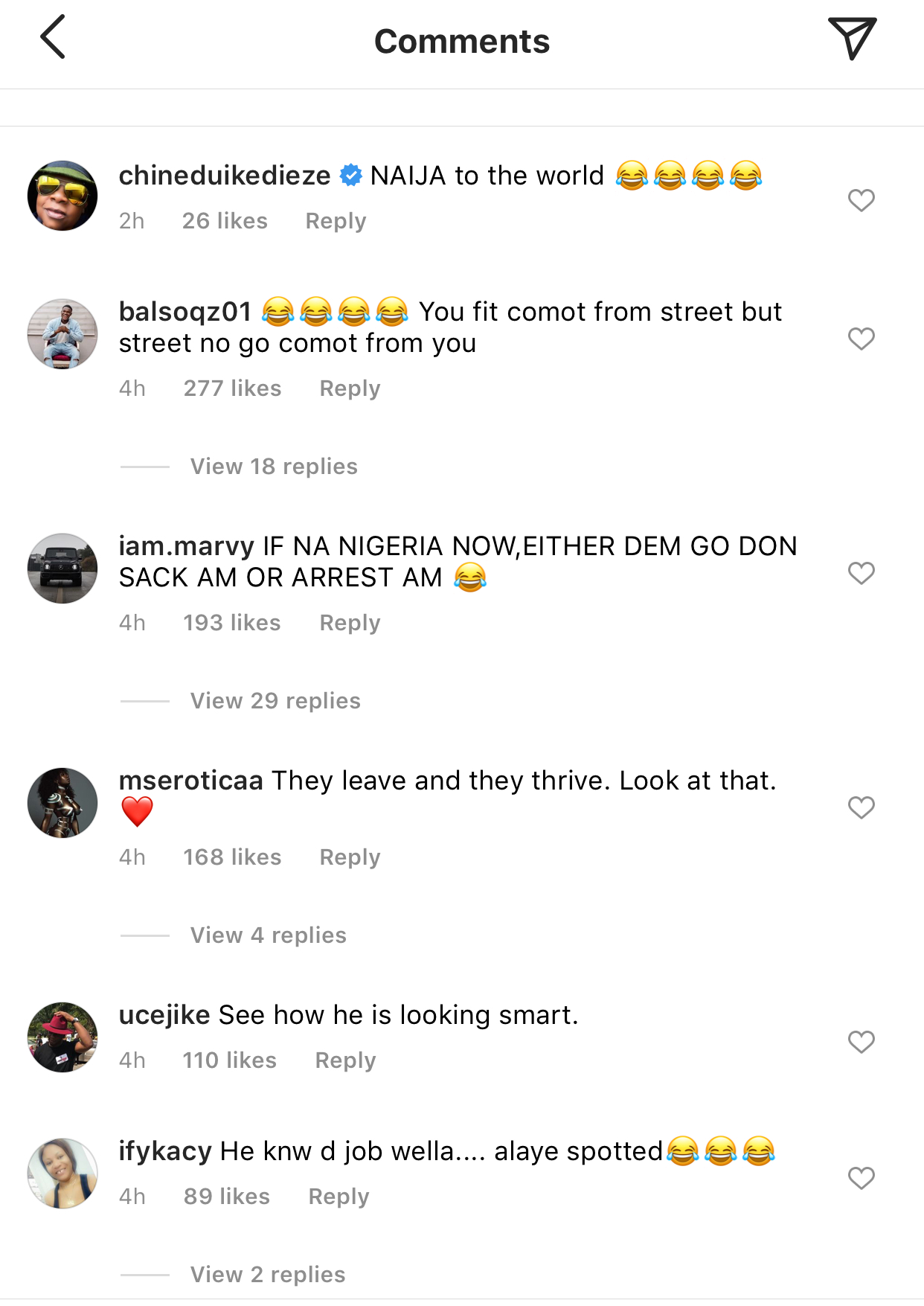