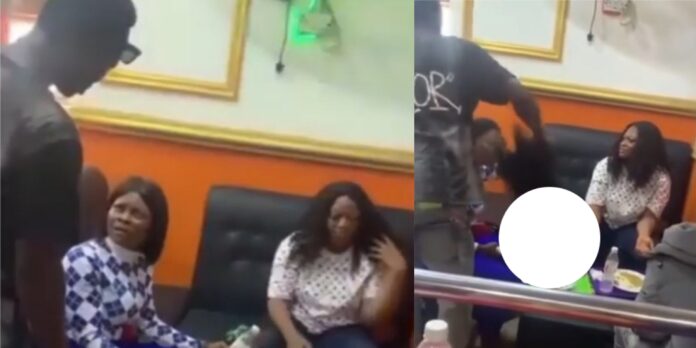 A video currently trending online shows a man snatching items off a woman’s body after he saw her dining with another man and a woman at an eatery. 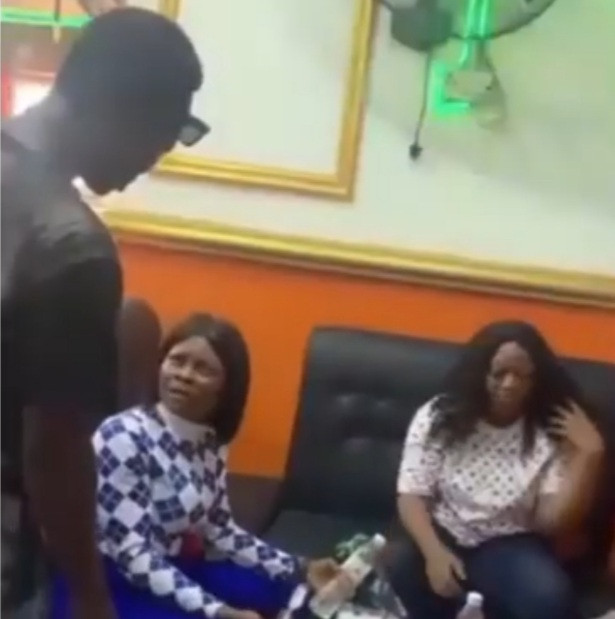 In the video shared online, the man is seen confronting the woman as she ate in the company of two others.

“Please stop embarrassing us,” the woman told the man.

This angered him and he bent to grab the woman’s slippers.

“What is this? What is the meaning of this?” the woman being confronted asked as the man tried to pull her slippers.

The man then pointed at the other man on the table and asked the woman: “Who is this person?”

When the woman couldn’t explain, he snatched her wig and then her phone, ignoring calls from others in the restaurant trying to caution him.

See the video below: