A video of former president, Olusegun Obasanjo doing some workout while dancing to music playing in the background has surfaced on the internet. 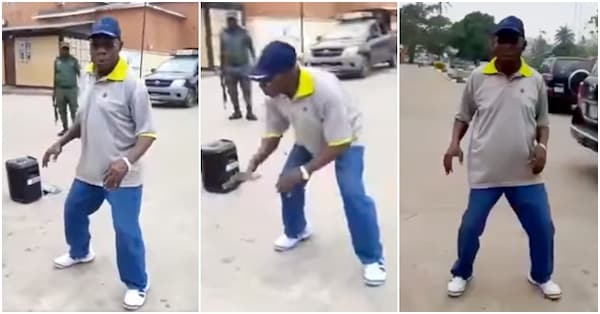 The former president who was adorned in a face cap, trousers, and white sneakers was seen alongside some people in what looked like a workout session.

The former president was seen displaying different workout positions while his co-workout participants hailed him.

The video has gathered massive reactions online and many Nigerians took to their handle to react.